You are here: Home / Archives for Newton

We have some random photos from recent photo shoots we thought you would enjoy even though they didn’t really fit into the blog posts with the rest of the photos taken at the time.

Ashton and the Cat Window Chair

Ashton’s standoff with Newton at the cat window included a photo of her peeking over the corner of the chair back. 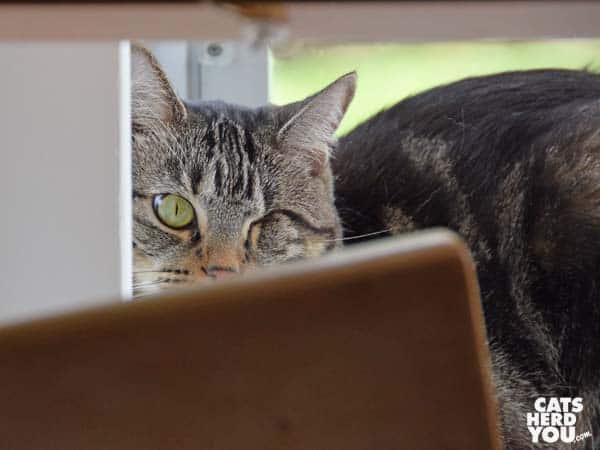 When we moved to this house, we knew the cat window would be a popular hangout. The problem turned out to be that it is right next to the kitchen table and chairs, and when the chairs were pushed in, there was a very narrow space for cats to jump up. Cats can’t jump straight up and then magically change directions to go forward in the air, so they would scramble at the windowsill to make it up there. The solution was simple, pulling the chair nearest the window out at an angle so the cats can use it as a step to get into the window. Ashton is peeking over the back of that chair in the photo.

Pierre looks so interested in something in this photo. This was part of the photos taken when he was hunting the hedgehog toy. 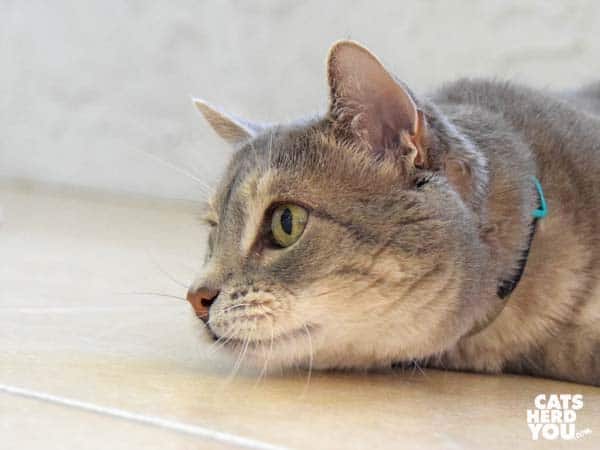 This entire photo shoot took place much earlier than it was published. We took the photos on a Saturday, and the next day was when he got so sick with what we didn’t know at the time was a pancreatitis attack. That scary week when he was so sick, we kept looking at these photos thinking how healthy and playful he was less than a day earlier, and we used them to explain to the vet how suddenly it had come on.

We didn’t publish any of them until he was feeling better because they all felt like they were part of that event. Thankfully, Pierre has been doing really well, and you would never know he’s a senior kitty. He is still crazy about that hedgehog toy, too!

The story about celebrating National Fried Chicken Day needed to be about Ashton, because she still hopes to open her Chicken Emporium someday. But we have to admit, Cupcake’s photo took the cake. Or is that took the chicken? 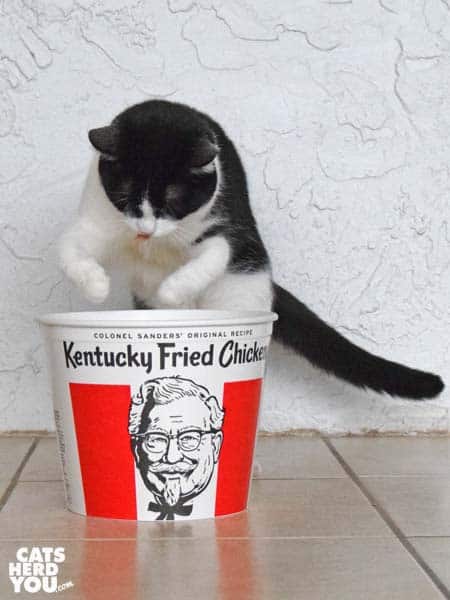 It really looks like she’s diving right into that KFC bucket, doesn’t it? She was actually backing out of it when the shutter snapped.

Diving in or climbing back out, she really did get some crumbles left over from Ashton’s part of the photo shoot, and that snack was what she thought was the important part!

Newton: Having a little sister around is tough. She pokes and and annoys me all the time. 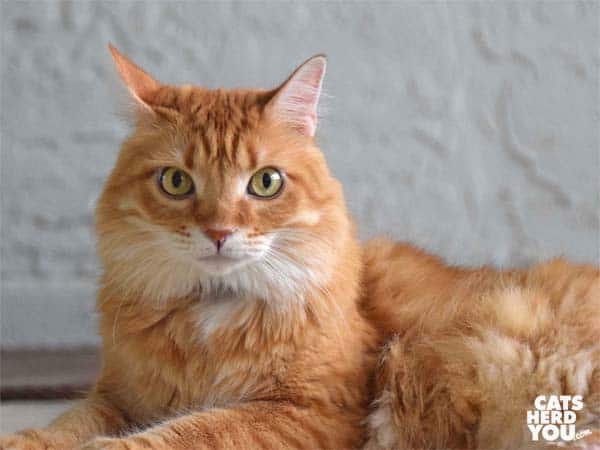 Newton: Then when I finally try to put her in her place, THIS happens.

If you are on a mobile device that doesn’t display the video above, you can watch it directly here.

Newton: You can tell I am totally innocent and it’s all her fault, can’t you? 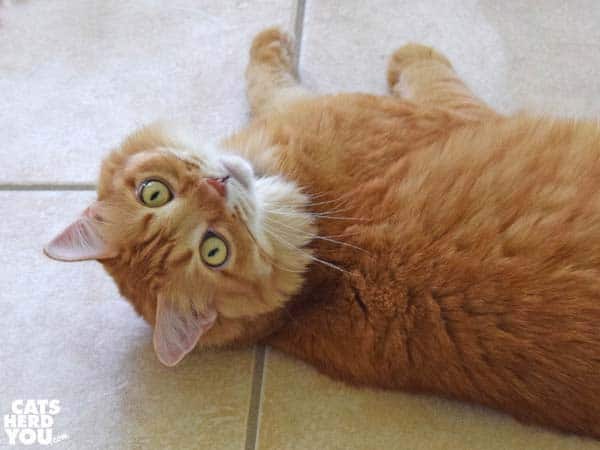 We got a couple questions about our Monday blog post asking what that silvervine stuff that made Pierre a mean drunk is. That’s a really good question!

Pierre: Who are you calling a mean drunk? 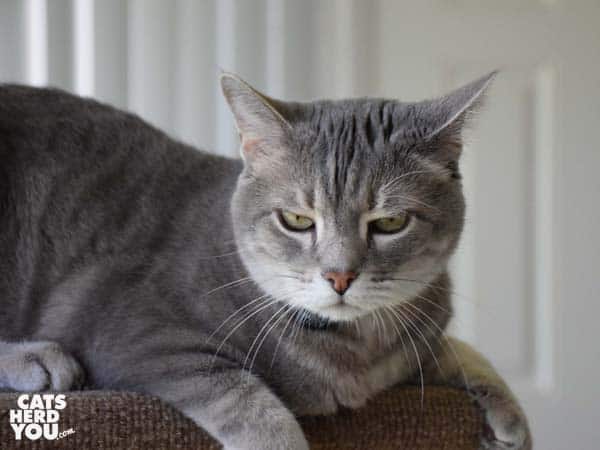 Silvervine is a plant whose actual name is Actinidia polygama. You probably aren’t familiar with it because it probably doesn’t grow where you live. It comes from the high elevations in the mountainous areas of Japan and China. 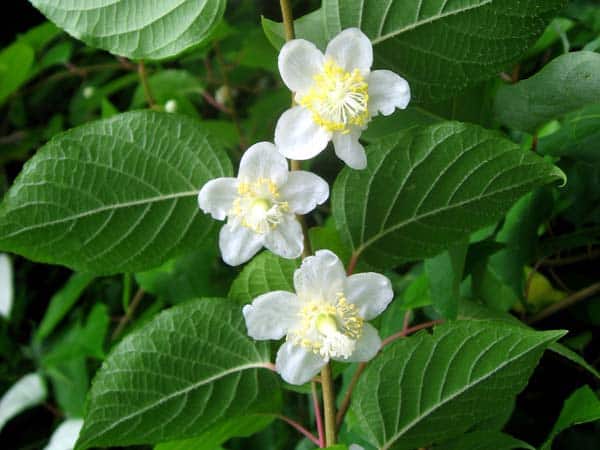 Silvervine and catnip having different chemicals that make cats respond means that some cats who don’t respond to catnip will show interest in silvervine. Other cats, like Pierre in our video from Monday, respond to both. The amount of enthusiasm varies by cat. 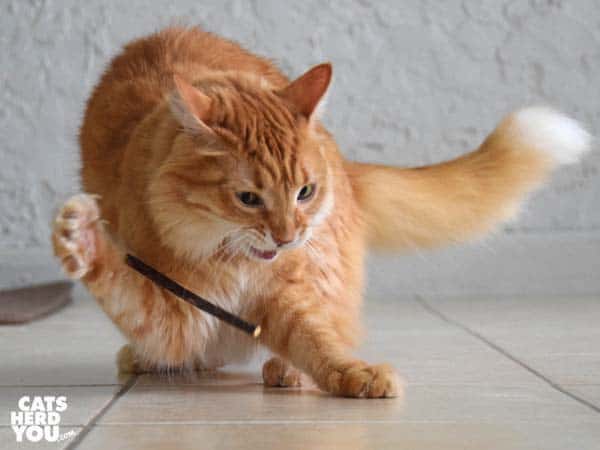 Newton is never short of enthusiasm

The silvervine plant is often ground into a fine powder for use by cats. There is a big surge in marketing “silvervine sticks” for cat dental health like the one Cupcake was gifted recently. Keep in mind that these often aren’t actually the stem of a silvervine plant but are pieces of wood that have been impregnated with silvervine scent. If you happen to see dried silvervine fruit or fruit gall, it carries a much stronger payload of actinidine for a cat to enjoy. 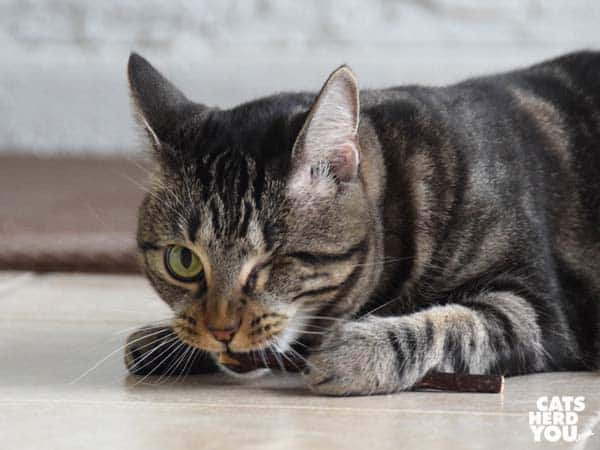 If your cat does enjoy silvervine in a toy, always be sure the toy, whether it is a stick or other form, is safe and supervise if necessary. Enjoy the fun times! 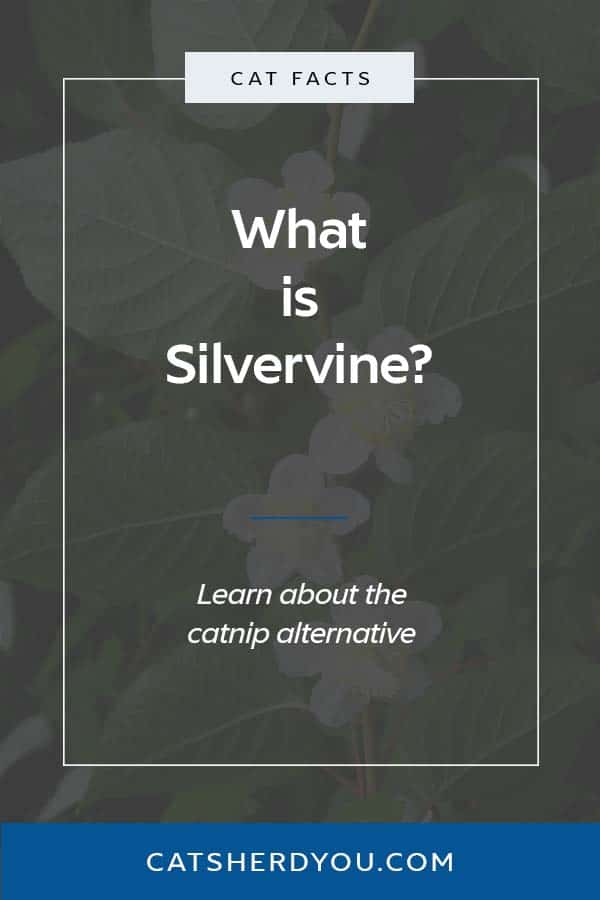 Newton: Watch out, Ashton. I’m coming in. There’s a squirrel out there on the feeder! 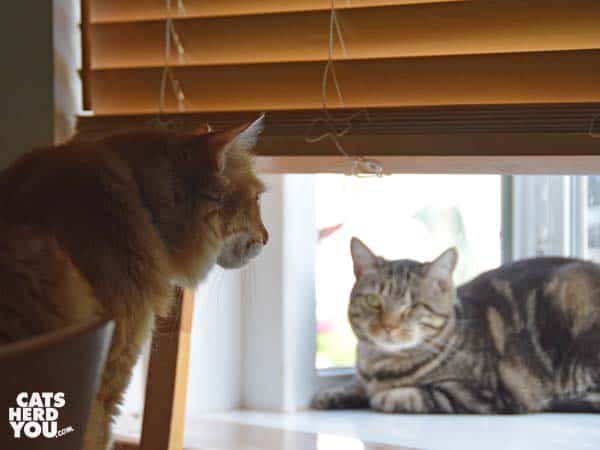 Ashton: I don’t see a squirrel. And even if I did, I was here first. You need to wait your turn. 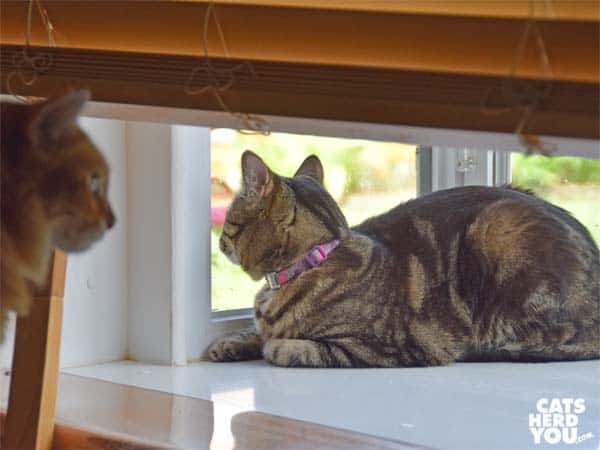 Newton: But you aren’t even looking!

Ashton: So? This isn’t the cat looking window. It’s just the cat window. I’m a cat. So it’s my spot right now. 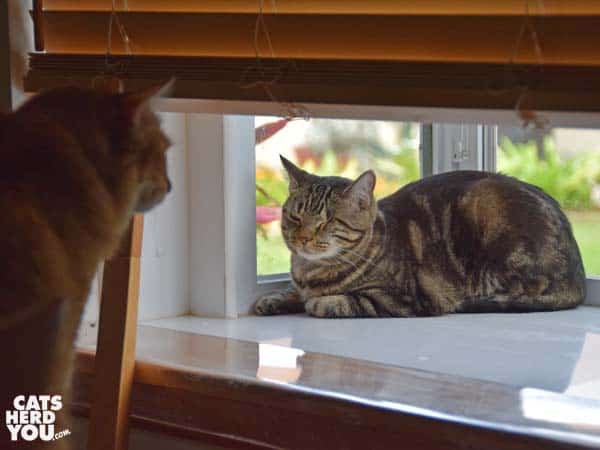 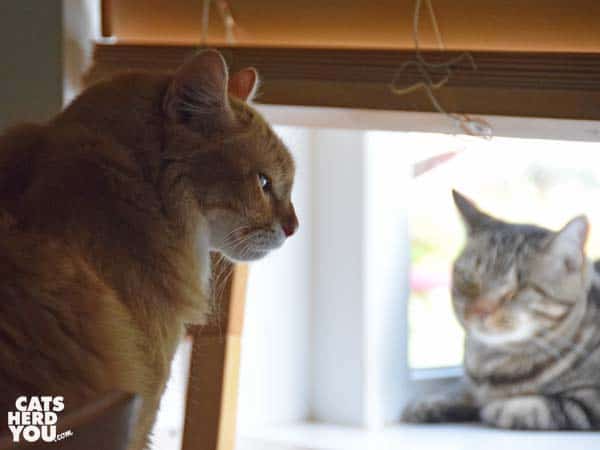 Newton: Last I looked, I’m a cat, too. A handsome one. So I should be able to sit in the cat window, too. Move over, Ash. 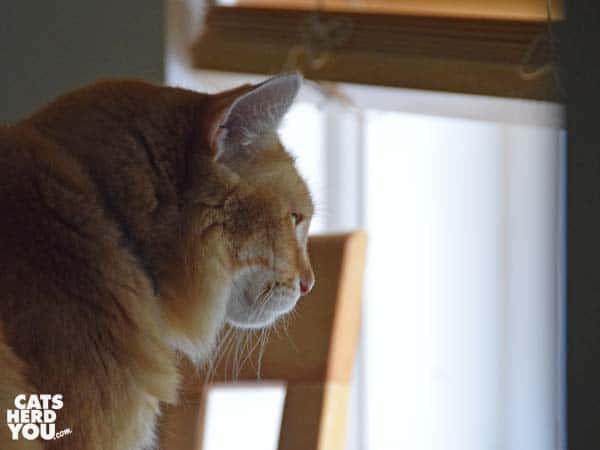 Ashton: Sorry, this window has an occupancy limit of one, especially when there’s fuzzy brother involved. Maybe you need to put in a reservation next time.

Newton: Do squirrels take reservations, too? 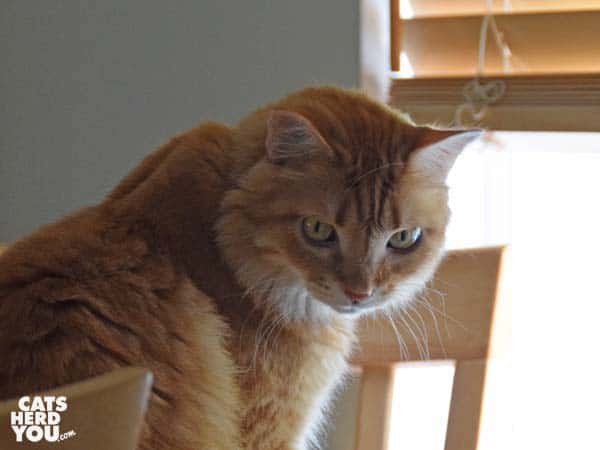