A friend of the family came by the coffee shop recently and brought Cupcake a silvervine stick. She had a great time playing with it to pass the time while the humans talked about boring things that don’t interest cats. 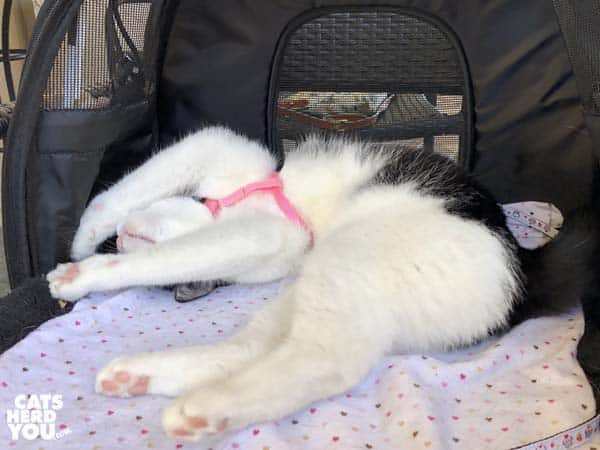 You can see how much she enjoyed it in this short video:

If the video above does not display properly on your screen, you can watch it here.

Once Cupcake arrived home, the silvervine stick was left in the carrier in the living room while Cupcake went off to take a nap. It didn’t take long for the resident catnip-head, Pierre, to find it. 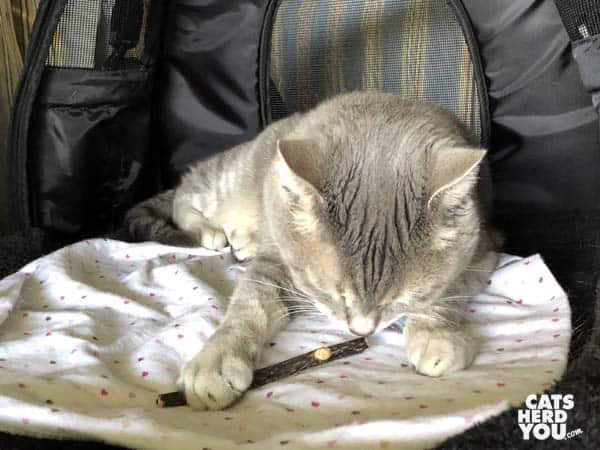 We aren’t sure which Cupcake was more concerned about, the fact he had her silvervine stick or the that he was in her carrier. 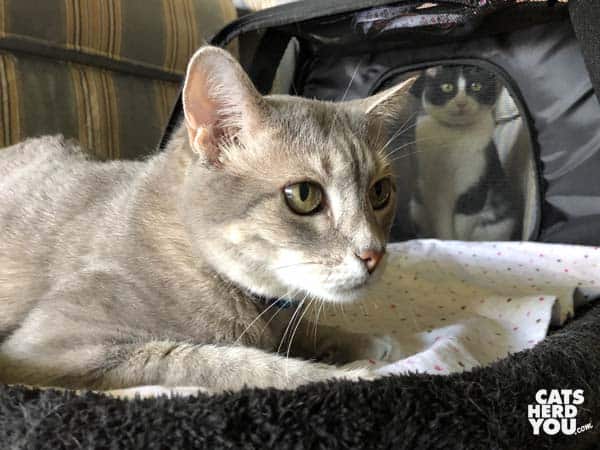 Pierre finally noticed he was being watched. 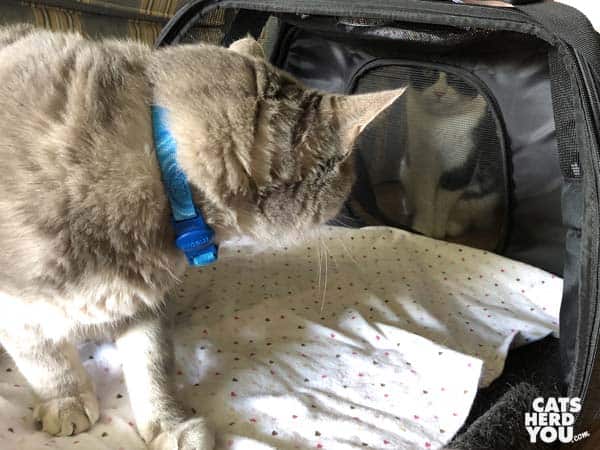 Guess what happened next!

If the video above does not play properly on your screen, you can watch it here.

Pierre doesn’t seem to want to share either the carrier or the silvervine stick with anyone.

Big thank you to Miss Cheryl for the silvervine stick. It’s a big hit with everybody!