Ashton: Hey, there’s an egg here. Is this part of how we are going to save the chickens?

Newton: That’s not a chicken egg. Can’t you smell the catnip in it? Girls are so strange.

Ashton: I don’t do catnip, that’s your thing. I do chicken. 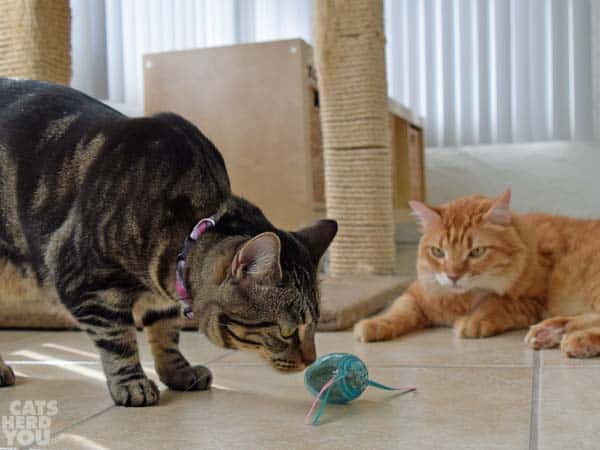 Newton: Did you hear that the head peep found chickens at Global Pet Expo this week?

Ashton: She did? Really?

Newton: Really. People are keeping them in their back yards. Maybe that’s why you thought we were running out. You weren’t looking the right place. 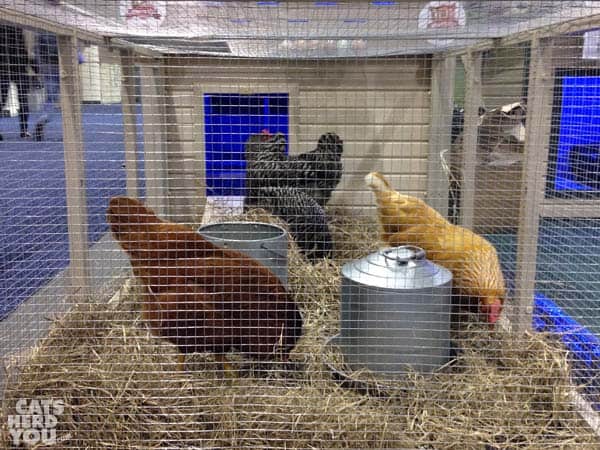 Ashton: Why would people hide chickens in their back yards? Don’t they know I need them for my chicken emporium?

Newton: I don’t think they’re hiding the from you.

Ashton: Why else would they be hiding them there, then? 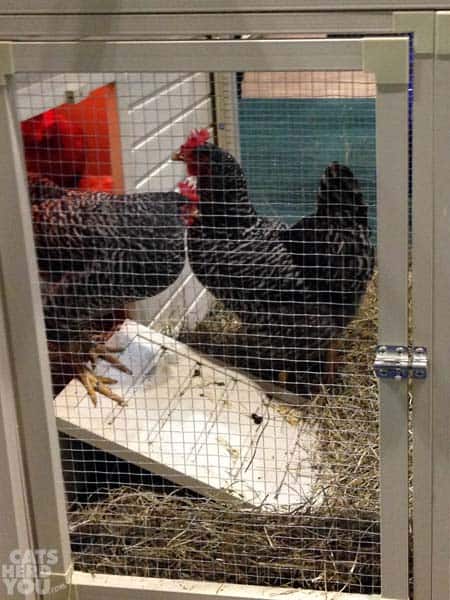 Newton: They’re keeping them as pets.

Ashton: That doesn’t make sense. You don’t taste your pets.

Newton: They aren’t tasting them. They’re taking care of them. There was even a chicken there in a wheelchair. 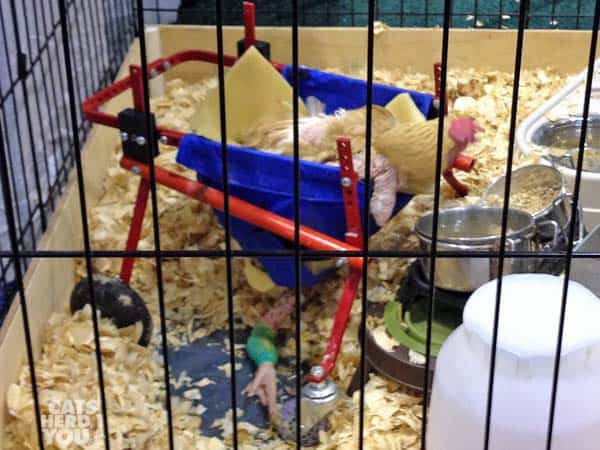 Ashton: Well, the wheelchair will make it easier to catch, at least. How fast do you think it can go? I might have to start working out.

Newton: Ash! That’s not what people want you do to with their pet chickens.

Newton: So the dinosaur emporium is really dead?

Ashton: As dead as the dinosaurs, Newt.

Ashton: Oh my COD, the message that Newton wrote in the sky last week is fading. 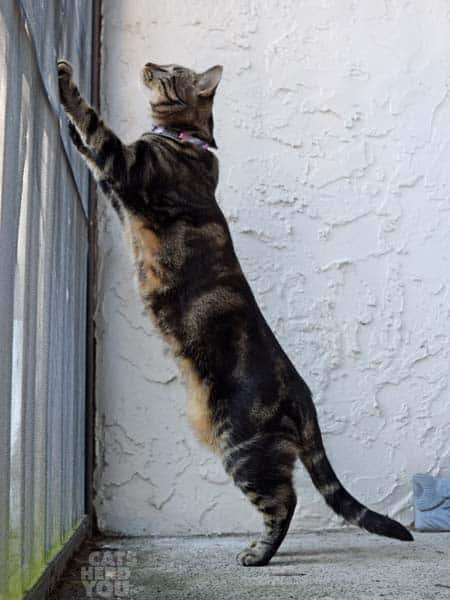 Ashton: We were finally starting to raise awareness of the chicken shortage, and now the message is blowing away! 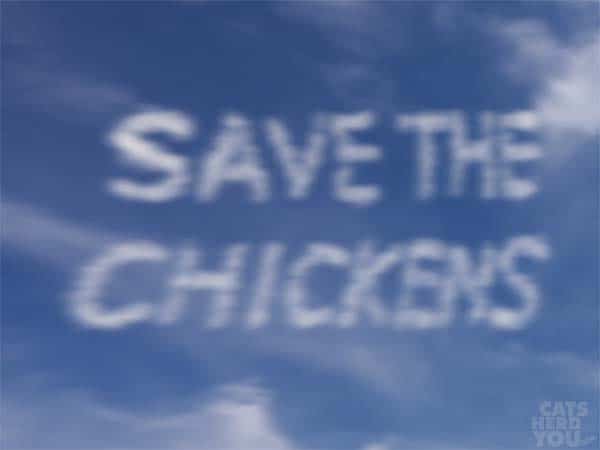 Ashton: What am I going to do? No chickens means I’ll never open my chicken emporium! People need to conserve chickens! 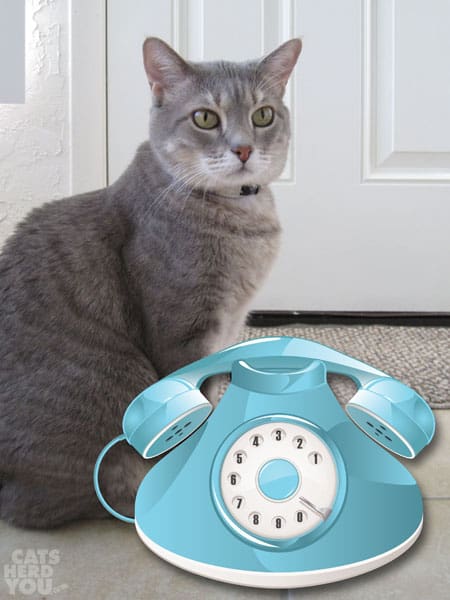 Pierre: All right, I didn’t get you a skywriter, but this is even better. 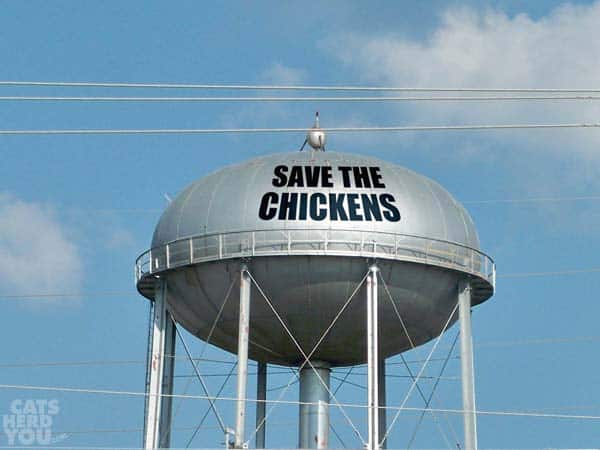 Pierre: And one more. 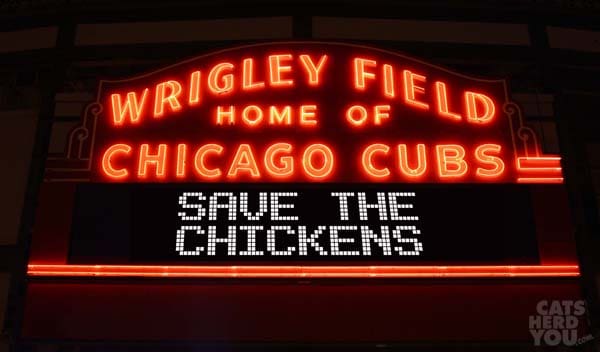 Ashton: Well that should get the message out. If everybody is saves the chickens, I’ll be able to taste them in my emporium any day now.

Ashton: My telethon failed. The chickens won’t be saved. My chicken emporium will never happen when the chickens go extinct.

Newton: Couldn’t you just dream about something else? Like cheese? I haven’t heard anything about cheese extinction. 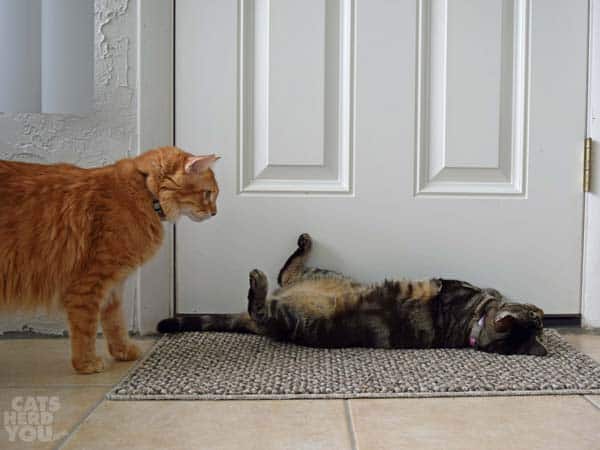 Ashton: No, Newton. You can’t just change your dreams like that. Cheese isn’t the same. You don’t understand what it’s like to have your dreams crushed.

Newton: I don’t want to see your dreams crushed. You aren’t even any fun to chase around the house like this. If you can’t have a telethon, I’ll help get the word out. 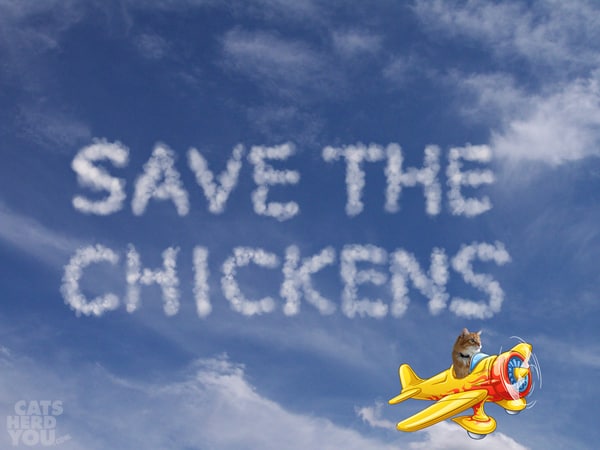 Ashton: Wow, Newton! People everywhere are going to see  that! 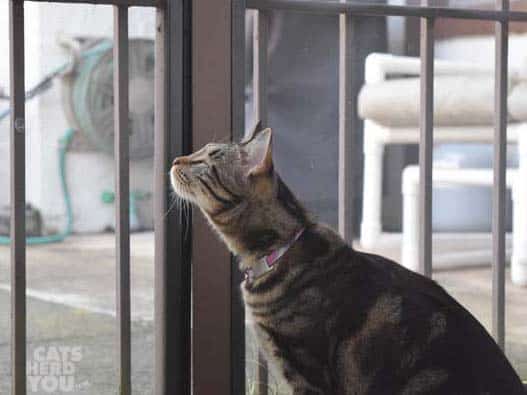 Ashton: Can you see the message from your house, too?

Ashton: We’re running out of chickens, and this is a serious situation. Since no one else wants to take this seriously (I’m looking at you, Newton), I’m kicking off the Save the Chickens telethon.

Newton: Are you sure this is a good plan?

Ashton: Of course it is! Better than your plan, for sure. So here’s the deal everyone, you call me with your pledges. I’m standing by now to take your calls to help save the chickens. It’s not about my emporium — well, it is about my emporium, and my job as taste tester there. Think of it as being about the fuzzy chicks. They need your help! 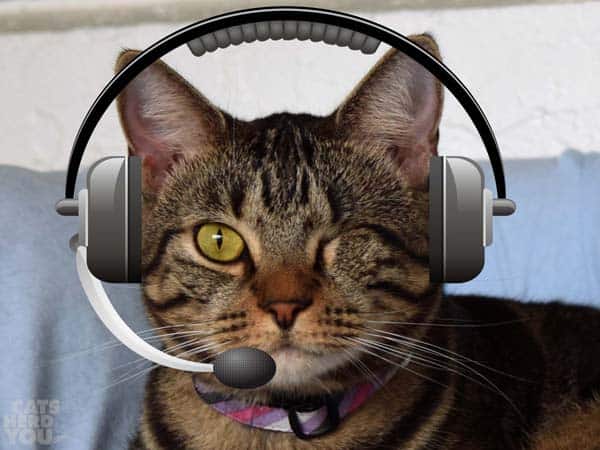 Newton: Wow, I didn’t think she could move that fast. 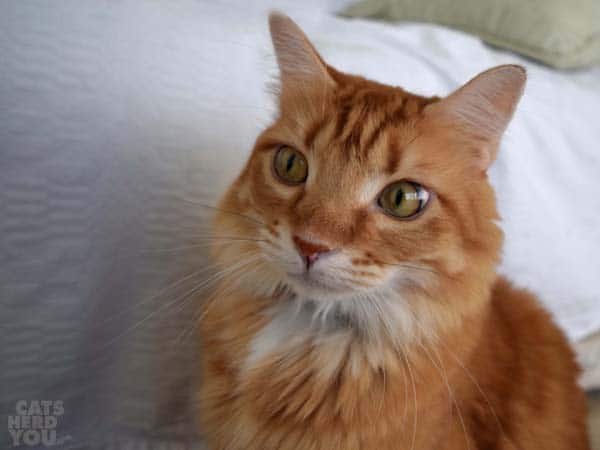 Newton: Ash, what are you doing under there? 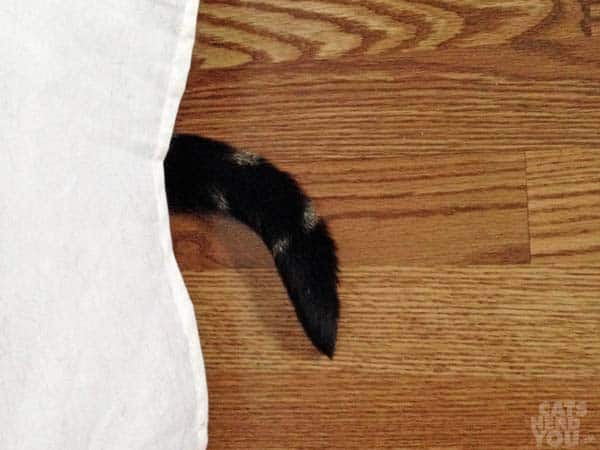 Newton: Well…. That’s what happens when you ask people to call you.

Ashton: I don’t like the phone ringing. We’ll have to think of another way to save the chickens.