When the head peep got home from work on Friday, there was a gift waiting for Ashton by the front door. What could possibly be in this complete surprise gift? 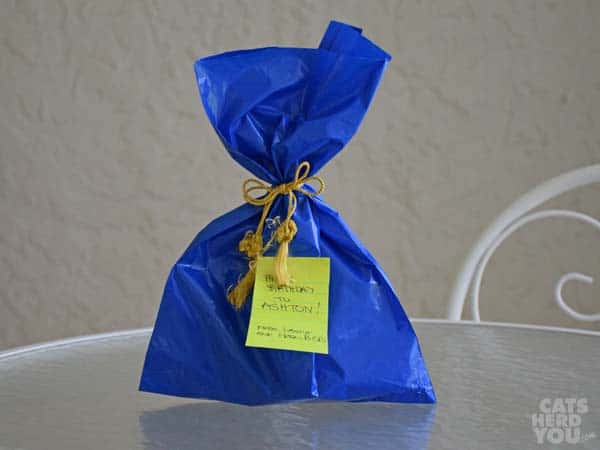 It’s a dancing chicken… what else? 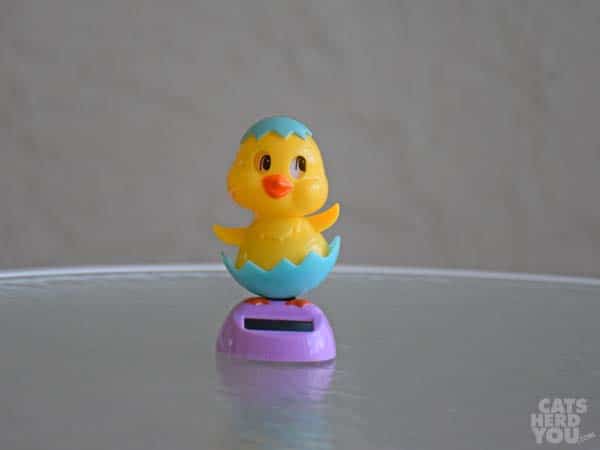 Ashton: Don’t even think about putting your paws on my chicken! 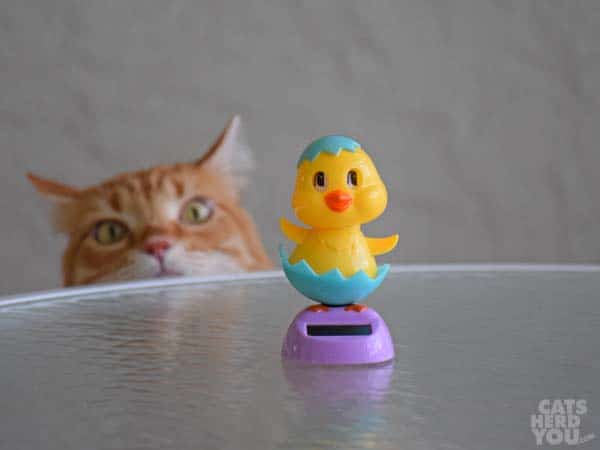 Ashton: * SLURP *  Tastes like chicken! Thanks so much, Linda and Bob! My new chicken was a big surprise, and I’ll be including it in my chicken emporium. 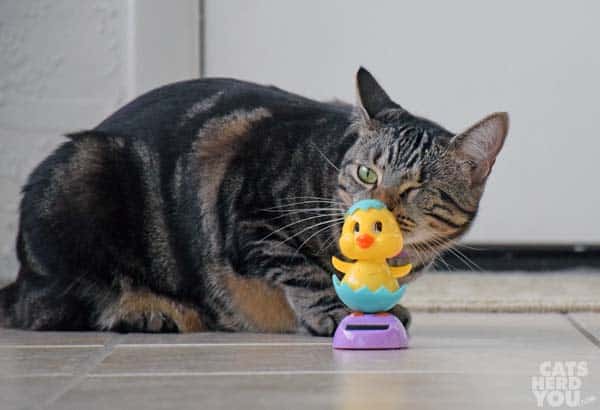 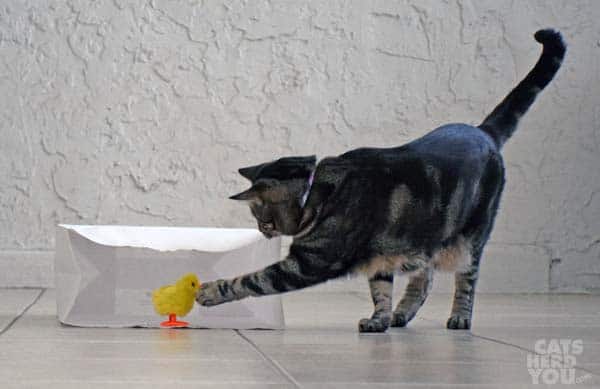 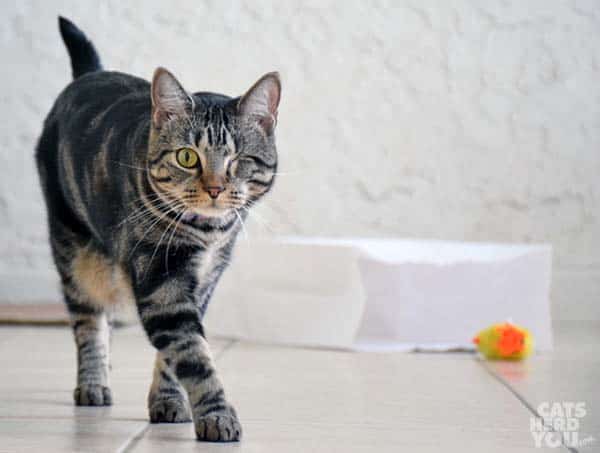 Did you see the rest of Ashton’s chicken capers? If not, you can catch up on her adventures.

Pierre: Whoa, check it out! Talk about a big bird! 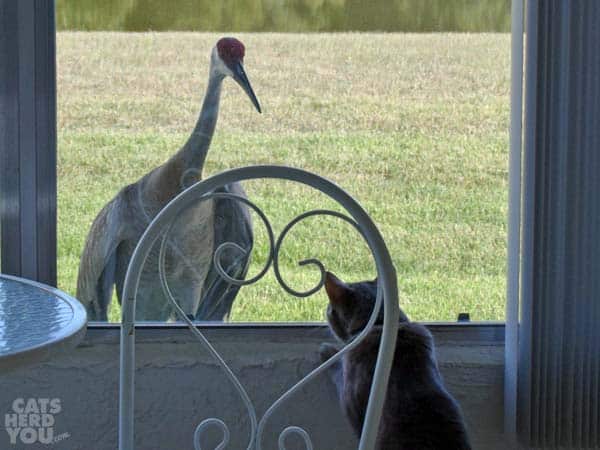 Pierre: Ashton, come quick! I found a chicken for you! 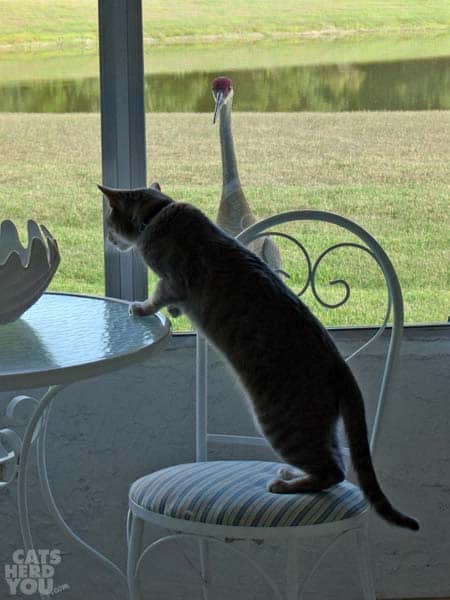 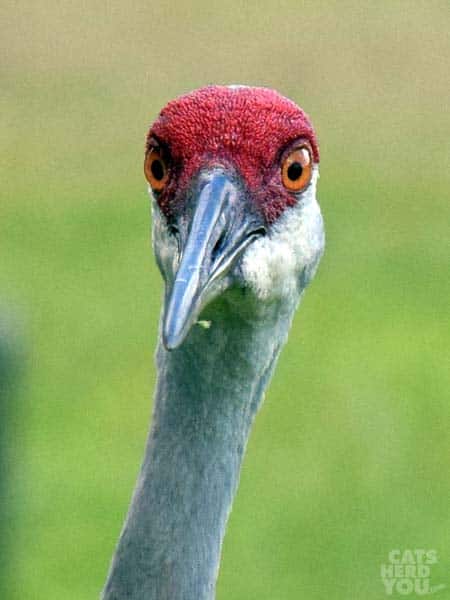 Ashton: You interrupted my nap for that? That isn’t a chicken. It’s a sandhill crane. 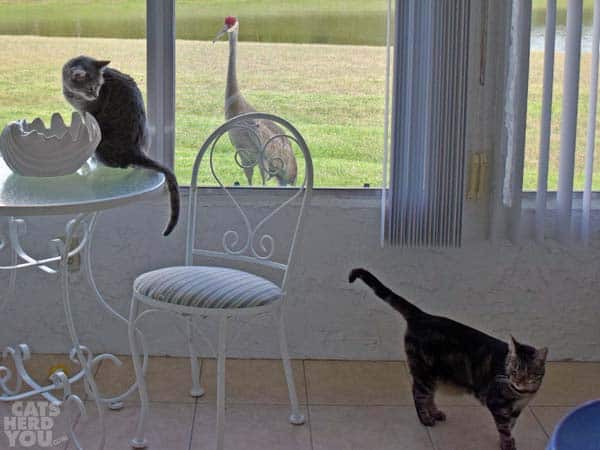 Pierre: Could you at least cluck or something? 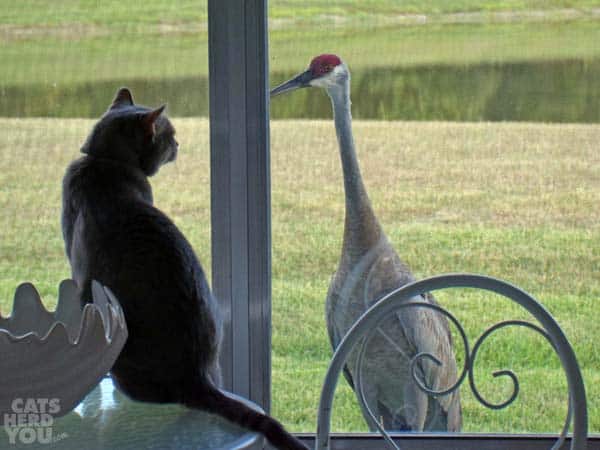 Did you miss some of our chicken capers? You can catch up any time!

Newton: It’s folded paper. I can just go underneath —

Ashton: No, it’s a map. Humans use them when they don’t know where they’re going.

Newton: To the store to get cat litter. That’s where they should be going. You should smell what Pierre did in there.

Ashton: Over there by you, do you see it? It says Two Egg.

Newton: I see it.

Ashton: We found where chickens come from!

Newton: But what are we going to do about it? We’re here and they’re on the map.

Ashton: Don’t you get it? If we have a map, we can figure out how to get there. And if we have the eggs, we would have the chickens!

Newton: What’s that sound? Is it car keys? Are we going to the vet?

Ashton: Come out from under the sofa! We aren’t going to the vet. We need to go to Two Egg!

Newton: YOU go to the vet. I’m staying under here. 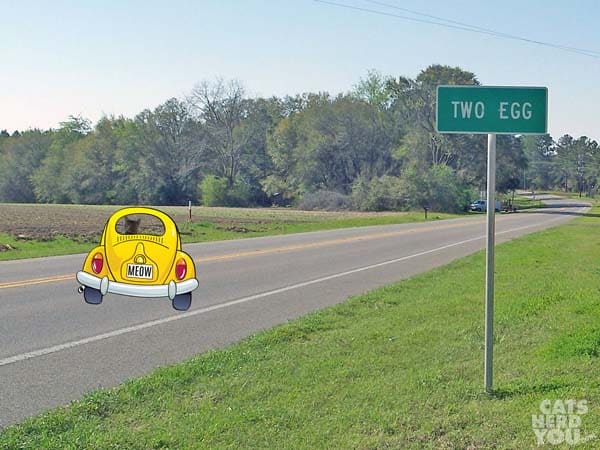 Pierre: We’ll see who gets those chickens in their eggs…