This was originally scheduled to publish last December and never did. We thought you would enjoy it seeing it now.

Pierre: Do you like my new bed? It’s very comfortable. Don’t tell Newton it’s better than is favorite cardboard box, but it has fancy windows to let me see out. His box doesn’t. 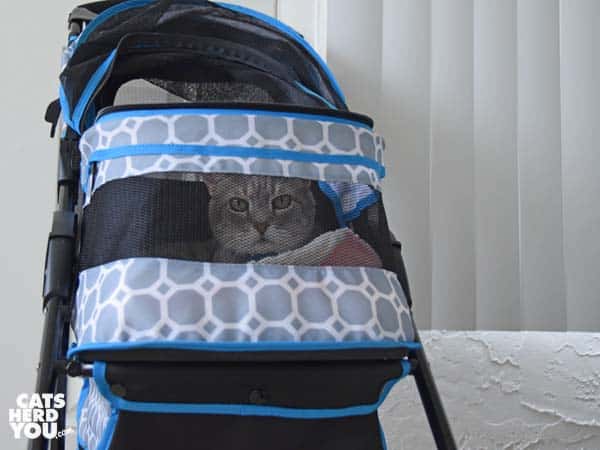 Pierre: I really like the plush blanket in it, too. It makes naps extra dreamy. 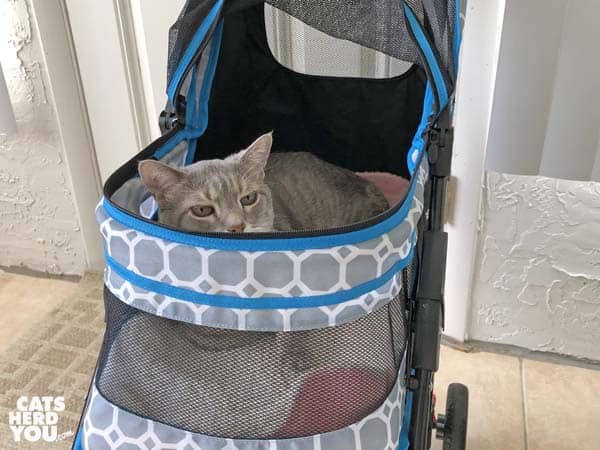 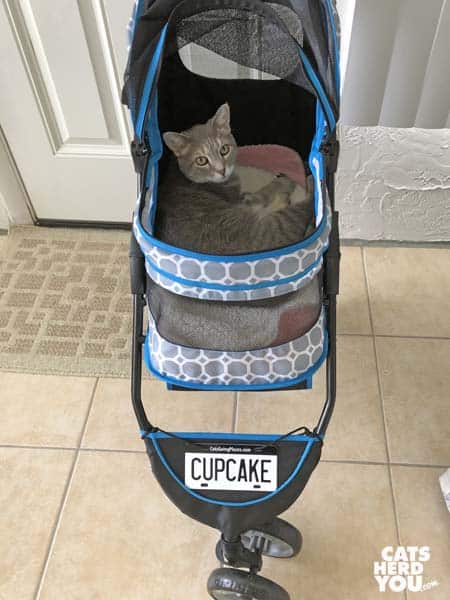 Pierre: Why do the humans who see me in my new bed keep asking, “Is your name Cupcake?”

Ashton is a timid cat, and she doesn’t like to try things that are new to her. Over the colder months of winter, she noticed it was warmer to sit inside the Sleepypod on the end table than hang out in the drafty sunroom, so she took up residence there, all day long. 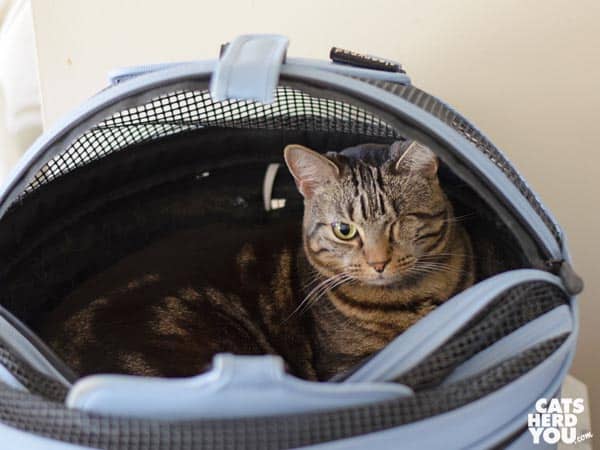 The humans will wonder where Ashton is until they see her little ears move inside the Sleepypod. It isn’t winter any longer, but it’s still her daytime hangout. 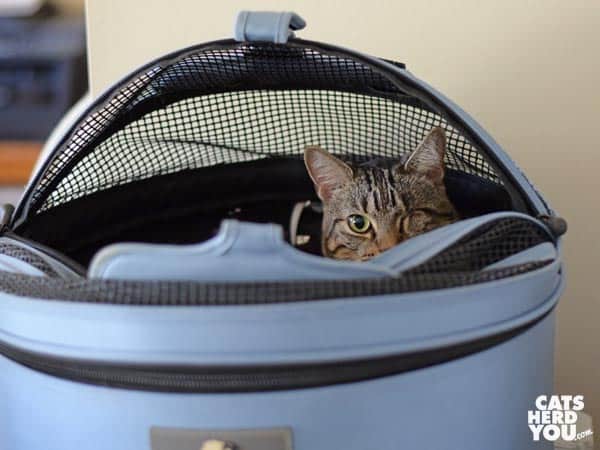 When a trusted human comes near and scritches her chin, Ashton rolls over to show her pumpkin-colored tummy. 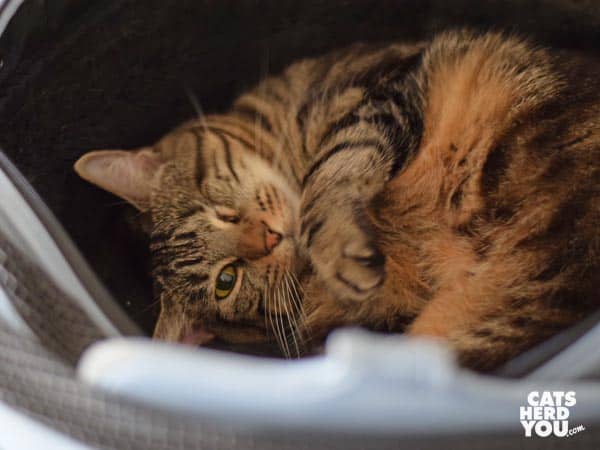 Pumpkins may be out of season, but Ashton never is.

Cupcake: When we go out and I seem bored, I get to play with my toys. 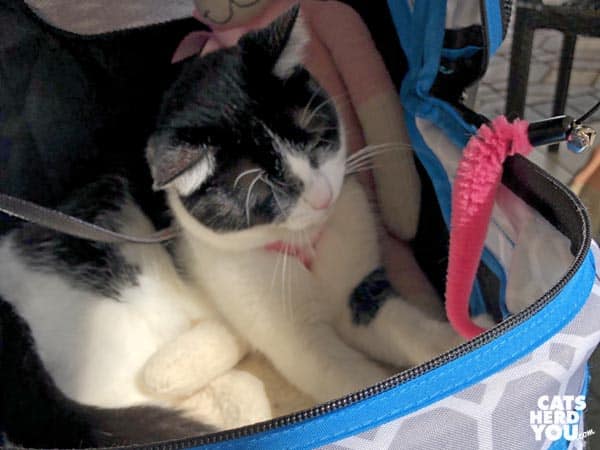 Cupcake: Over the weekend, I got to play with the pink worm. 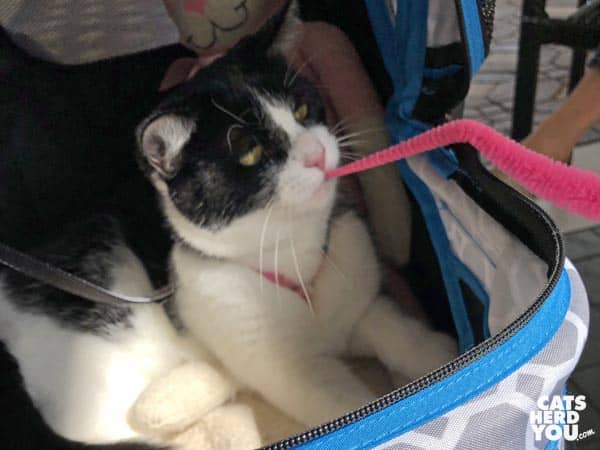 Cupcake: Where do you think you’re going, worm? 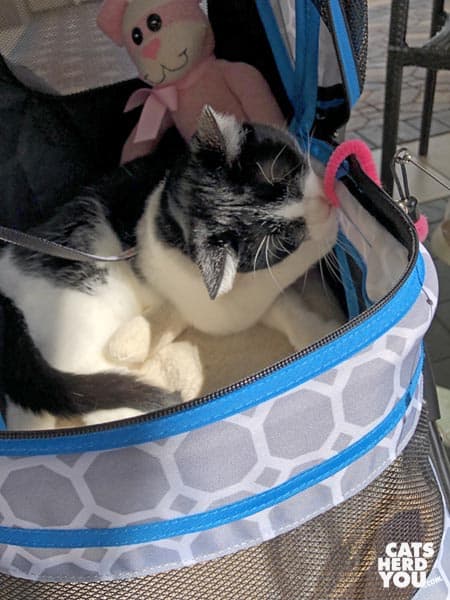 Cupcake: If I grab the worm’s tail, maybe it can’t get away. 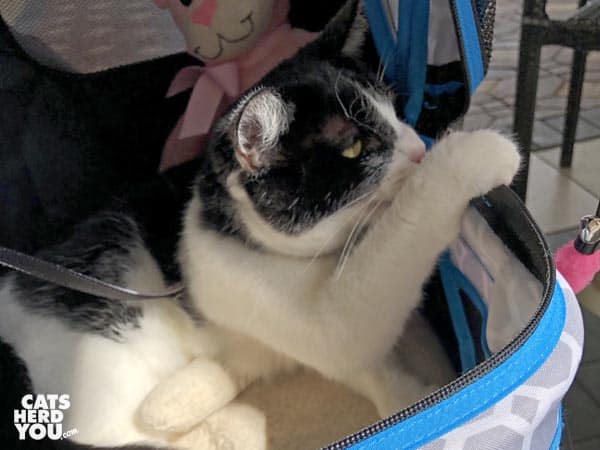 Cupcake: Can you bring the worm back, please? 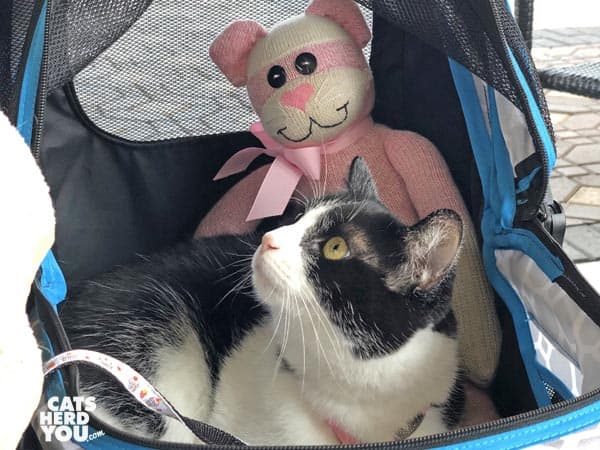 When Cupcake has an outing, she often gets a little recreation time in our garden beforehand. She checks out our flowering shrubs, which are confused about whether it’s time for spring already. 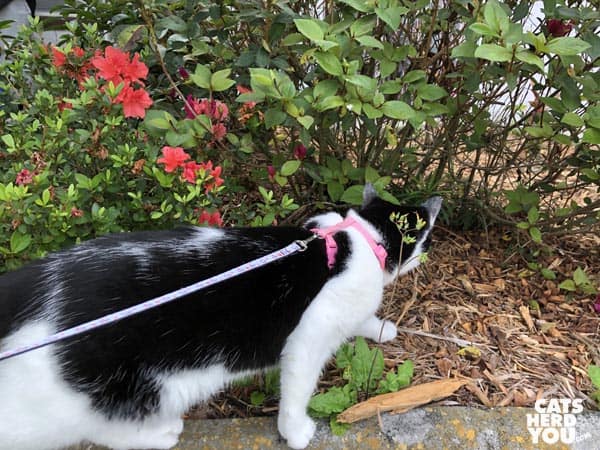 Cupcake doesn’t look in the shrubs because she wants to become a horticultural kitty. She is looking for the lizards she often sees from inside the house. When she sees one, she dives in after it. 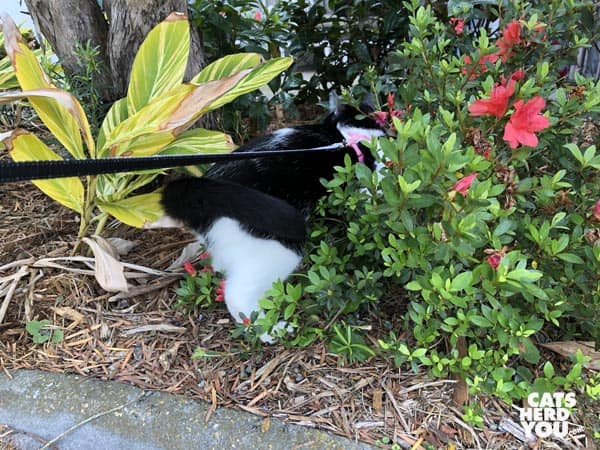 She emerged with some clover and a lizard. Lizards can carry parasites, so it isn’t a good idea to encourage your cat to eat them. I tried to get her to drop it. 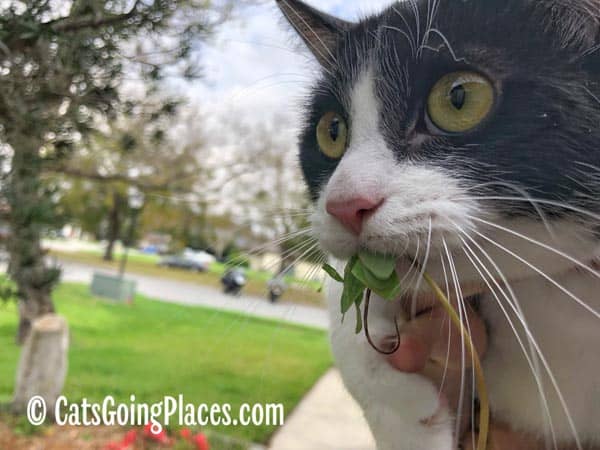 She used her paw to stuff it back in, and the lizard was never seen again. 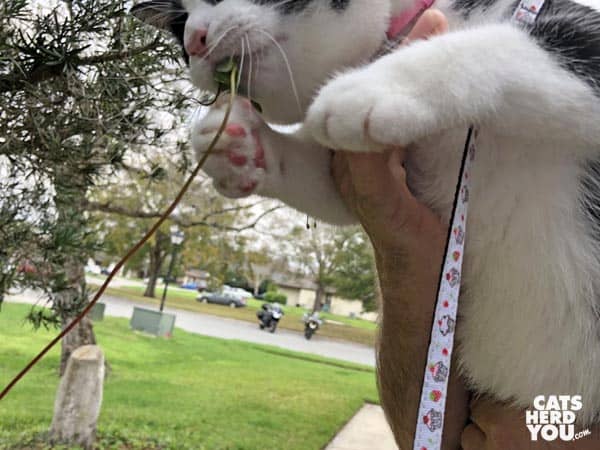 Cupcake! How could you?

She caught another a few minutes later we managed to get loose from her jaws. The lizard then crawled up her face. I wished I had video of that and her surprised and frustrated expression at that moment.

After that, Cupcake was all worn out for our visit with her buddy, Rocco, at the coffee shop patio. Too much excitement for one cat’s morning. 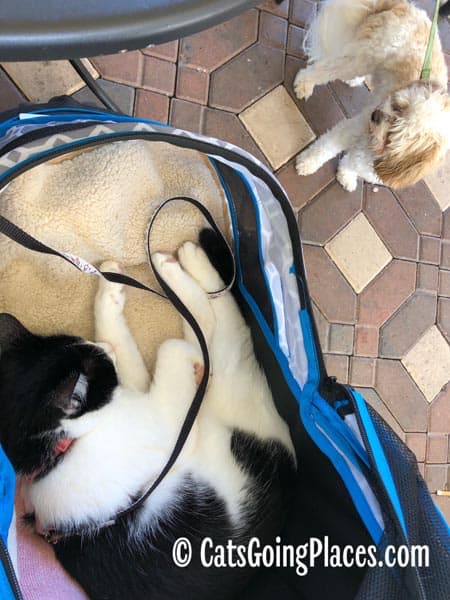