You are here: Home / Safety / National Chip Your Pet Month

Pierre: Hey, everybody. Did you know that May is National Chip your Pet Month?

Ashton: Chip your pet? Where? When can we start? I love corn chips! Potato chips too! 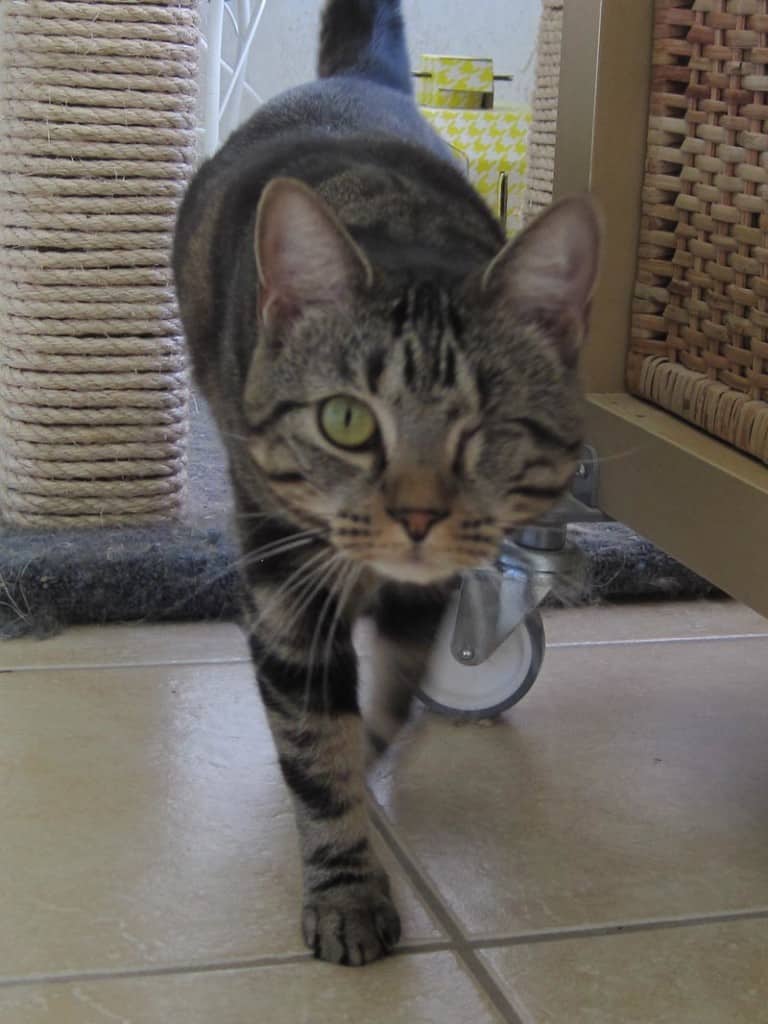 Pierre: They don’t mean corn chips. they mean microchips, Ashton. You have one, and so do I. They are to help us in case we get lost. The American Humane Association (AHA) estimates that over ten million dogs and cats are lost or stolen in the United States every year. One in three pets are lost during their life at some point.

Ashton: Those are scary numbers! I don’t want to be lost! I’ll miss the potato chips!

Pierre: A study by the Journal of the American Veterinary Medical Association shows: 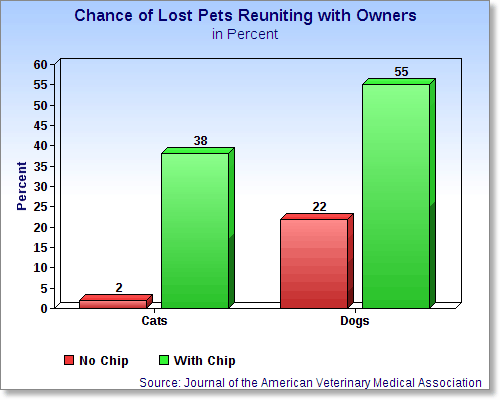 Ashton: So having a chip means that a lost cat or dog has a better chance of getting home again?

Pierre: It does. We shouldn’t rely on it alone. The AHA recommends that pets wear collars as a primary means of identification. It says right on their web page: “All cats and dogs need to wear collars with ID tags, rabies vaccination tags and city or county licenses (where applicable).” Collars let anyone who finds a lost cat or dog to help them get home by just reading the tag and calling the number on it. 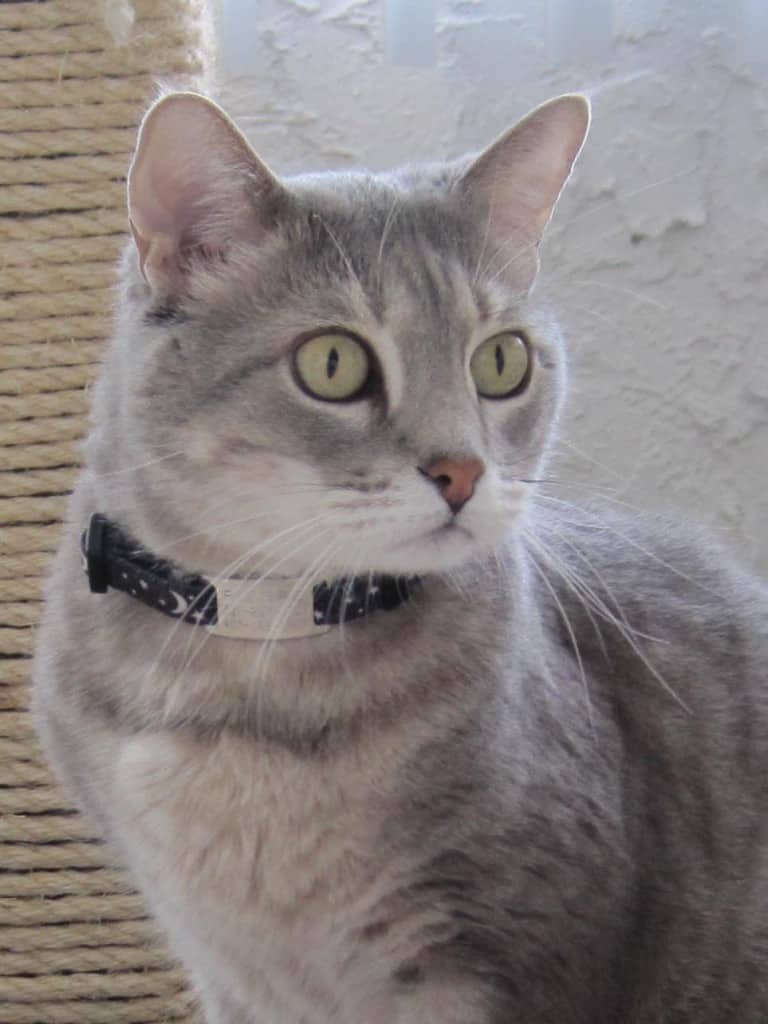 Ashton: So microchips are a like a backup for a collar and tag, since they don’t fall off, and they last a lifetime?

Pierre: That’s right. Even if your we are completely indoor cats, unexpected disasters can strike, like scary weather. Many pets were reunited with owners after hurricane Katrina only because of the microchips they carried. Some as many as five years later!

Ashton: What are people waiting for? They should get microchips now. And potato chips, too.

Pierre: Many shelters, humane societies, and veterinarians have special pricing on microchips for your cat or dog during May in honor of Chip Your Pet Month, so if you’re thinking about getting a chip for your pet, this could be a cost-effective time to do it. Just remember that getting the chip inserted is the first step, and registering the chip is the second step. Without doing both, no one knows how to call you if your pet is lost.

Ashton: And if they don’t know who to call, your cat can never get home in time for potato chips.

Pierre: I think this diet has gone to your brain.