Ashton: I got some bad news. KFC looked at my job application, and they said they don’t want me as a taste taster.

Pierre: Why not? It sounded like the perfect job for you. Any time anyone in the house is eating, you come running to see if it’s chicken.

Ashton: They said something about me being a miner.

Ashton: It does NOT make sense! I don’t even have thumbs to hold a pickaxe. But the chicken man kept insisting.

Ashton: I’m not too young to taste chicken! I’ve been doing it since I was a kitten! 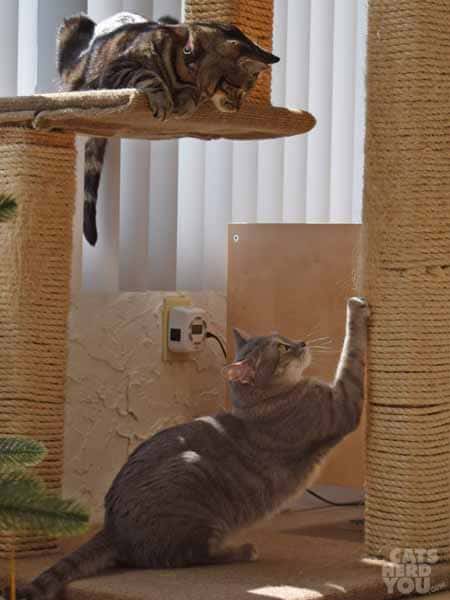 Ashton: But I wanted to taste chicken. Lots of chicken.

Ashton: So I was thinking… what if I opened a chicken restaurant of my own?

Ashton: Why do I think you aren’t taking me very seriously? 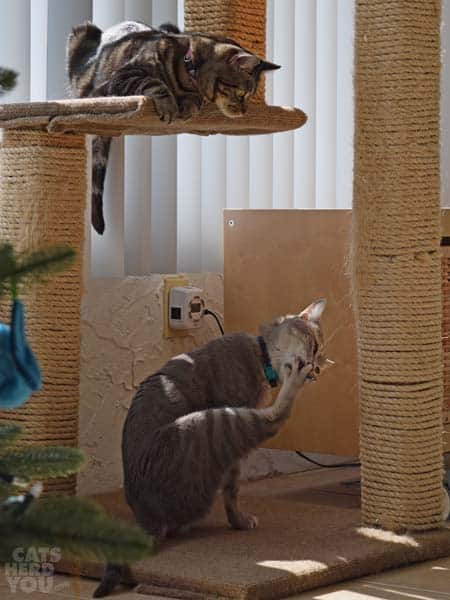 Ashton: If I open my own chicken restaurant, you and Newton could help me taste test. 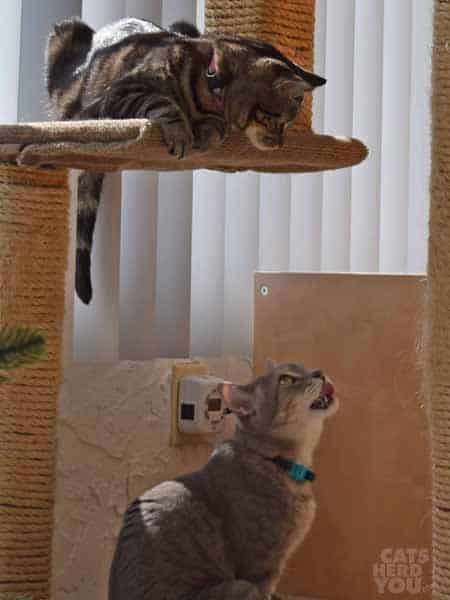 What do you think Ashton should name her chicken restaurant?