You are here: Home / Cats / A Very Pierre Update

Several of you responded to last Wednesday’s post about Pierre’s vet appointment with surprise that he had been diagnosed with chronic kidney disease, so I wanted to bring you up to date on what was going on. 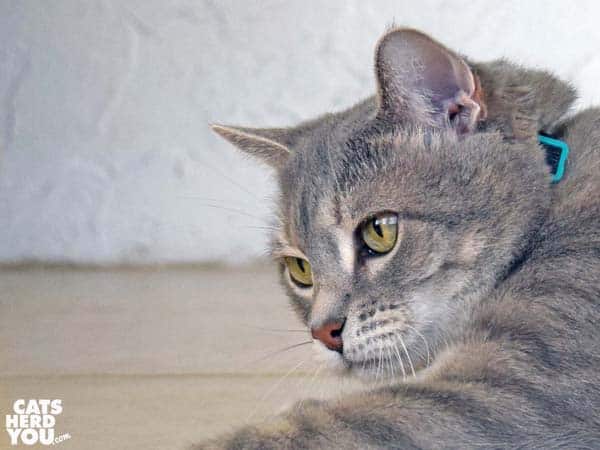 The Stuff We Didn’t Tell You Back Then

You probably read the story about Pierre’s trip to the vet in mid-March that resulted in en enema, but I didn’t write about his second trip in late March. He stopped eating, so I bundled him back into the carrier and off to the vet we went. This time, the vet ran bloodwork to see what could be the problem.  Fluids, appetite stimulants, and anti-nausea medicine got him started eating, though he was still very picky. More picky than his usual eating, which is really picky to begin with. 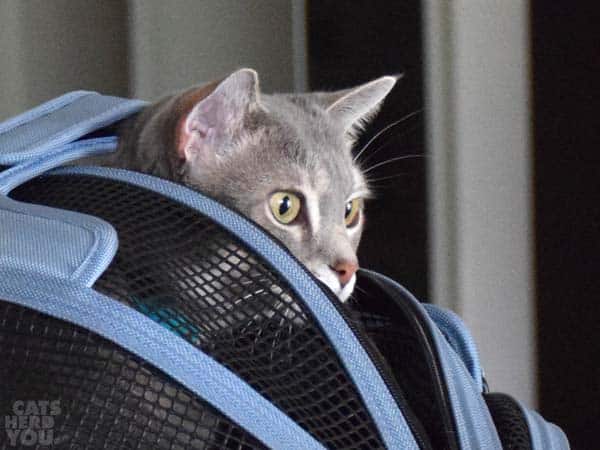 Pierre’s bloodwork came back from the lab the next week with a creatinine reading of 2.8 mg/dl. Creatinine is a waste product of muscle metabolism which is normally filtered out out the blood by a cat’s kidneys. When the kidneys aren’t working well, they don’t filter out as much creatinine, and the amount of it in the bloodstream rises. That’s why creatinine is an indicator of kidney problems in cats.

The International Renal Interest Society, which establishes guidelines for diagnosis and treatment of chronic kidney disease (CKD) in small animals, has a staging system to help identify the severity and appropriate treatments for cats and dogs with kidney disease. They have identified any creatinine reading over 1.6 as an indicator of stage 2 chronic renal disease, so I didn’t take a reading of 2.8 lightly.

I asked the vet what kind of proactive things we could to to help Pierre, and her treatment plan was to put him on low-protein prescription food and recheck his bloodwork  in a few months.

That’s Not Going to Fly

Pierre was barely eating the nonprescription food I was trying to get him to eat. Even if he was willing to eat a lower-protein food, I couldn’t imagine giving it to him when I know that senior cats need more protein, not less. 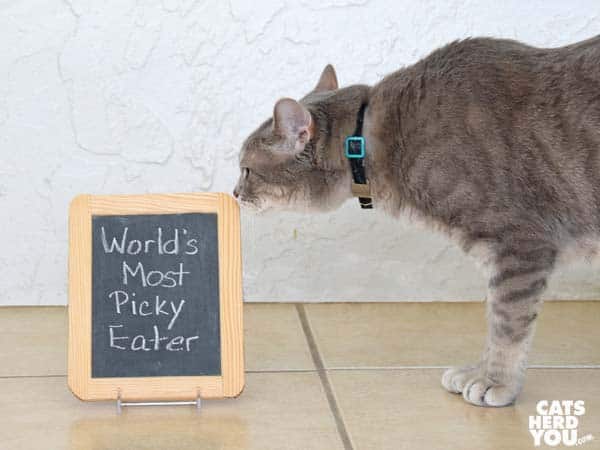 There had to be something else we could to to help. I brought the lecture notes from last winter’s NAVC course where I heard a veterinarian with an all-feline practice in San Antonio talk about the things he did for his feline CKD patients. I even offered a consultation fee to discuss those options so that we could work out a treatment plan of some kind to help Pierre, but my vet told me no, put him on the renal prescription diet and come back in three months.

After several more weeks of Pierre picking at his food as I worried about his health, I decided he needed a second opinion. That led to his visit to the all-cat vet. I liked that the new veterinarian listened to my concerns and didn’t brush off my questions about my research.

She wanted to know whether our regular vet had run any urine tests. He hadn’t, so those were included with a new batch of labwork.

When Pierre’s lab results came in from the lab, the new vet called with the results. I sat at my desk at work with a tissue in one hand and a pen in the other, afraid of the news I was going to get. “These lab results look good,” she told me. 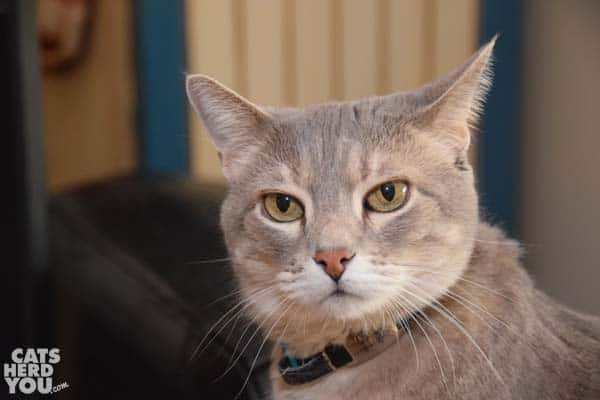 “Wait, what do you mean?” I asked, caught off guard by her unexpected words.

“His urine specific gravity is fine, and his creatinine is 1.6.” She said he was was still pre-renal.

I guess that’s why my old vet hadn’t wanted to do anything but change foods and wait. Knowing he was probably dehydrated made those numbers not look so bad. Why couldn’t someone have explained this to me instead of my spending six weeks worrying every day about Pierre’s advancing kidney disease?

It’s great news! Pierre will continue to live the life of a normal cat without kidney issues for who knows how much longer. Chronic kidney disease is exhausting for cats and their humans both, and it’s such a relief to know we aren’t dealing with that yet for our ornery guy. 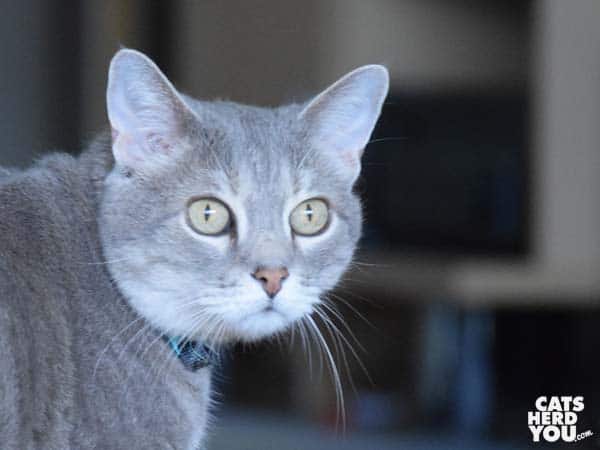 We still don’t know why Pierre is so unenthused by his meals right now. There doesn’t seem to be a medical reason for it, so we will just keep feeding him what we can, when we can. He’s like the rock stars who demand only green M&Ms in their dressing rooms. He can ask for a food and he knows he will get it because we humans know he’ll eat it. For now, if his only problem is a green M&M-worthy diet, we’re grateful that’s the biggest problem we have to tackle. 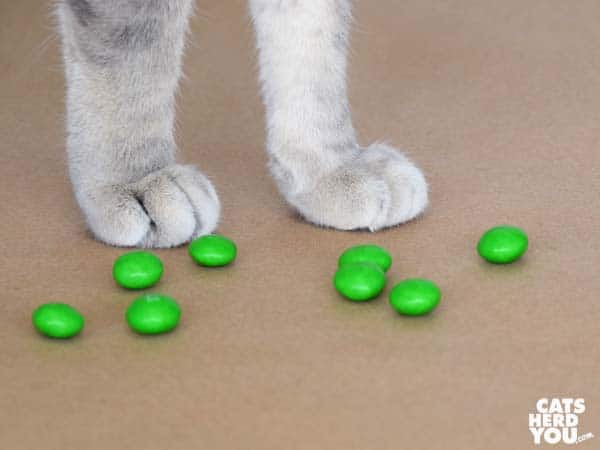