Pierre: Check it out! Our friends at the Chewy.com blogger outreach program sent us something to taste test. 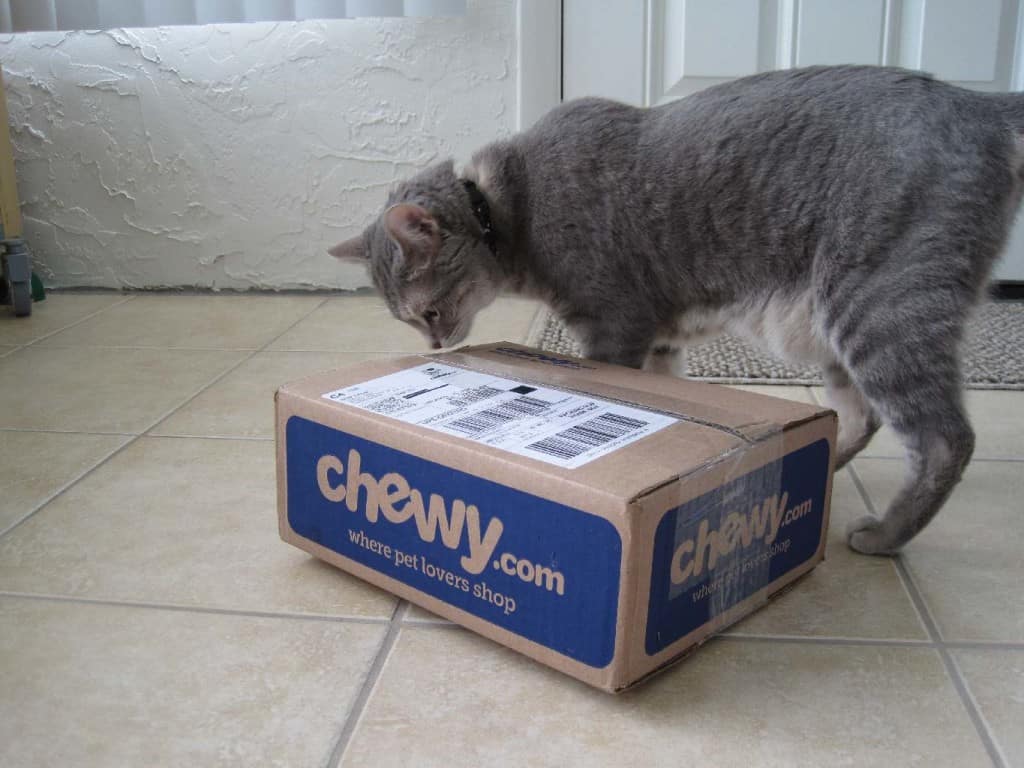 They are 100% beef liver from Evangers. The photographer likes that they are a single-source food, which is good to have available if anyone eating them has a sensitive digestive system. 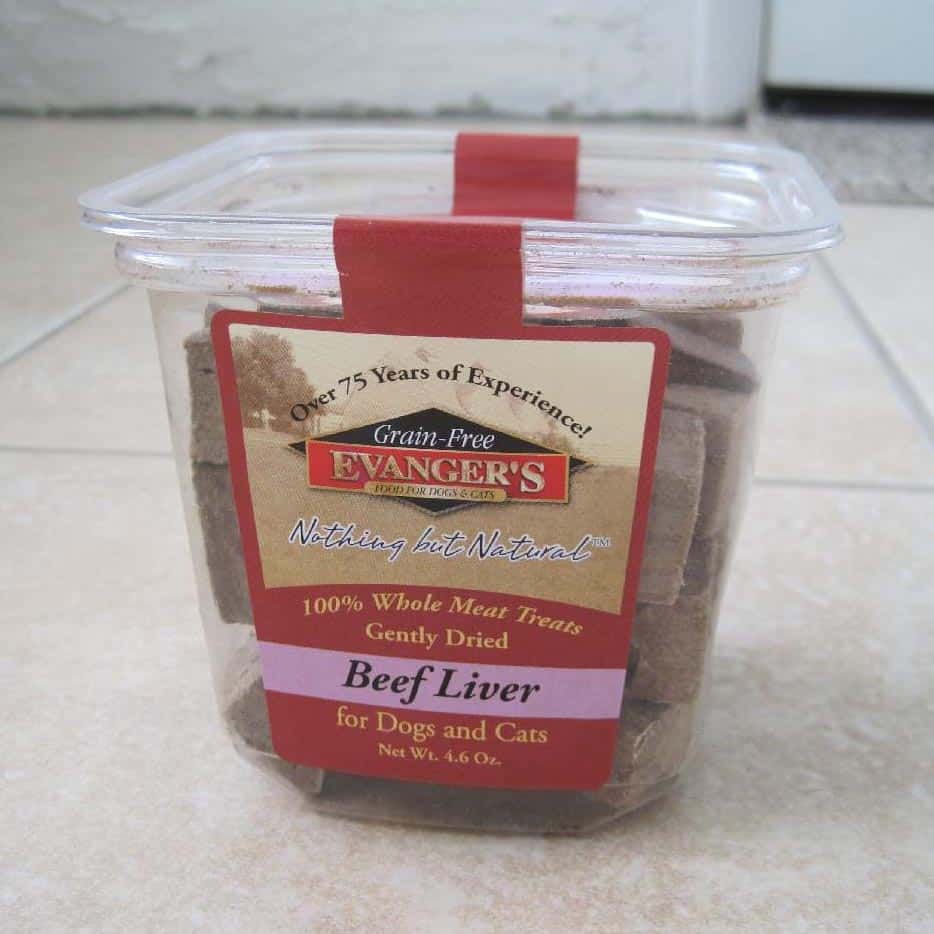 Ashton and Pierre: We don’t care what’s in them. They smell good, and we want to taste! 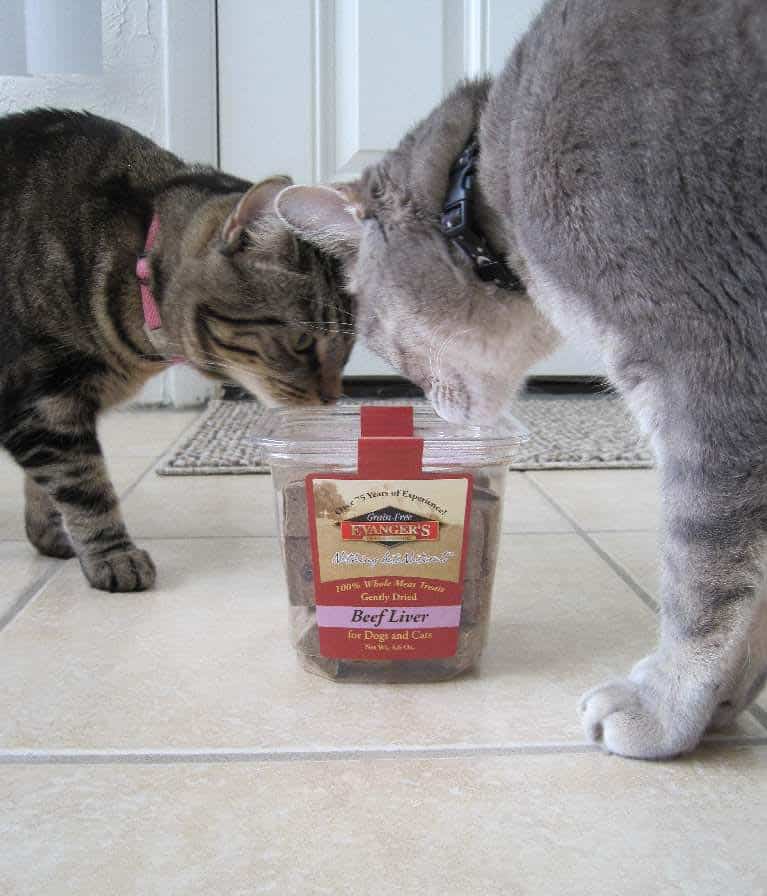 Ashton: This thing looks really big. Maybe it was meant for a much bigger cat than me. 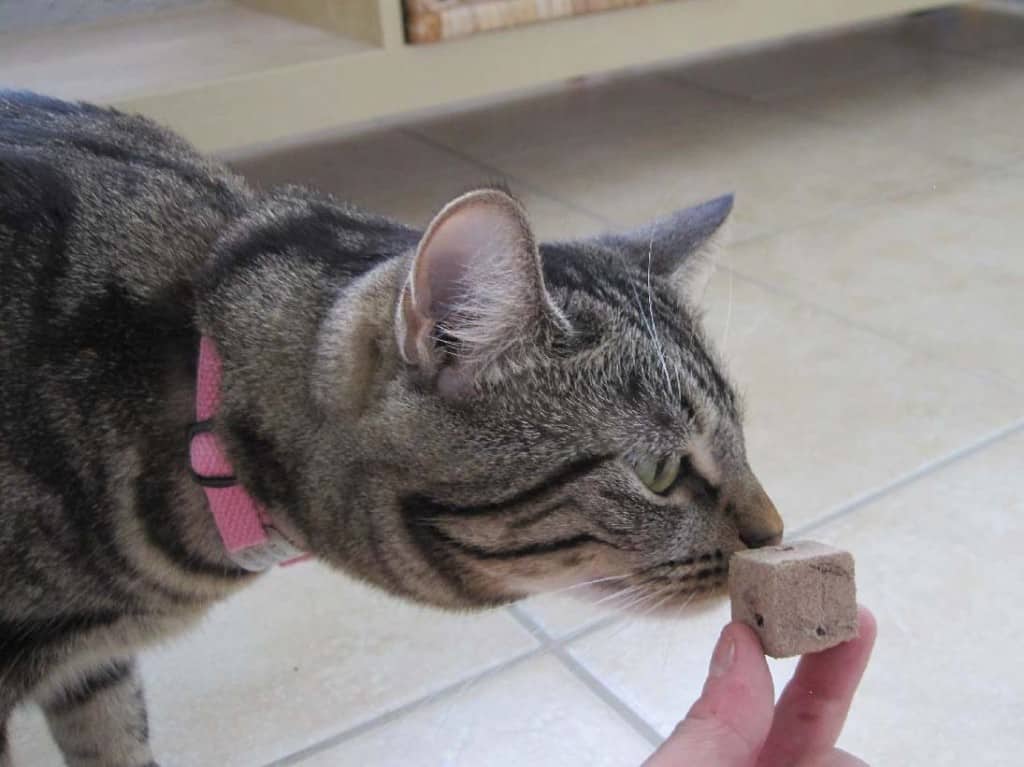 Holy cat! I have to chew hard to eat this huge thing! 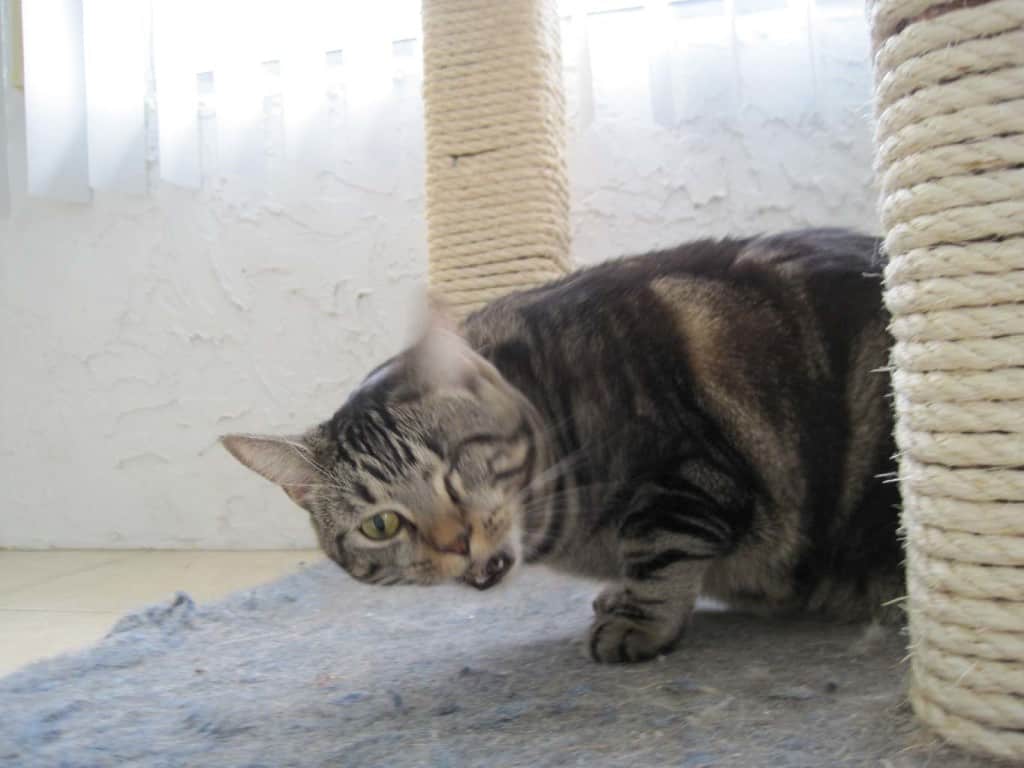 Yes, Ashton took the whole treat while we were demonstrating its size and proceeded to chew and chew and chew and chew until she managed to eat it all. While she was under observation to make sure she didn’t choke on it, Newton got impatient and found the open container and stole a big treat, too.

Pierre: This isn’t as exciting as I thought it was going to be.

These didn’t cut as easily as expected. It turns out that they will cut reasonably easily one direction, but not against the grain of the dried meat. The treats could also be soaked in water to reconstitute them, but treats are open-and-eat affairs around here, so we stuck with leaving them dry to simulate the way that we would normally eat them. 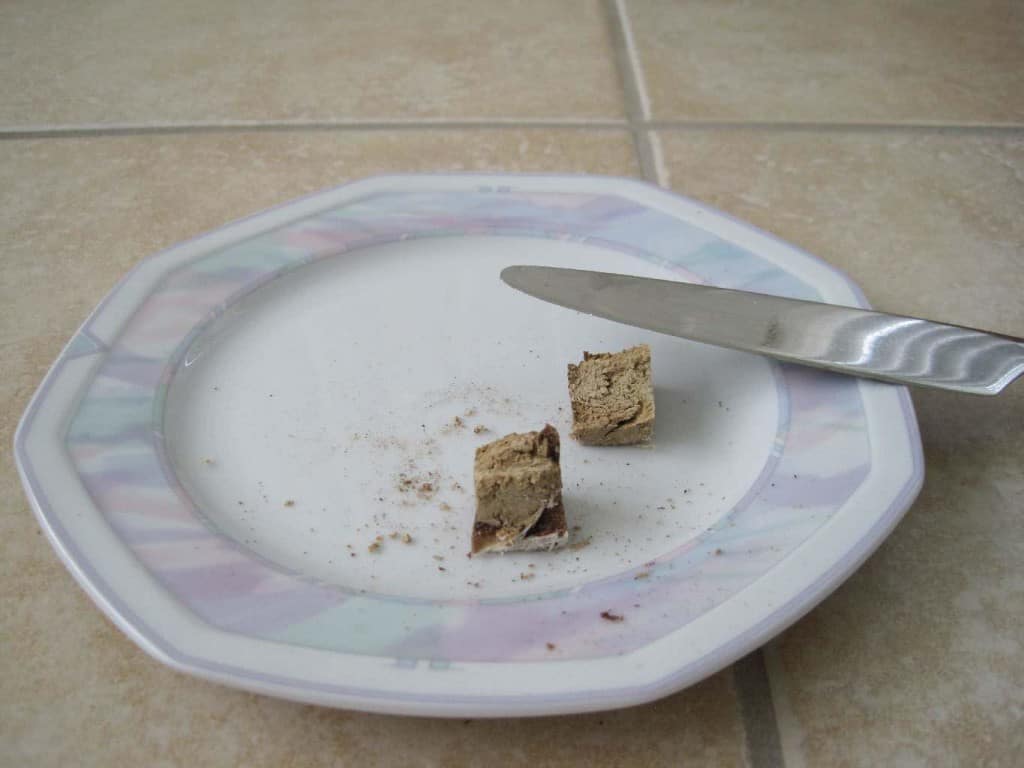 Newton: Thank Cod. I had started to think I was going to have to order out for pizza. 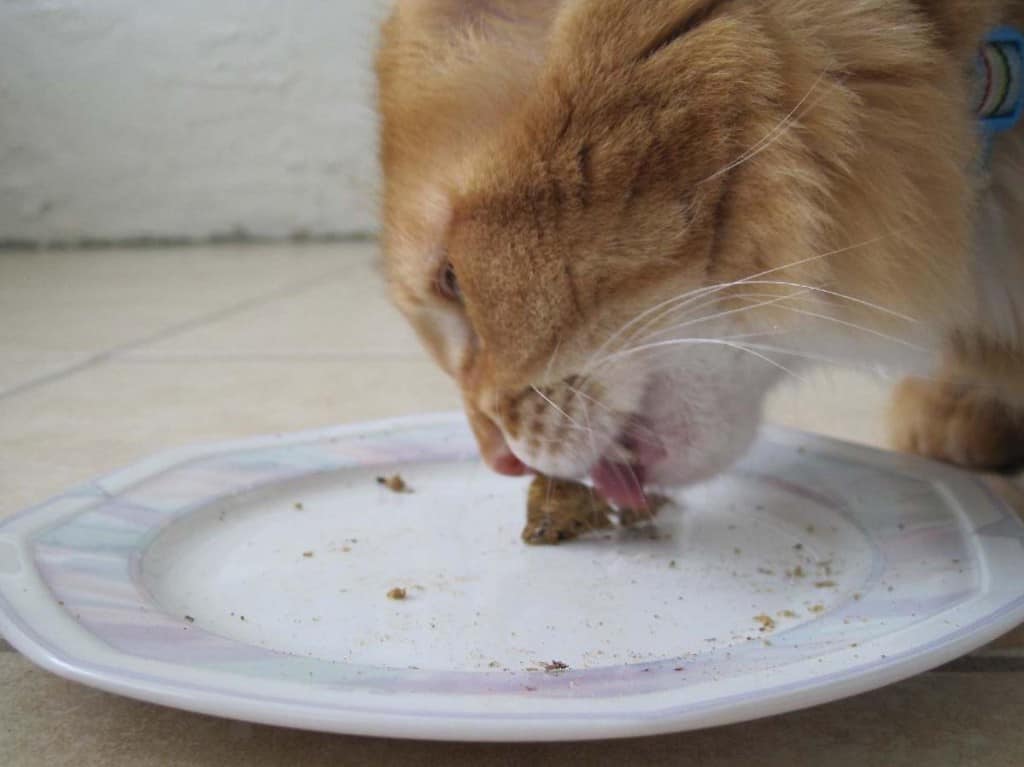 Final opinion from the cats: Ashton and Newton were two enthusiastic paws up. Pierre decided that it smelled better than it tasted. And the photographer decided that the oversized treats that can’t be broken by hand are tasty occasionally, but aren’t a good solution if you need a quick treat before the peeps head out the door to go somewhere.

Thanks for sharing this extra, liver-flavored bit of holiday cheer with us, Chewy.com!