You are here: Home / Archives for Pierre

What’s orange and blue and purple and green all over? It’s our new triple teleport tunnel! Savvy at Savannah’s Paw Tracks mentioned last week that these were on sale at Petsmart, and the head peep bought one for us. 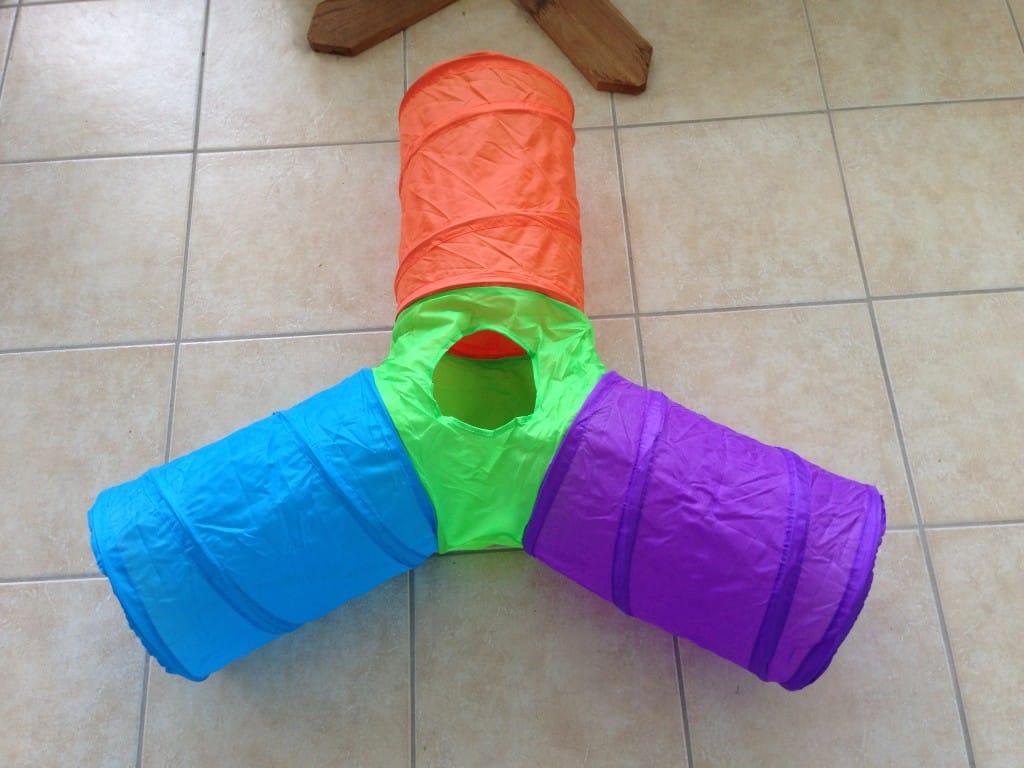 It has been the scene for all sorts of adventures….. 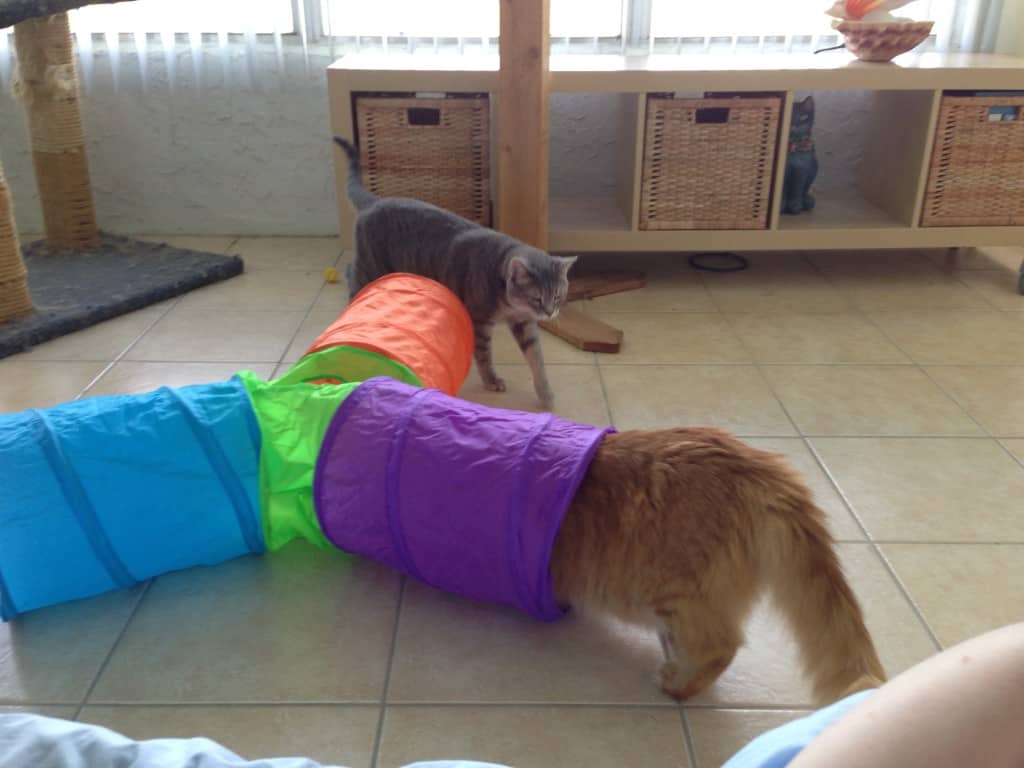 Pierre: Where is your head, Newton? 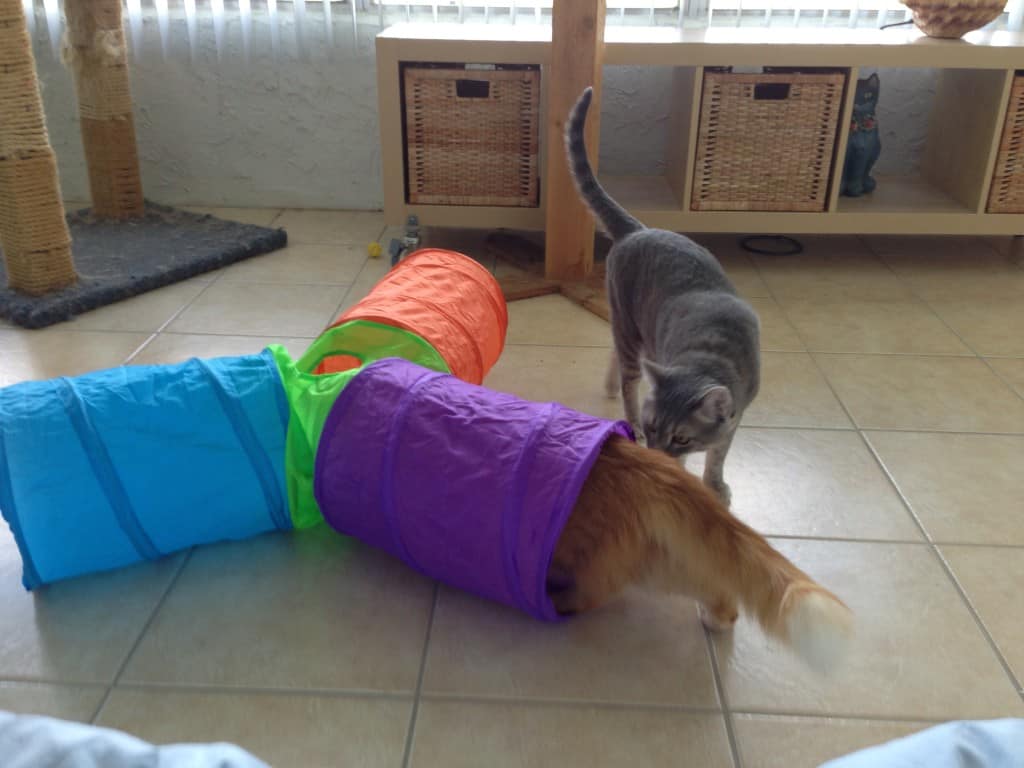 Pierre: Where are you going?

Newton: Do I go left or right? 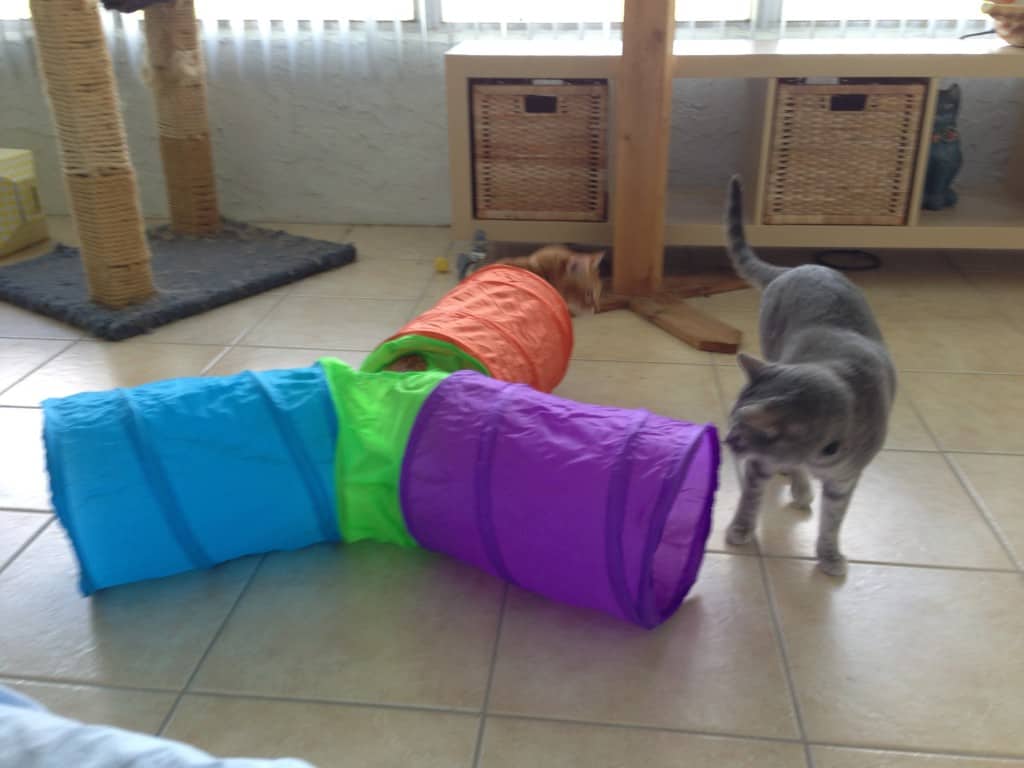 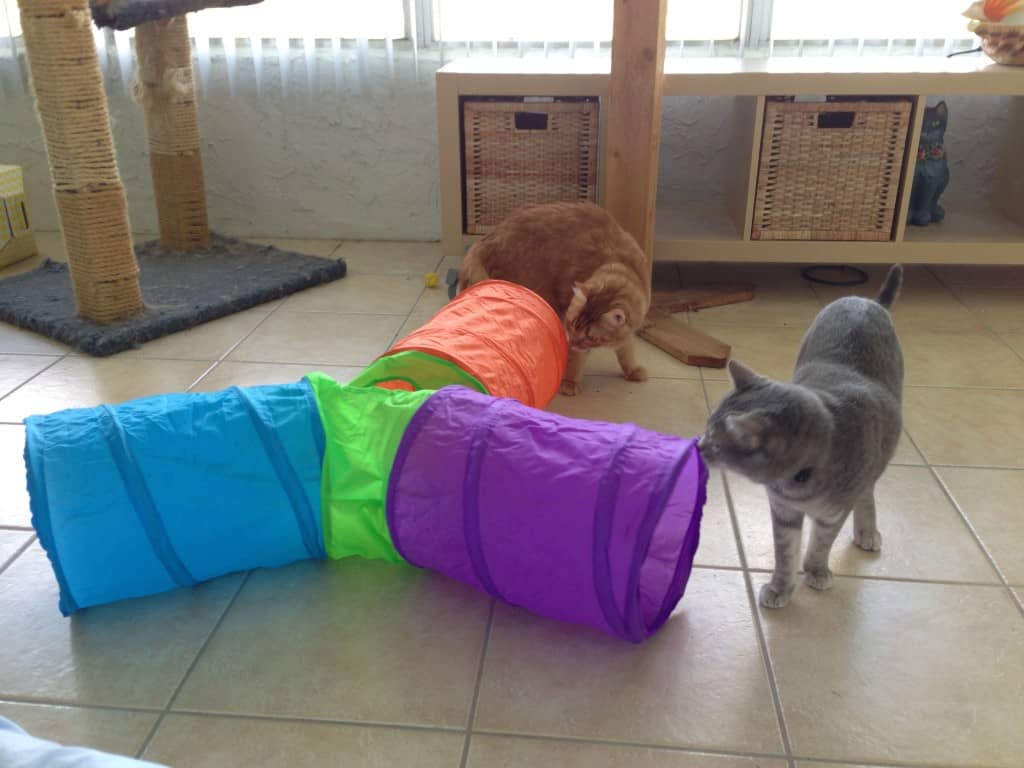 Newton: Maybe I should have turned left… 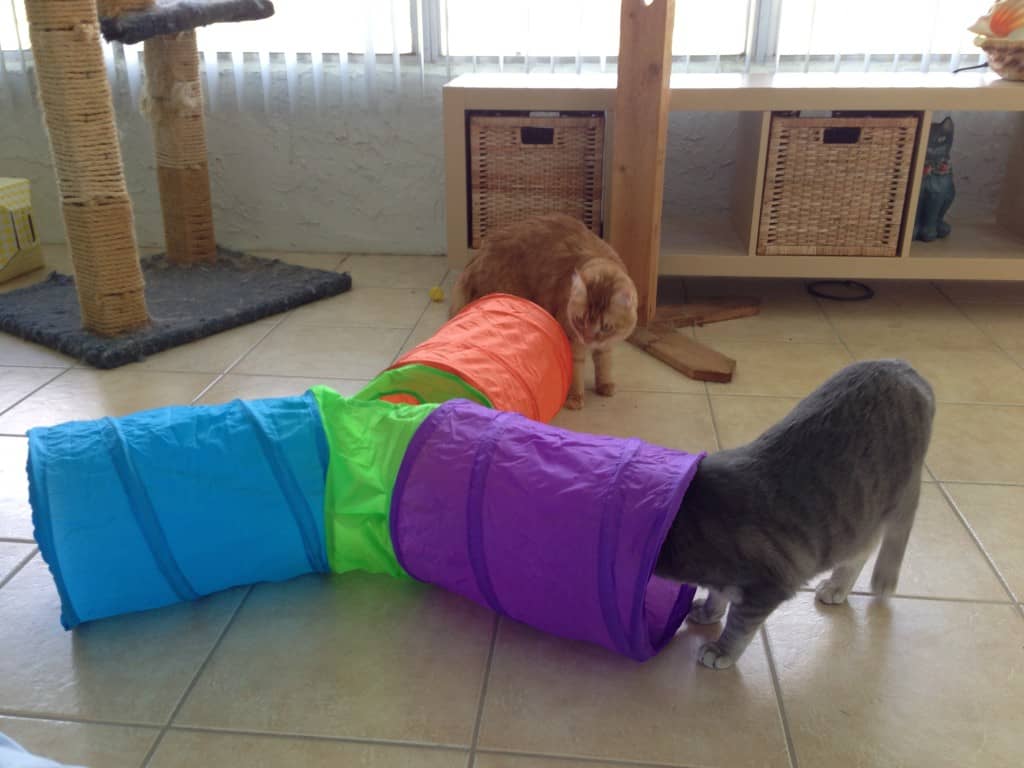 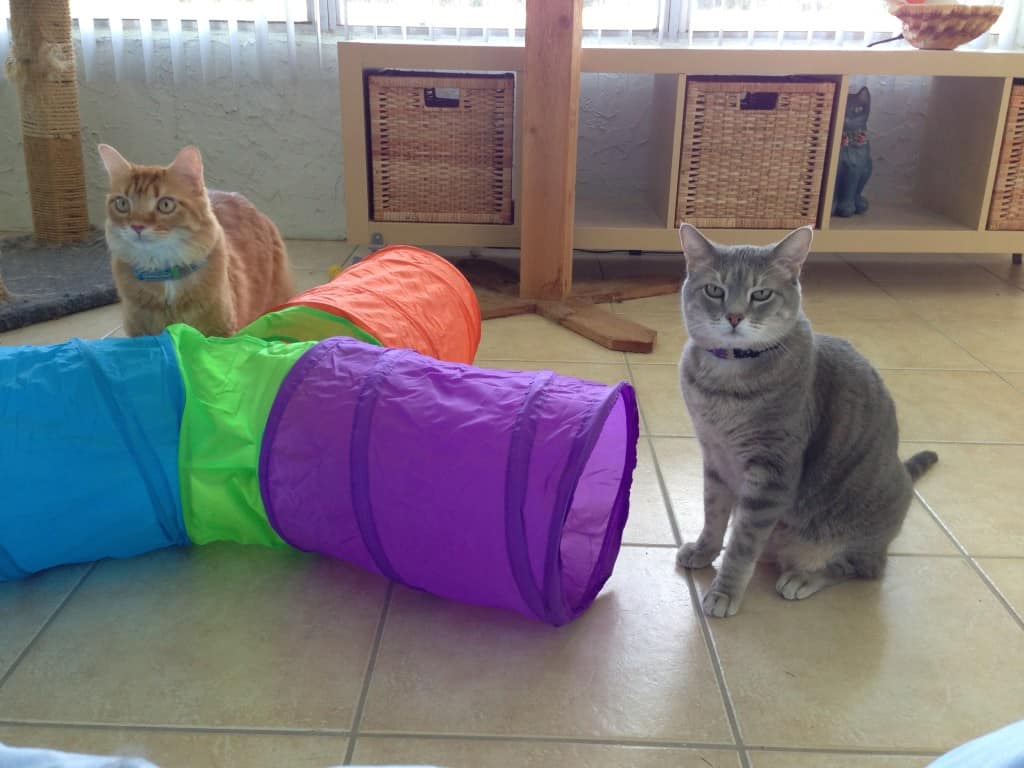 Pierre and Newton: What? We weren’t doing anything!

Pierre is trying to get his easy on while camouflaged against the sofa. 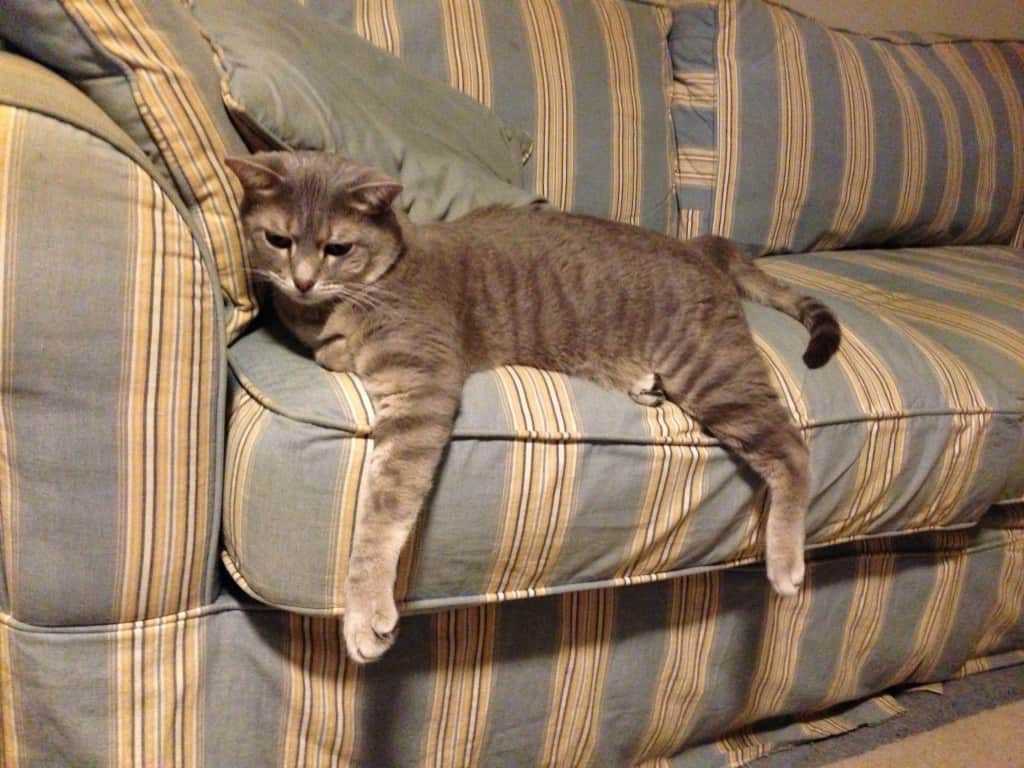 Being camouflaged apparently really wears you out…. 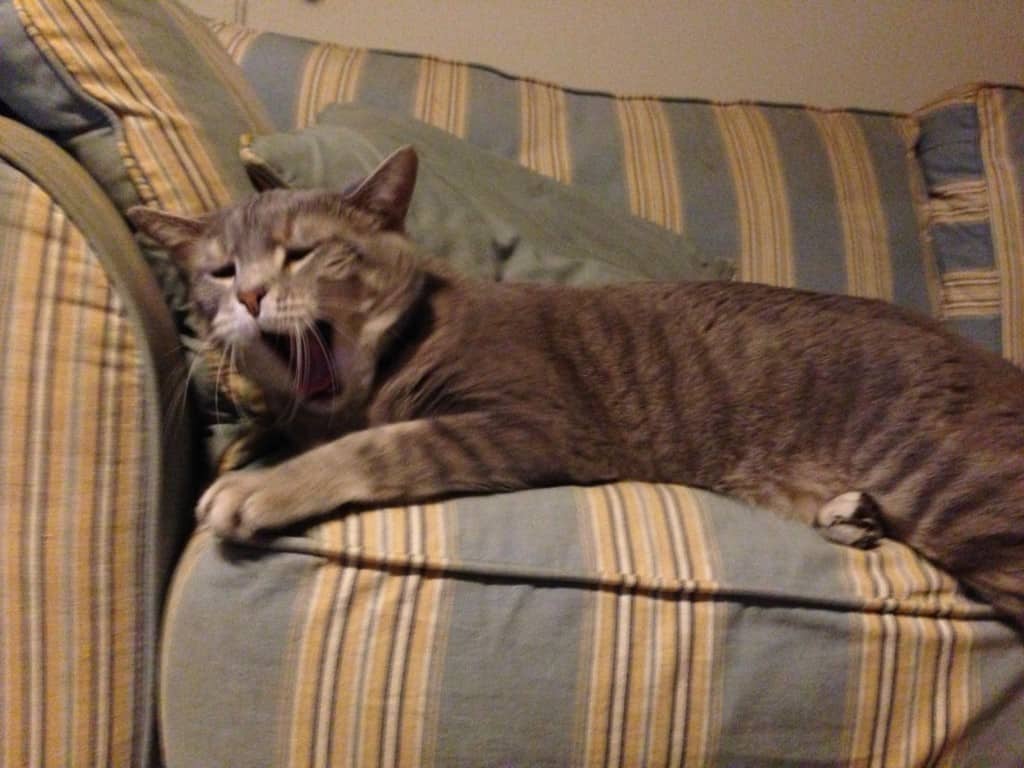 It looks like it’s time for a Sunday nap!