You are here: Home / Archives for Cousin Shep

We haven’t heard from Cousins Earl and Shep in a while, so we thought we would check in on how they’re doing. 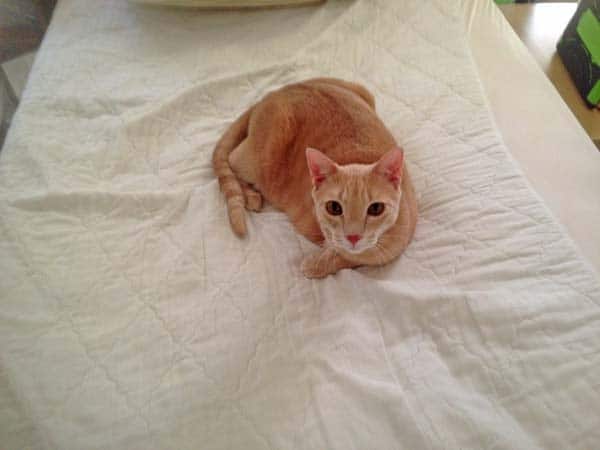 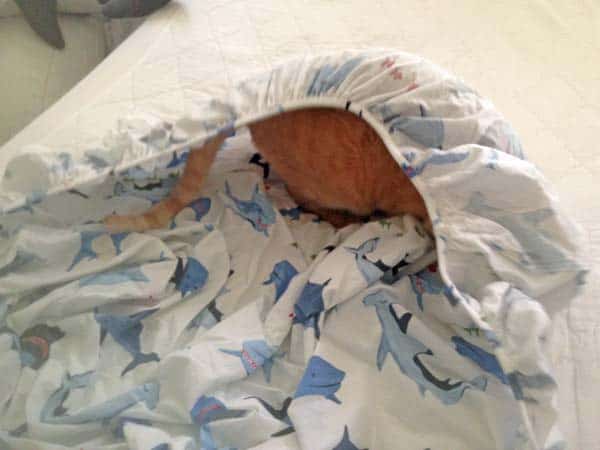 Cousin Shep: Did I hear you crying for help?

Cousin Earl: Umm… no. That must have been the photographer in a panic. You can see that everything is under control. 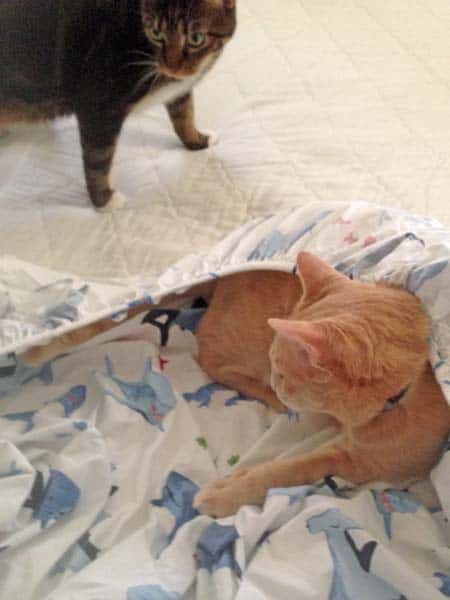 Cousin Shep: Good, because you were interrupting my power nap hour. 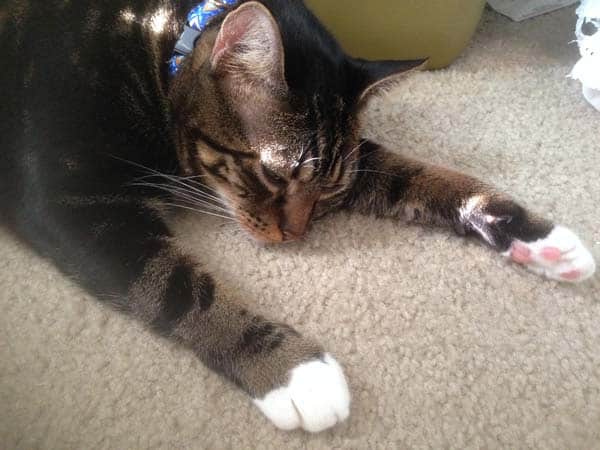 The past two weeks have been kind of hectic around here, because Aunt O was on vacation, and the head peep was taking care of Cousin Shep and Cousin Earl. That meant she was taking time to hang out with them instead of us. We were totally getting two-timed.

We guess we can’t complain too much, they are our cousins, after all. And Aunt O takes really good care of us when the head peep travels. 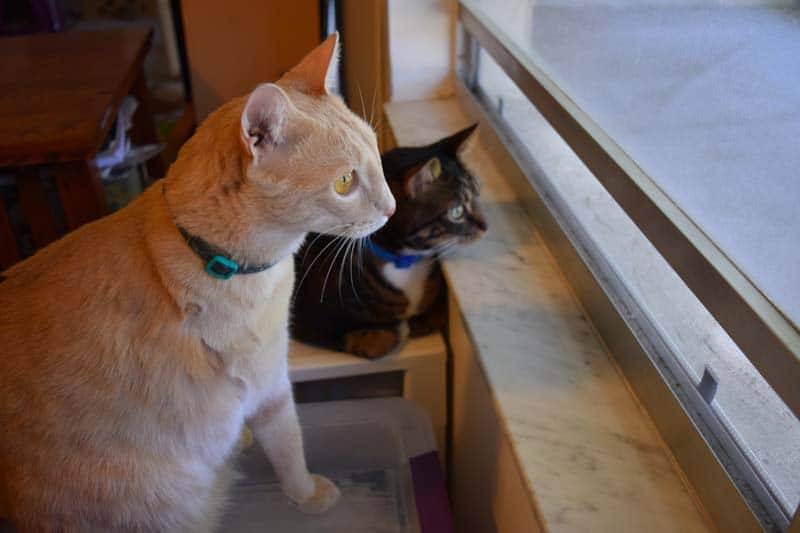 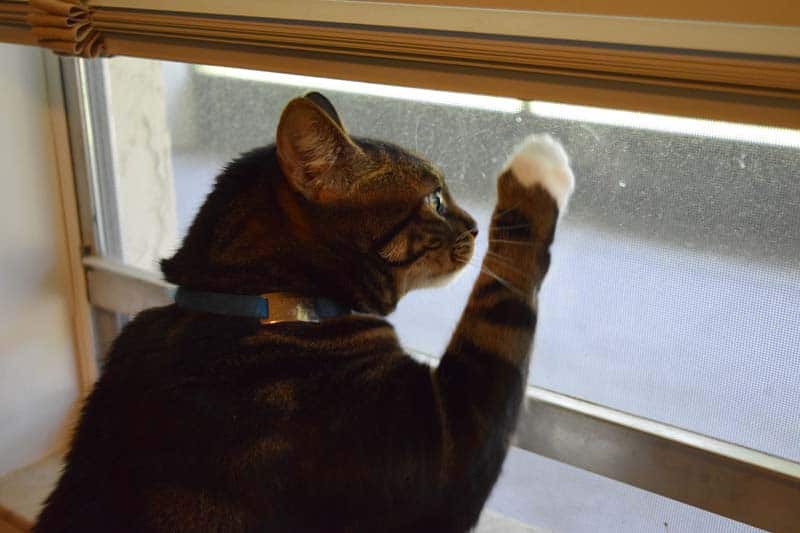 Some of you may remember how Cousin Shep joined the extended family a year ago, but we know that we have new readers since then. Our grandpeep had just passed away, leaving Cousin Earl alone all day while Aunt Orvis worked. Cousin Earl lost both his companion cat, Nellie, and his human in the space of six months, and now he was alone all day while Aunt Orvis was at work. It was time to find him a buddy.

That buddy came from the Pet Alliance of Greater Orlando, in the form of big, easygoing Shepherd, who we call Cousin Shep. Even from his first vet appointment, pictured here, he was totally chill. 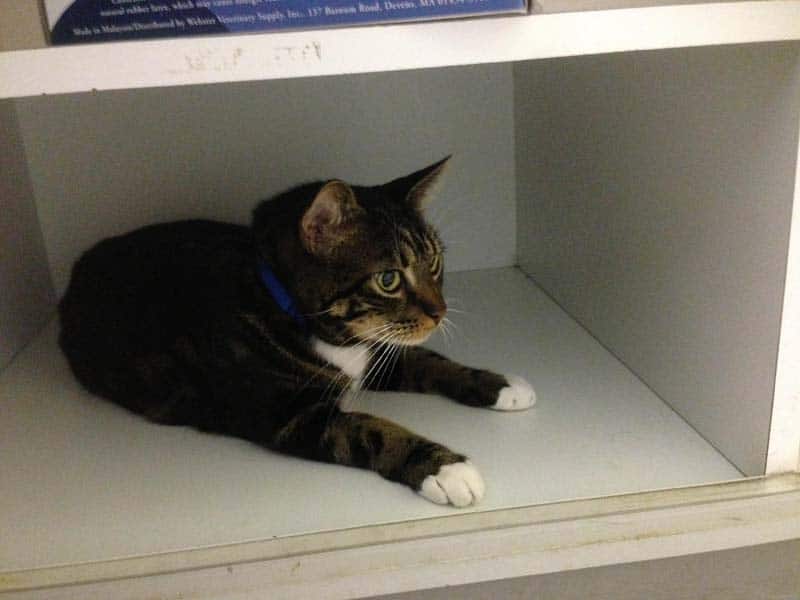 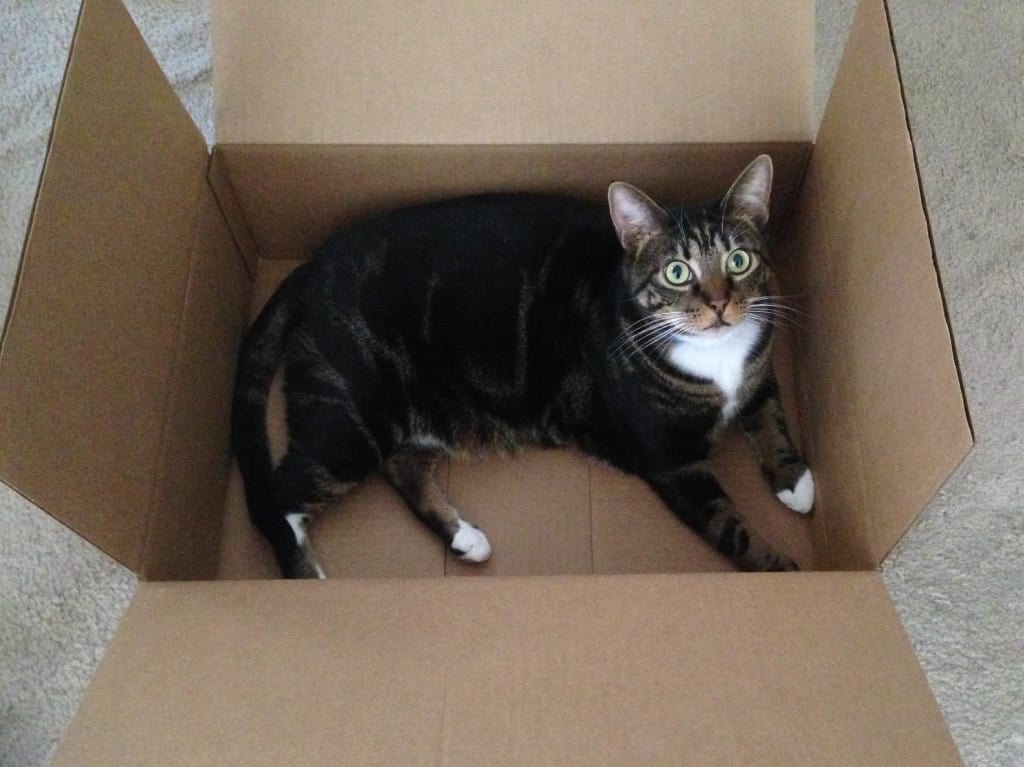 And he gets really excited when the best programs come on the cat TV. 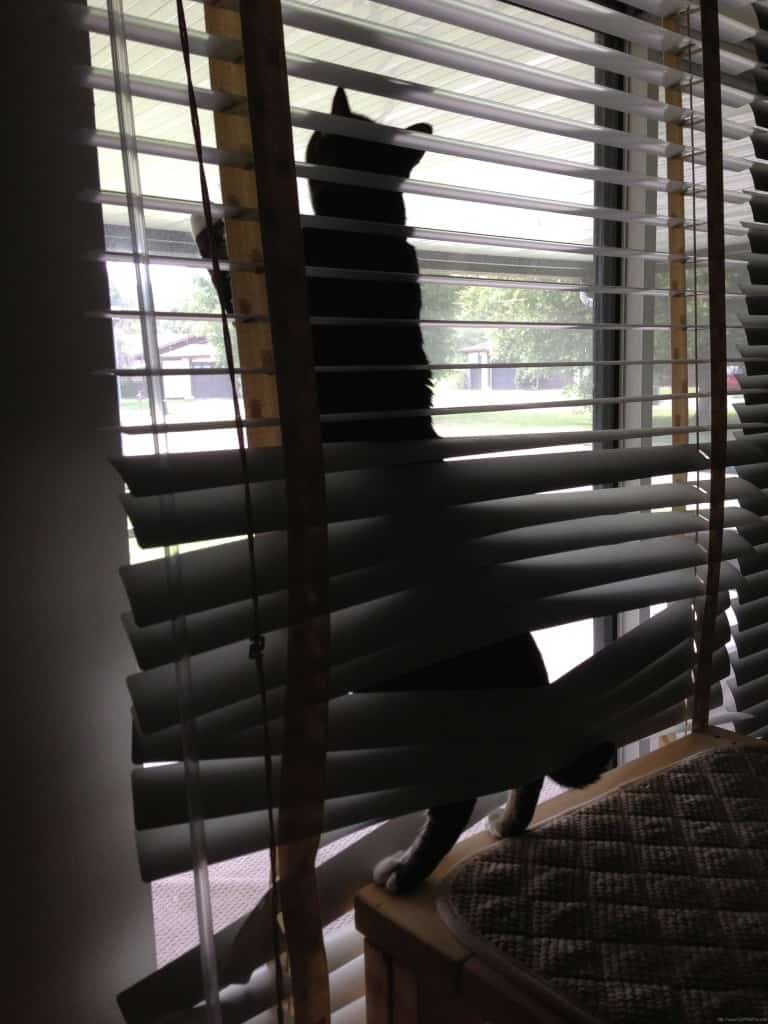 He’s always there to help when it’s time to get ready in the morning. 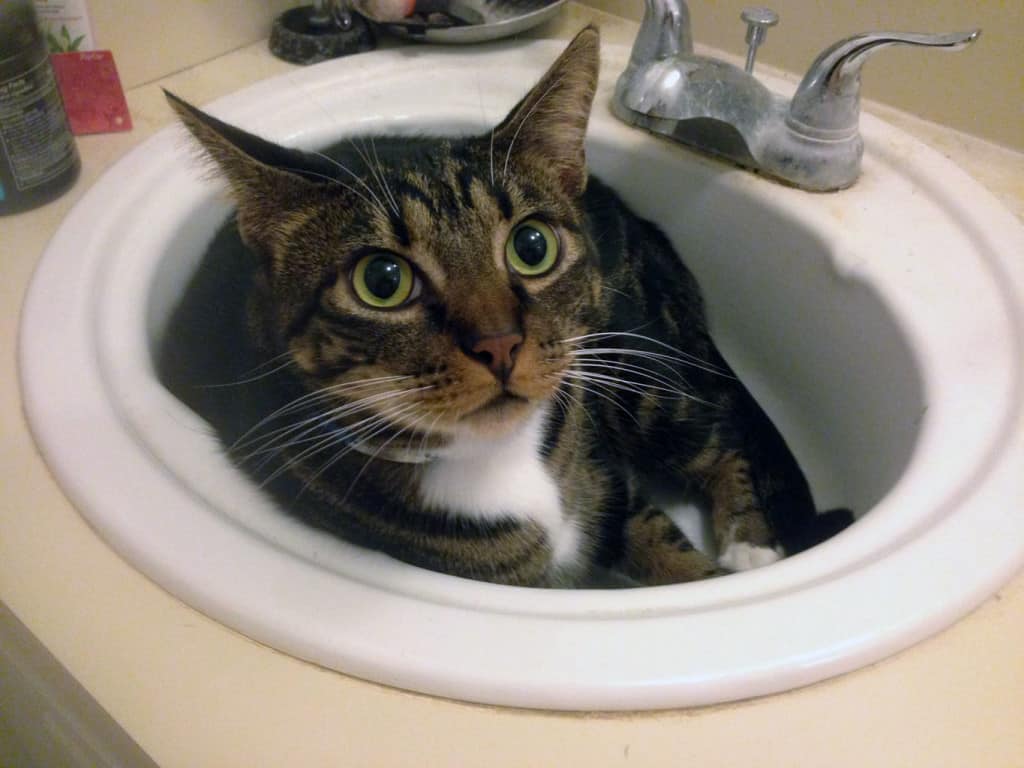 And most important of all, he keeps Cousin Earl company. 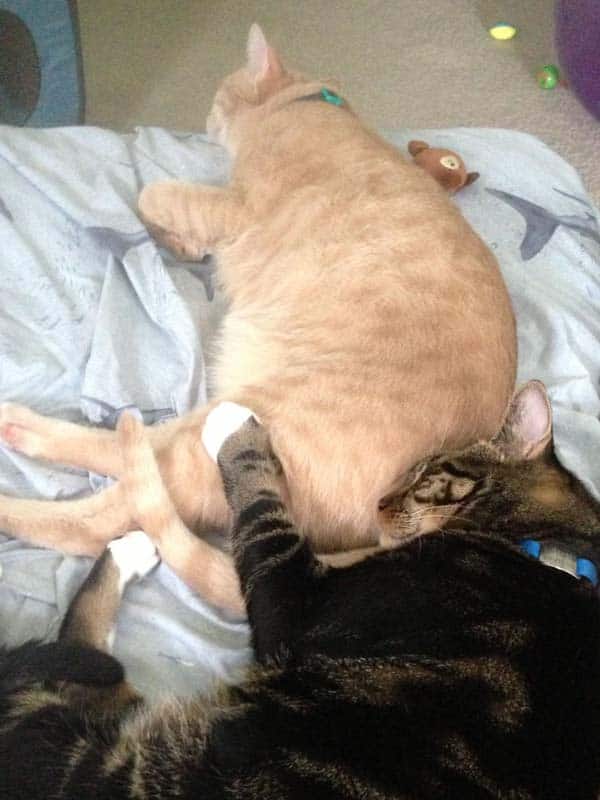 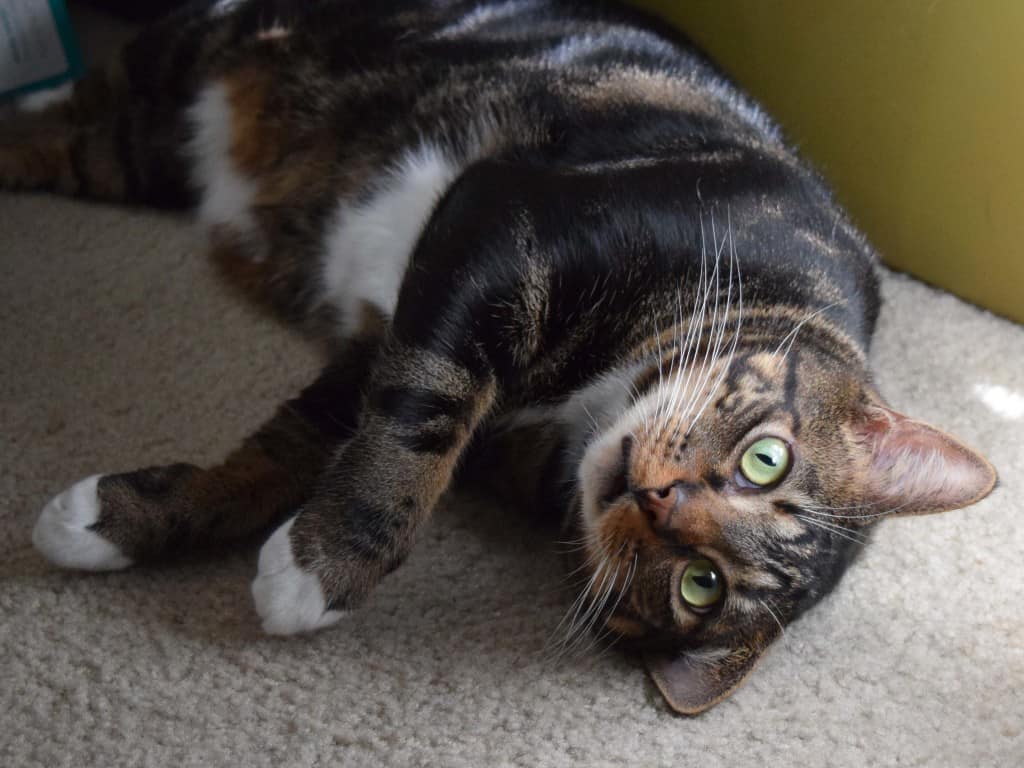 While the head peep was running around across the country to BlogPaws and back, Cousin Shep was the calendar cat on the Friends of the CB daily calendar. 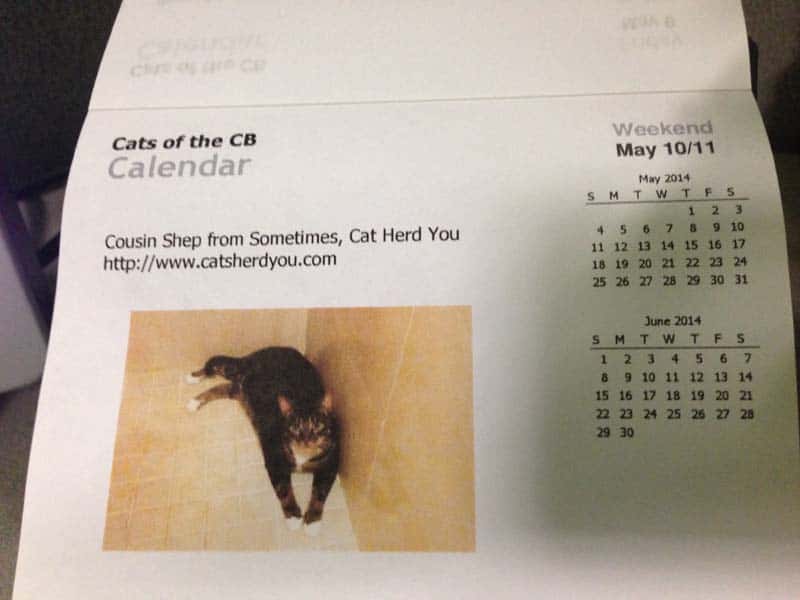 We suspect that Cousin Shep is a little embarrassed that families everywhere saw a photo of him in the shower! 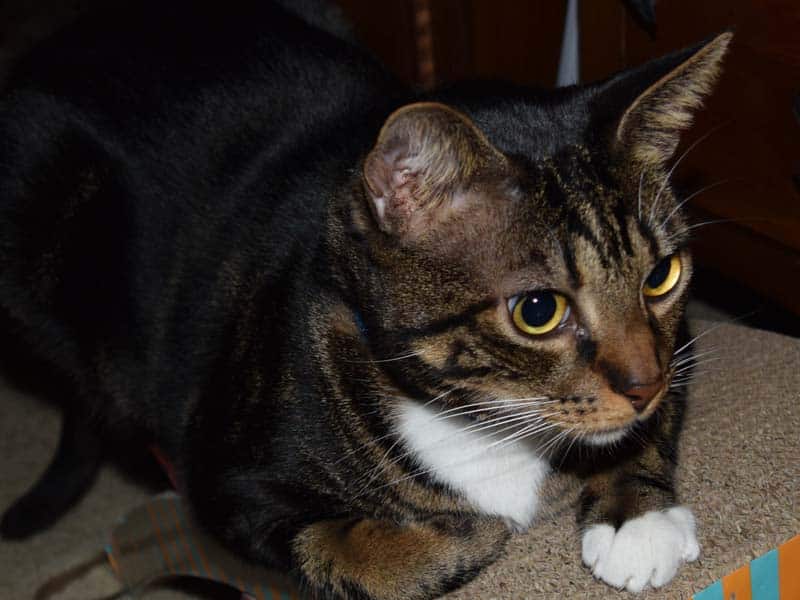