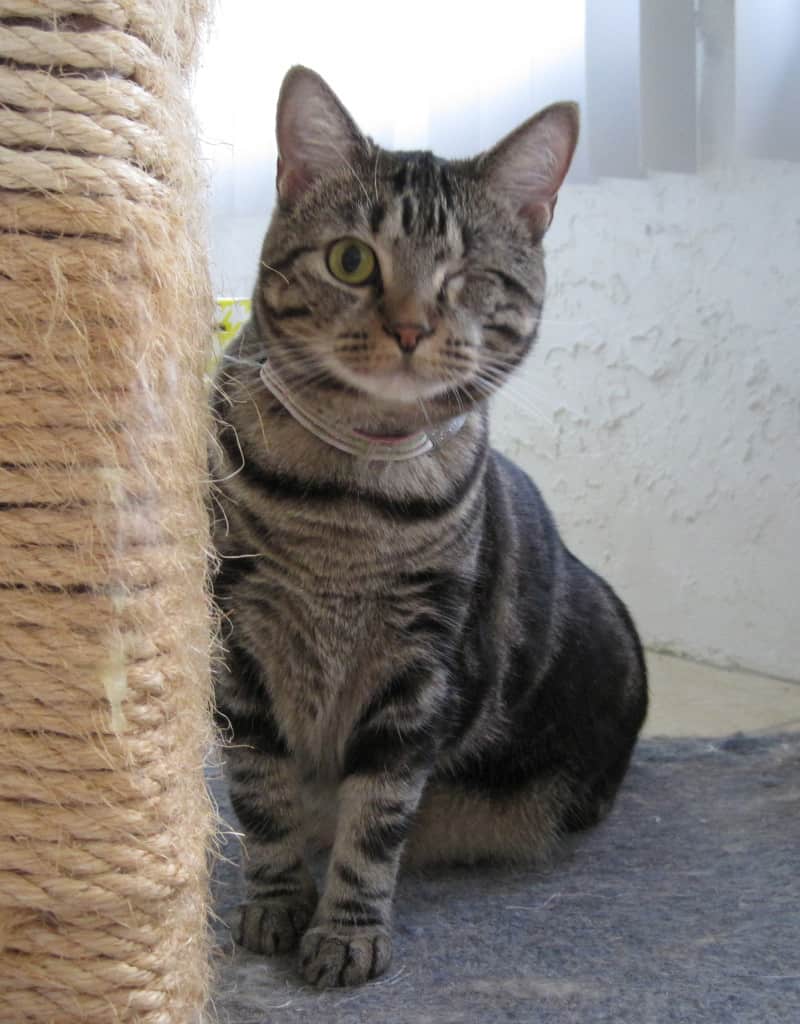 It’s Sunday, and Ashton is getting her easy on. 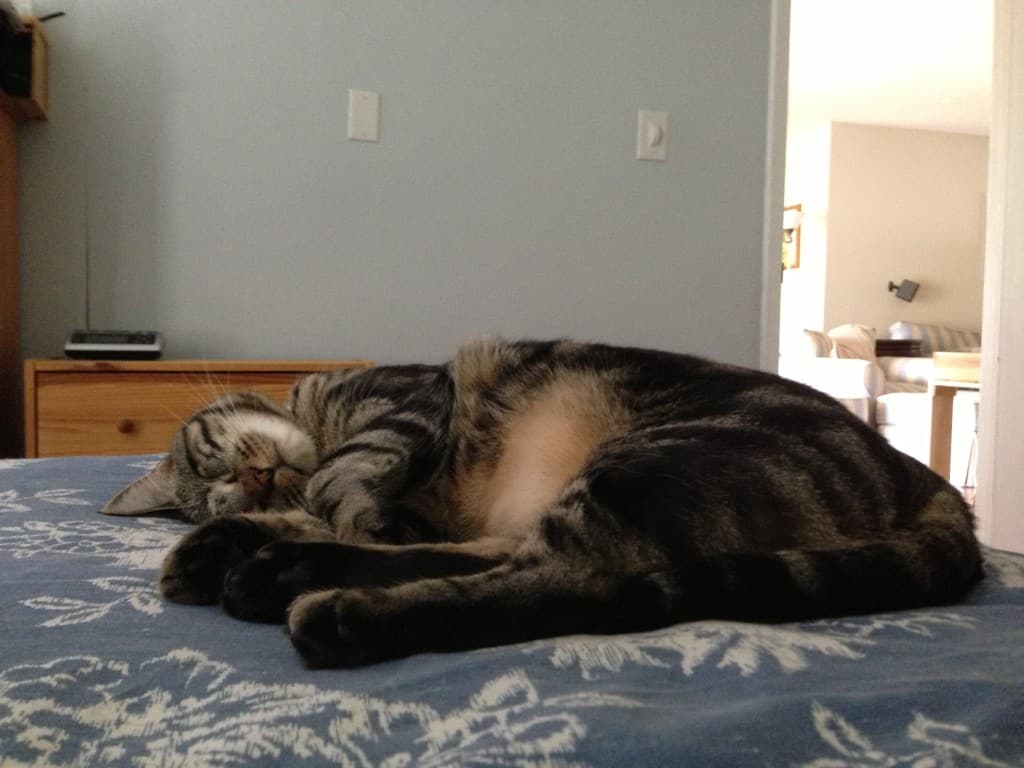 Her easy takes up so much room, Pierre gave up on sharing the bed and retreated to the floor in the living room. 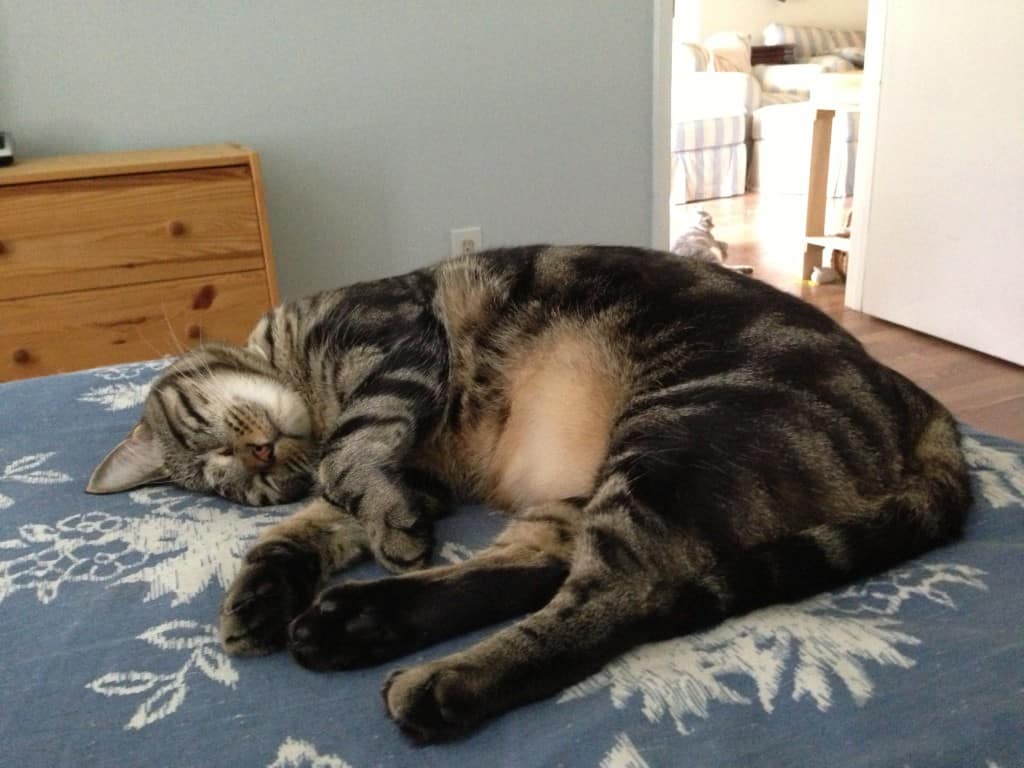 Ashton: Do you MIND? I’m trying to sleep here. 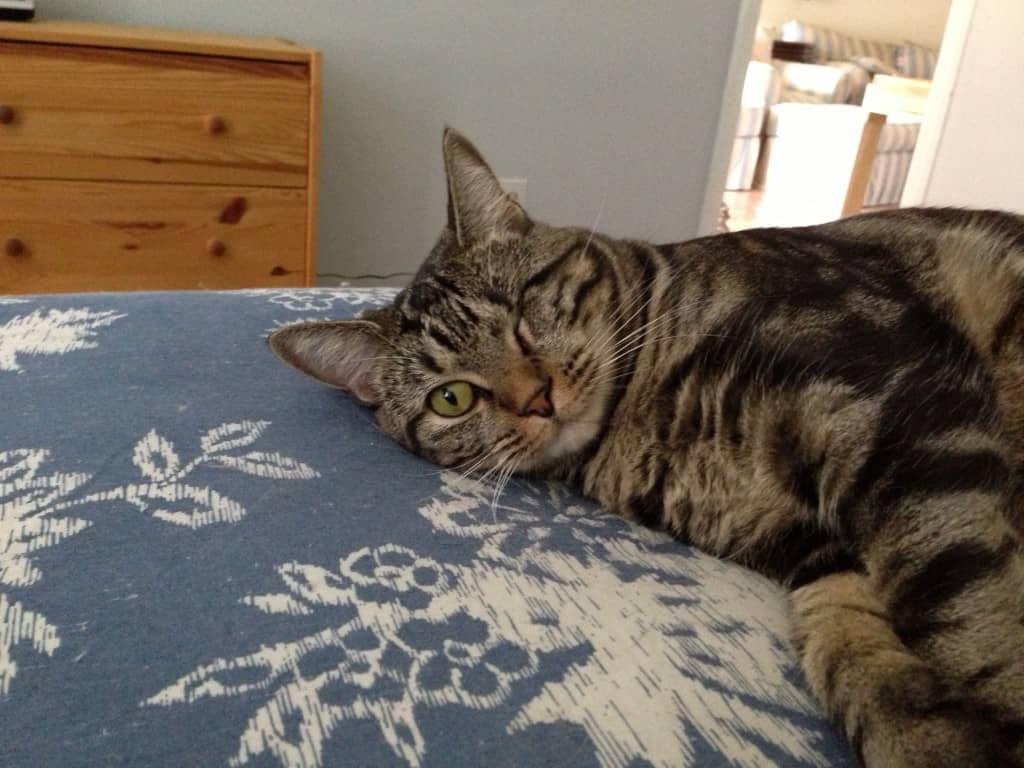 We love new things, and new things with bells are even better, so when the head peep raided the clearance bin at Petco and found us a new interactive toy with bells on it, we were all in.

First, there was the Pierre sniff test. 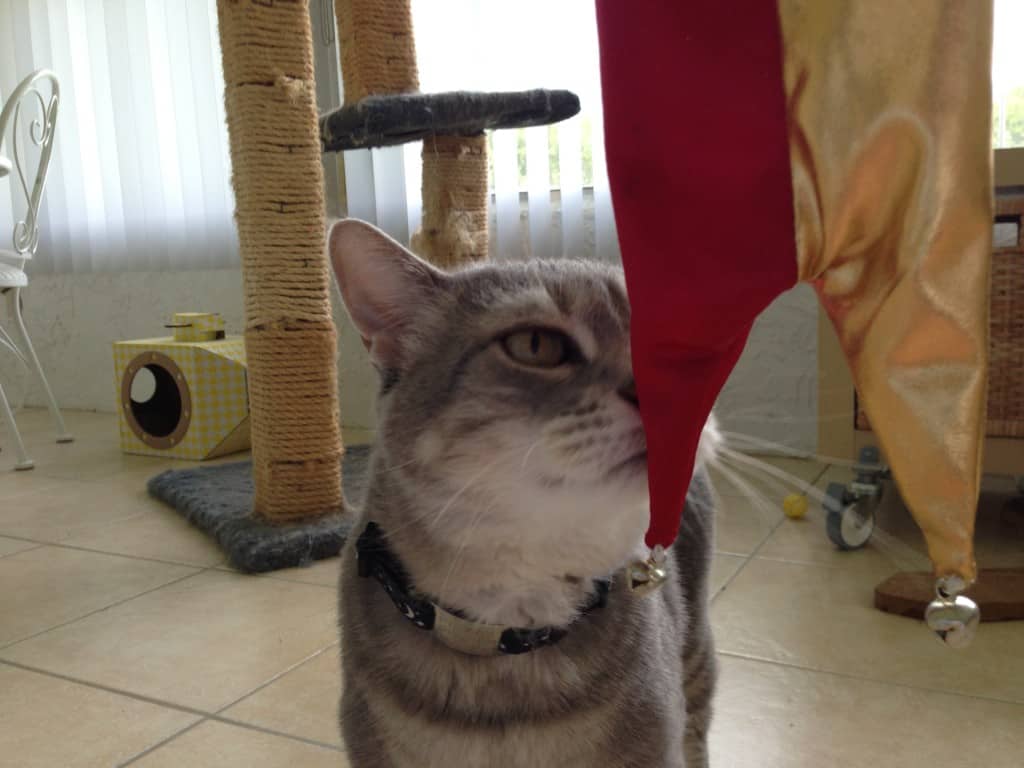 Then the Newton sniff test. 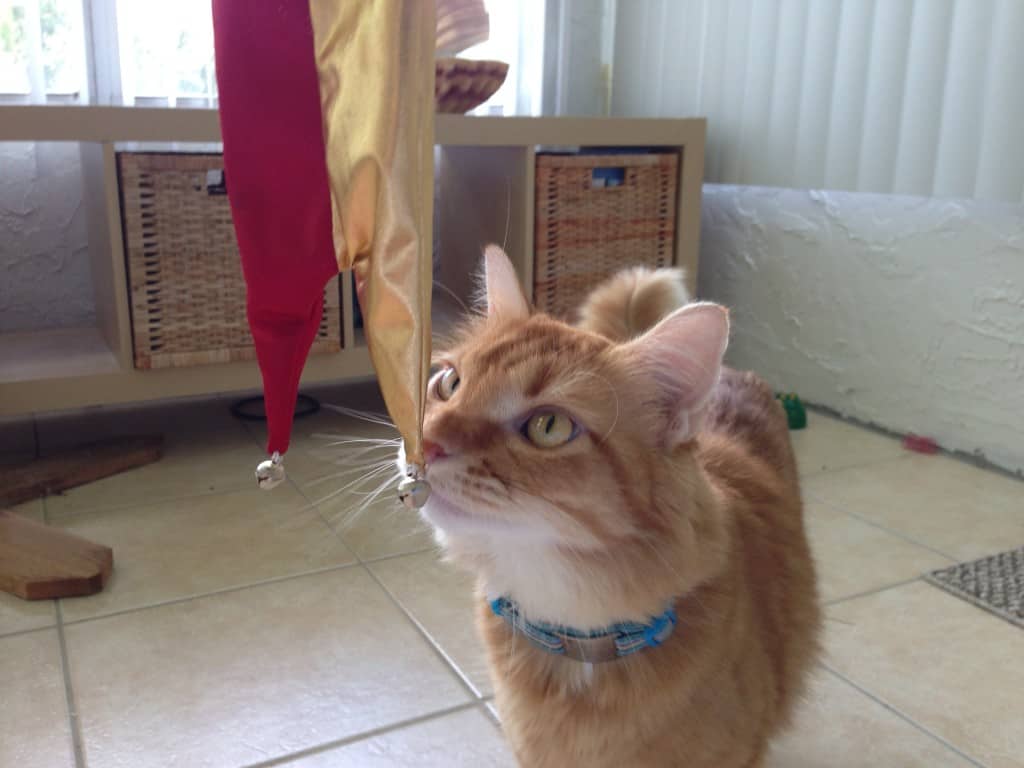 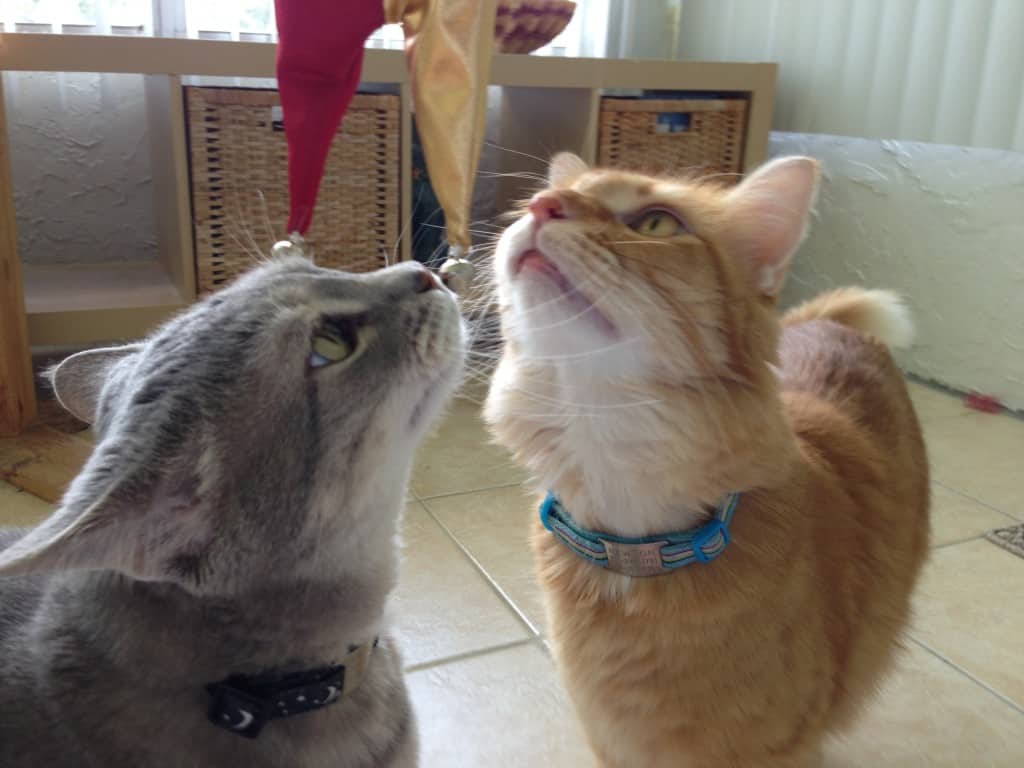 None of Newton’s high-flying moves were documented, but they are the reason that sturdy toys are a must. Here, we see Newton preparing for a leap. 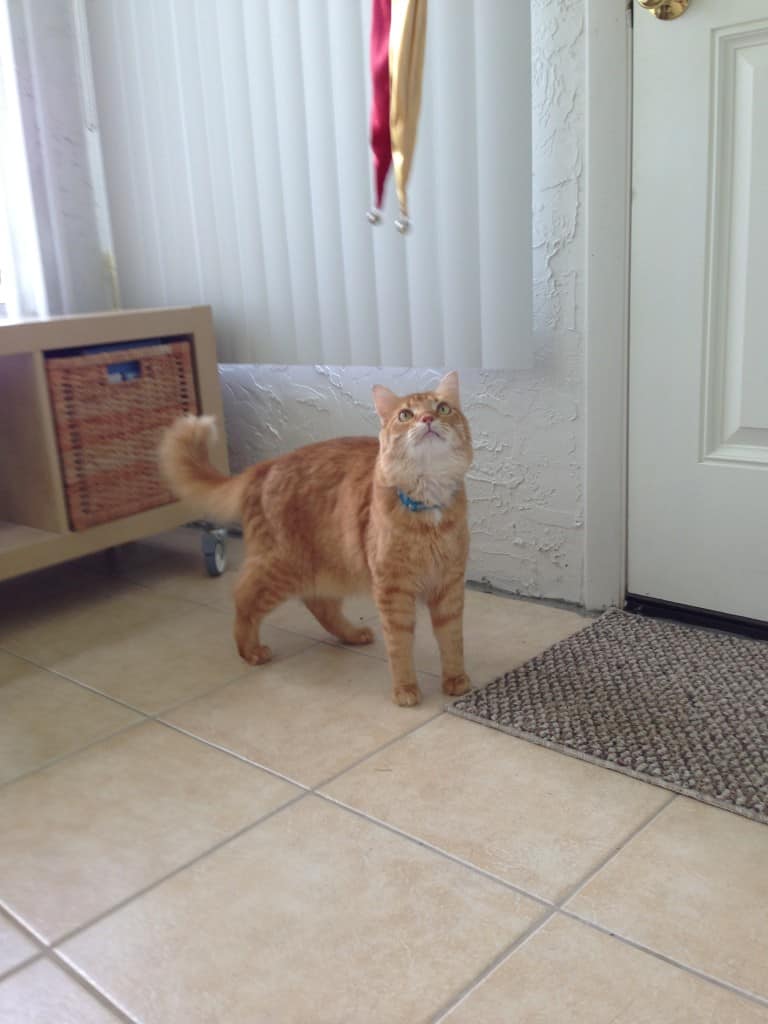 Pierre and Ashton, on the other hand, liked their bells at ground level. 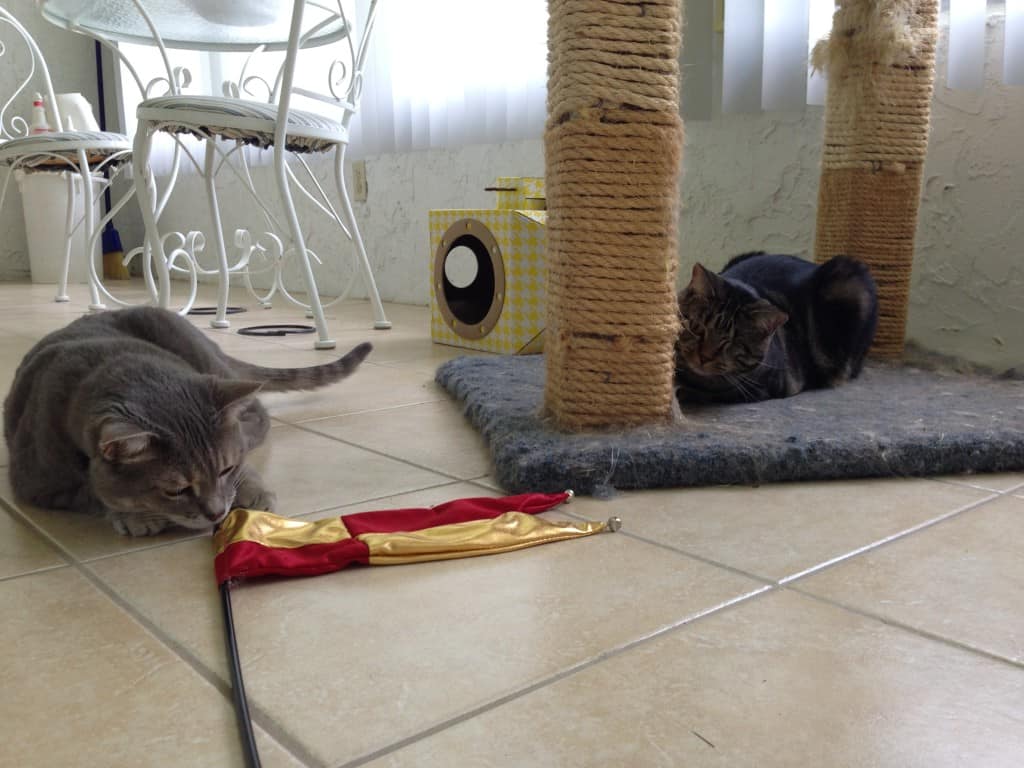 Pierre was the final victor, putting the bitey on the bell toy and making sure that it was all his. 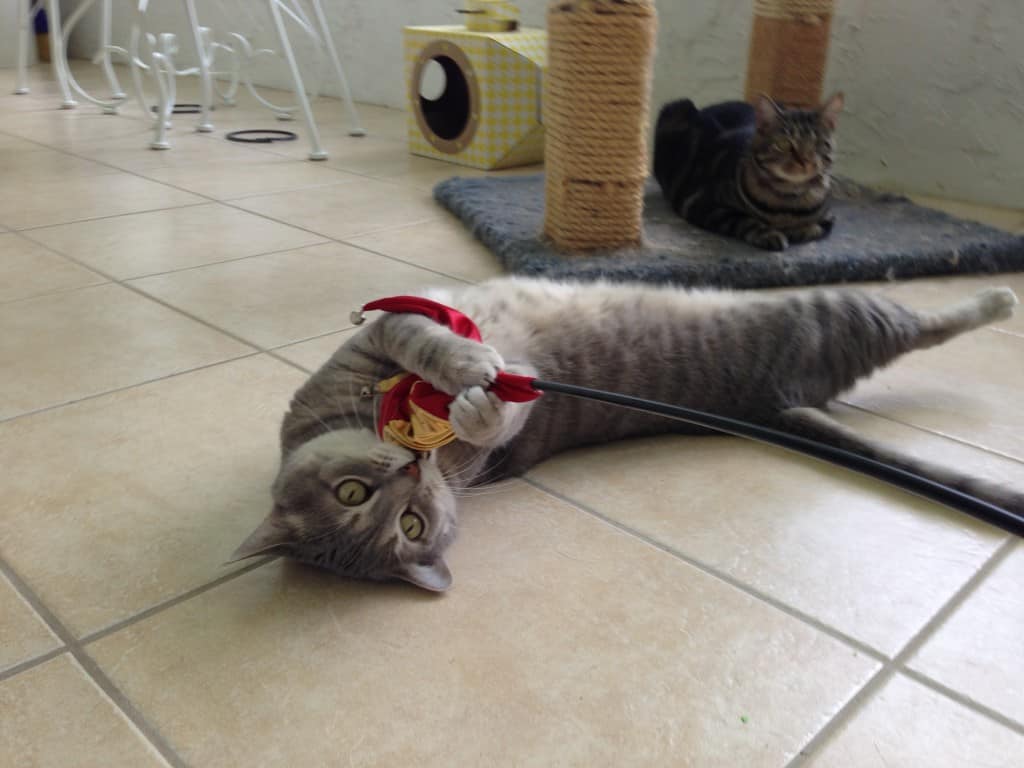 Ashton is modest, but she gives us a little peek at that tabby tummy. 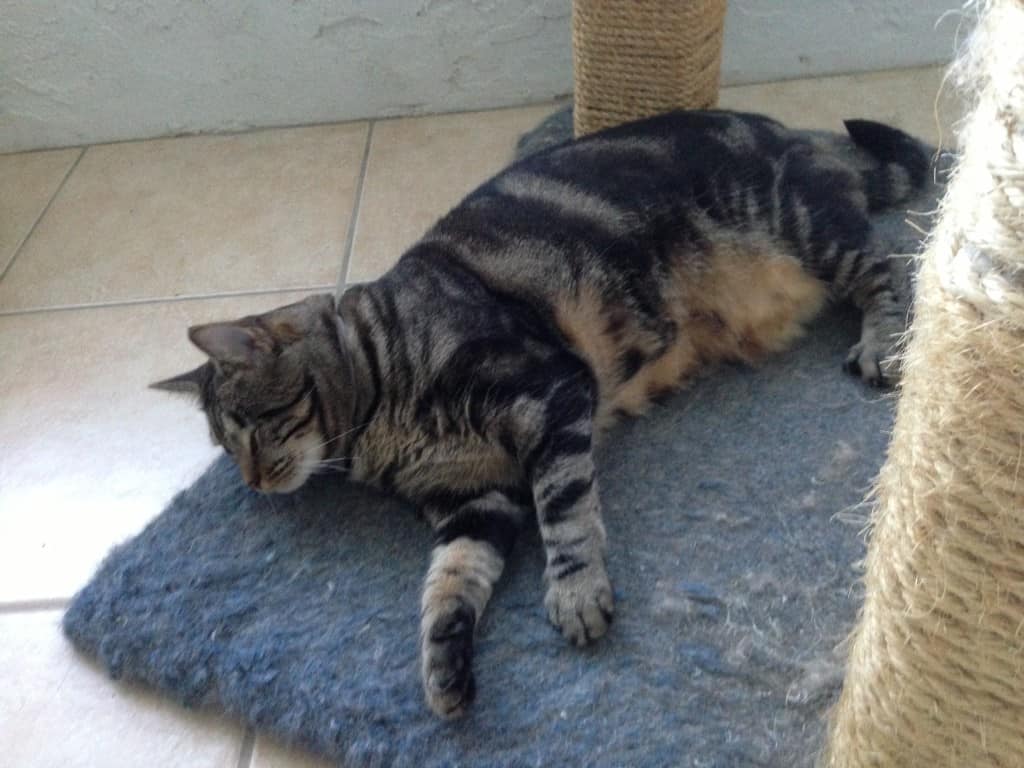 She has pumpkin-orange fur on her tummy even though she is brown everywhere else.