Pierre: It’s a chick. Don’t you recognize a chick?

Pierre: It probably escaped from Ashton’s Chicken Emporium. So be careful with it. Ashton will want it back. 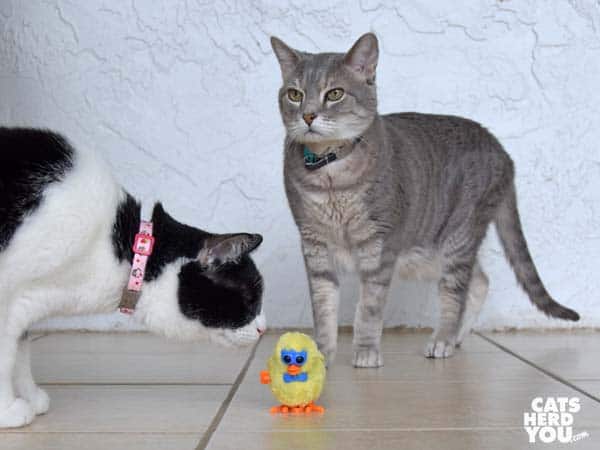 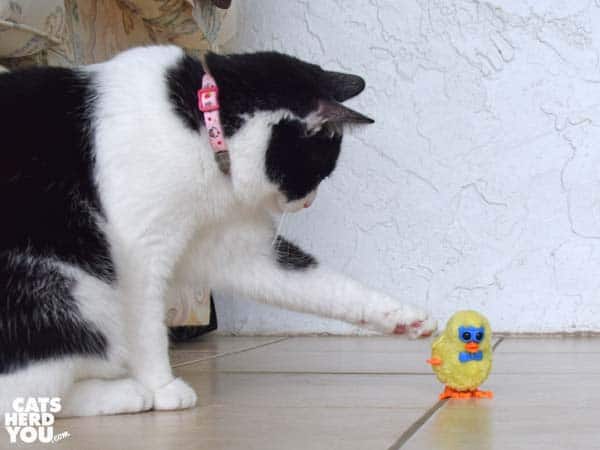 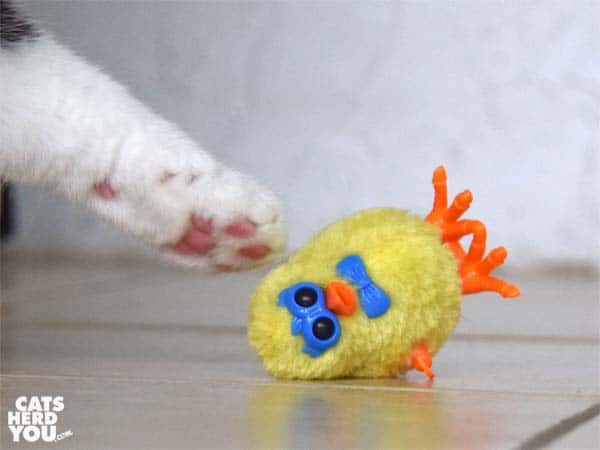 Cupcake: Ashton didn’t see that, did she?

Pierre: You’re going to be in so much trouble if she did. 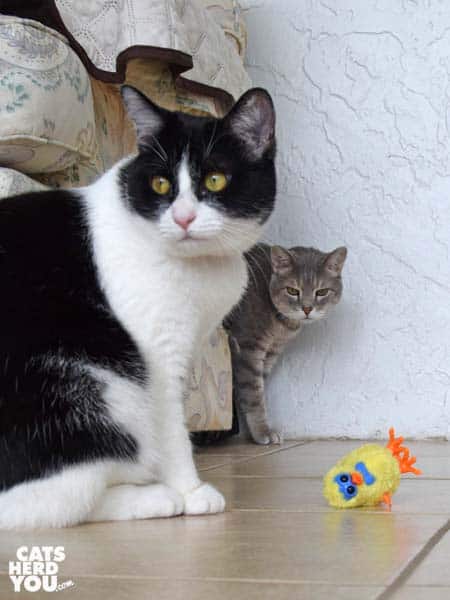 Cupcake: You won’t tell her, will you?

Pierre: That depends on how much tuna you can find for me before Ashton wanders by. 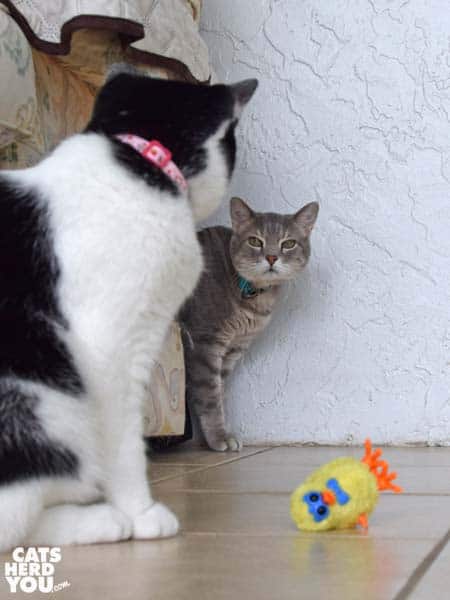