You are here: Home / Cats / When Wand Toys Attack

Cupcake: Hi, Mr. Pierre. What are you playing with?

Pierre: It’s the wand toy. You don’t want to play with this.

Cupcake: Why wouldn’t I want to play with it?

Pierre: This is too dangerous for a young cat like you.

Pierre: Look how dangerous it is. It’s attacking me!

Cupcake: Do you need me to rescue you?

Pierre: Stay back for your own protection! 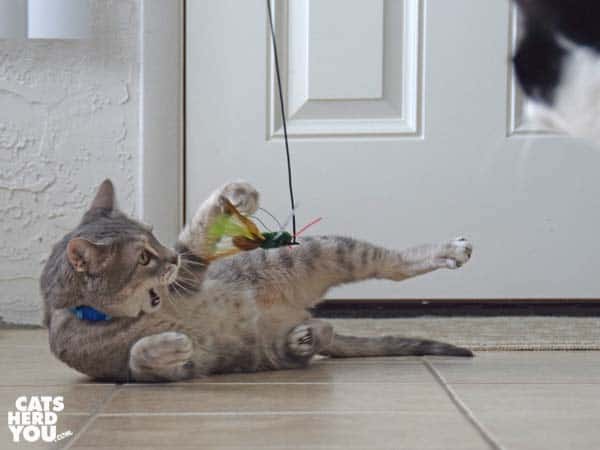 Pierre: Save yourself! I’ll hold this here while you run to safety!

Pierre: Did it work? Is she gone?

Cupcake: I HEARD THAT!