You are here: Home / Cats / A Solution for Cats Knocking Stuff Down

I got a camera to watch my cats when I was out of the house, but to get it to reliably trigger when they walk across the floor, I needed to put it at the edge of the shelf. 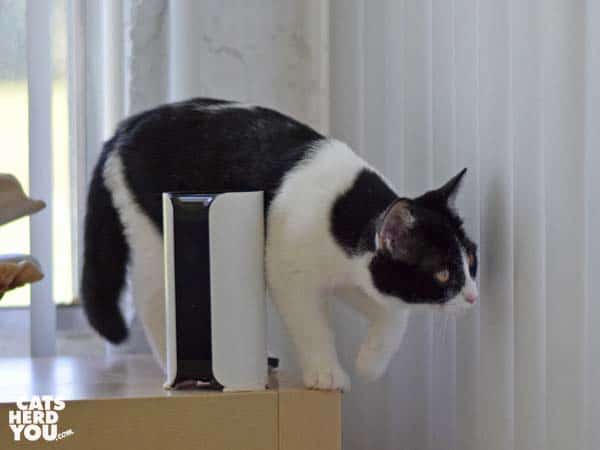 That posed a problem. Not only is the edge of the shelf a dangerous place to put a camera, it is also right above one of the cat water bowls. 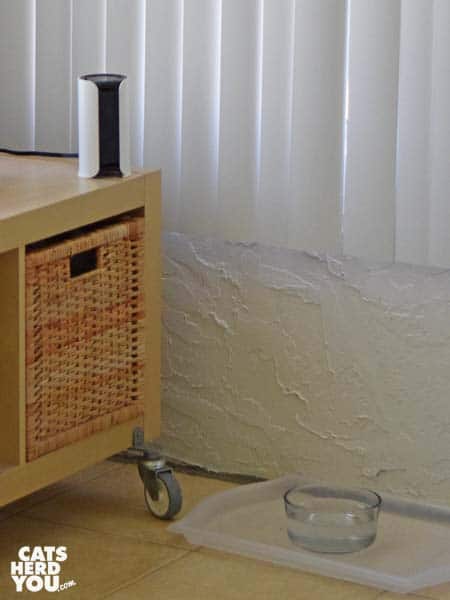 It’s not like that shelf is a low-traffic location, either. It’s a key access point to one of the only windows in the house that faces west. That window features some good bird watching, too, so it has always been a regular hangout for all of the cats. 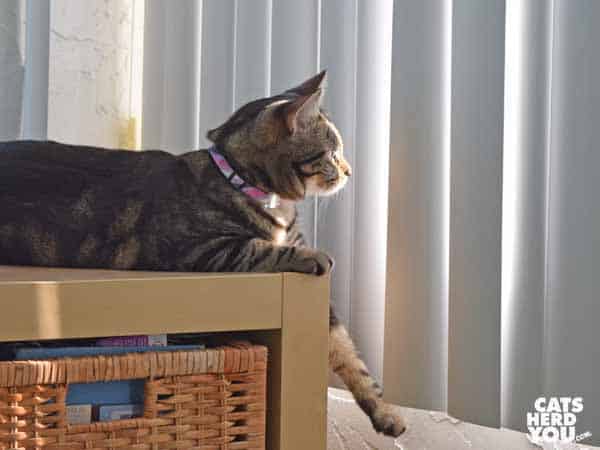 I remembered reading about a special, removable putty you could use to hold objects in place, so I did a few searches and found Quake Hold museum putty. Maybe everyone in California already knows about this, but those of us in Florida never got the memo about this stuff. 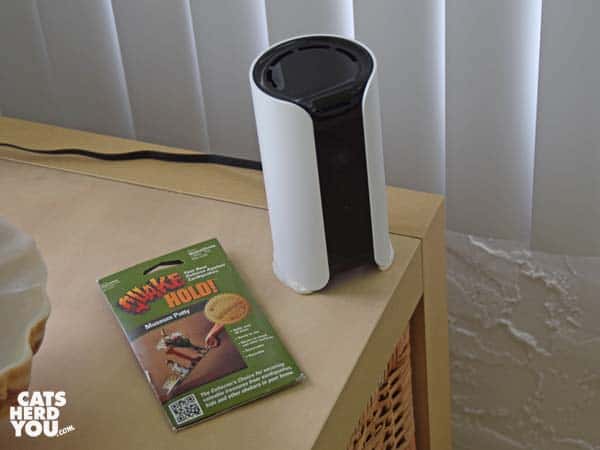 So for folks who never heard of museum putty, it’s inexpensive stuff used by museums and I guess people who live in earthquake-prone areas to keep knickknacks from falling down. It isn’t much to look at. It’s an off-white putty you work with your fingers to soften. 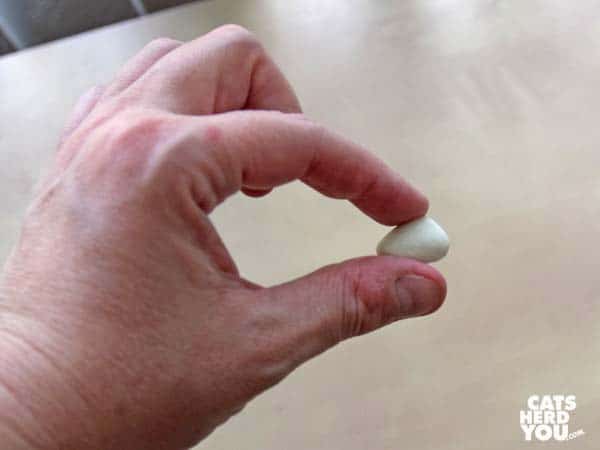 You can work it to whatever shape you need to fit under the base of your breakable object, then smush the object you want to stay put down onto it and let it cure for 24 hours. That’s pretty much it. 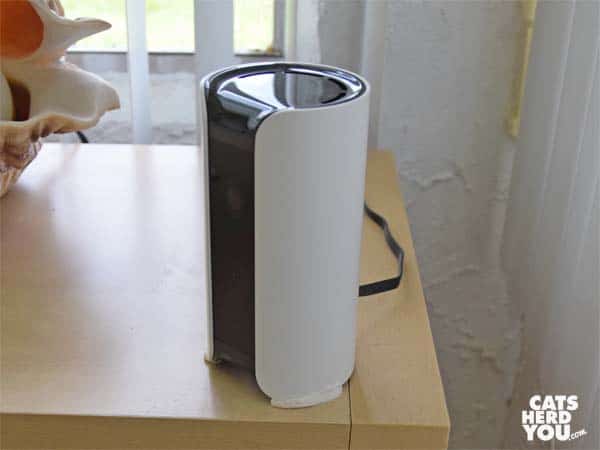 For my camera, instead of round dots of the putty, I made a little putty snake and fit it around the base of the camera before smushing the camera down into it.  I was worried that there might not be enough surface area of the camera in contact with the putty, but it has stayed put for a month now. 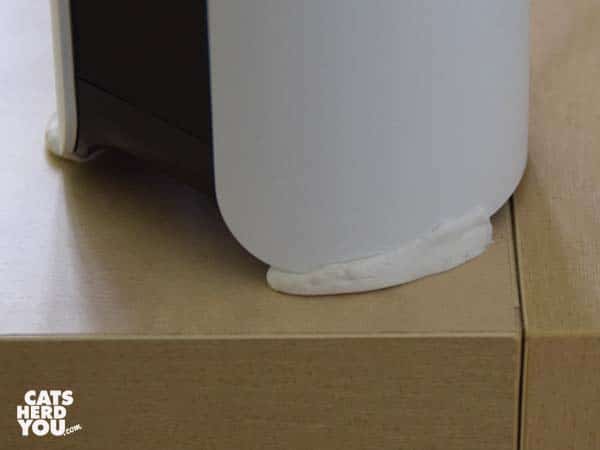 Ashton isn’t shy at all about leaning on the camera, even when she knows she is being watched. If it wasn’t held in place somehow, I’m sure the camera would have toppled by now, probably while I was taking this photo. 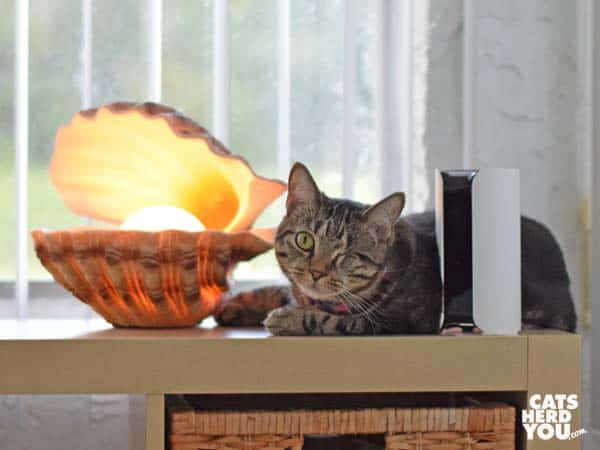 Thank goodness for Quake Hold! It costs under five dollars, and I can’t believe it has taken me this long to find out about it. Hopefully some of you reading will break a few less knickknacks or other valuables now that you know about it, too.

This post contains an affiliate link, which means we receive a small percentage if you make a purchase using the link on this page.