You are here: Home / Health / Planning for Unexpected Veterinary Costs

Do you have a plan for what will happen if your cat has expensive health issues? I was faced with this in the past few weeks.

First, Pierre got sick. He was really sick, and he had to be hospitalized. The day he was hospitalized, the first treatment plan I signed to approve was over $800. Then the vet brought me an updated treatment plan with additional tests for $1200. The final bill for just that day while he was hospitalized at the vet on IV and running tests was over $1400. It was scary to worry about him, and also scary to know how fast we were running up bills trying to help him get better. 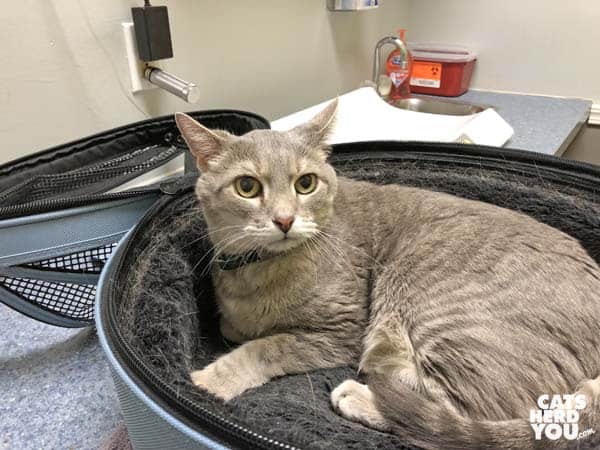 That wasn’t his only vet visit that week. Pierre was actually at the vet four days that week, for diagnostics, supportive treatments, and medication. Plus there were two visits to an outside pharmacy to get medicine that we could get him to take.

About the time Pierre started feeling a little better, Cupcake stopped eating. Then she started throwing up.

There was nothing sadder than seeing Cupcake looking miserable under the kitchen table while we prepped breakfast for the cats. That’s the time of day when she would normally be “helping,” but instead she just sat under one of the kitchen chairs, and then she refused to eat. There was obviously something really wrong.  So back to the vet we went.

With Cupcake, we jumped right to diagnostics to try to figure out what kind of bug the cats were transmitting. The last thing we needed was Cupcake passing this around any further. The idea of medicating Ashton when she won’t eat pill pockets is kind of terrifying, so the sick cat merry-go-round needed to stop before it got to Ashton. 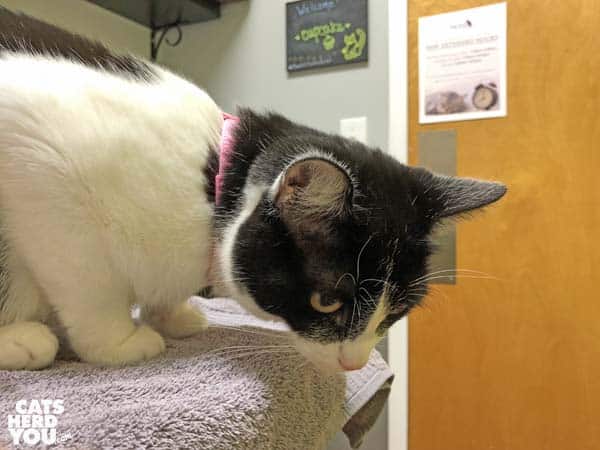 That resulted in lots of medications for Cupcake’s symptoms, but frustratingly, we got no real diagnosis of the root cause of the problem. At a year old, Cupcake bounced back pretty fast. Much faster than Pierre, who is nearly 14. So she didn’t need as much help as he did. She felt better after only a couple days of medication, and she was soon trying to steal treats from Pierre while he had sub-q fluids administered at home.

After over a week without yet another cat having to visit the vet, I think we can safely say that this outbreak of whatever it is has finally left the building.

When all was said and done, between Cupcake and Pierre, we ran up $2703 in vet bills in 8 days. I can’t tell you how grateful I am that we have pet insurance. Some people think pet insurance is something you have to start when a cat is young, but that isn’t necessarily true. I enrolled Pierre when he was 12 years old, but while he was still healthy and had no major illnesses. As a result, I was able to say “do whatever you need to do for him” without wondering how I would pay for his treatment. 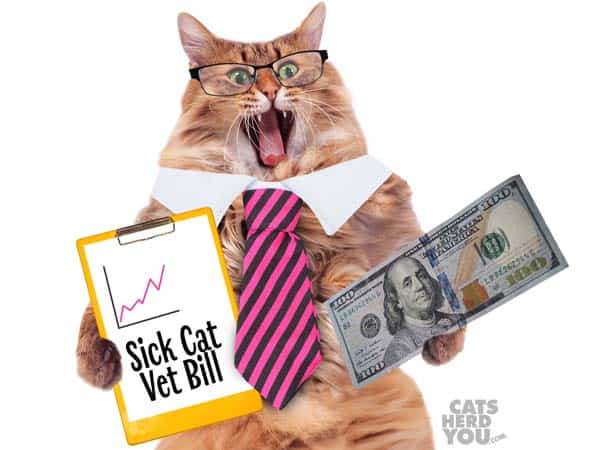 That’s why I have insurance. It isn’t because I expect to get every nickel back that I paid in premiums. I would rather have a cat who is so healthy that we never have to use the insurance so I “lose money” on it. For me, it’s peace of mind that I can authorize necessary treatment rather than choosing not to treat for financial reasons.

When all was said and done, insurance reimbursed roughly half of those vet bills, over $1300. I chose insurance plans for both Cupcake and Pierre with $500 deductibles, so most of what I wasn’t reimbursed was their deductibles. I could have chosen a smaller deductible when I signed them up for insurance, but I never expected they would both be sick the same week!

Insurance isn’t the only way to go, of course. Even if you have insurance, it’s a good idea to set up a savings account to cover vet bills and contribute to it regularly. It takes time to accumulate savings so you should start as early as possible. 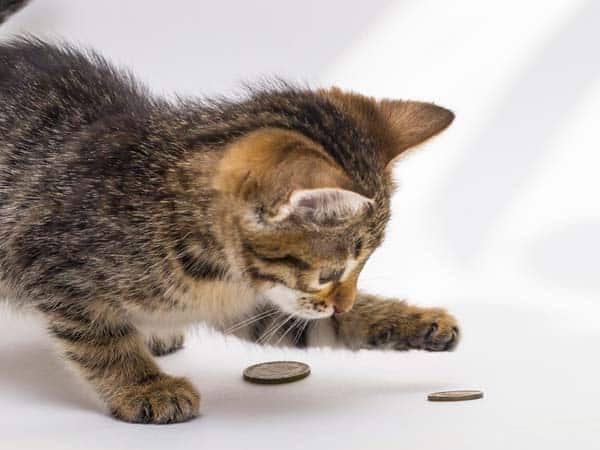 Since it takes time to accumulate savings, an unexpected veterinary bill soon after you start it can overcome the savings you have begun to collect. Young, healthy cats are your best chance to build savings against future vet bills.

Regardless of the way you prepare yourself for future vet bills, the important thing is to have a plan ahead of time. The past few weeks have proven to me that you’ll be grateful to your past self for the planning ahead when you’re in the middle of a crisis. 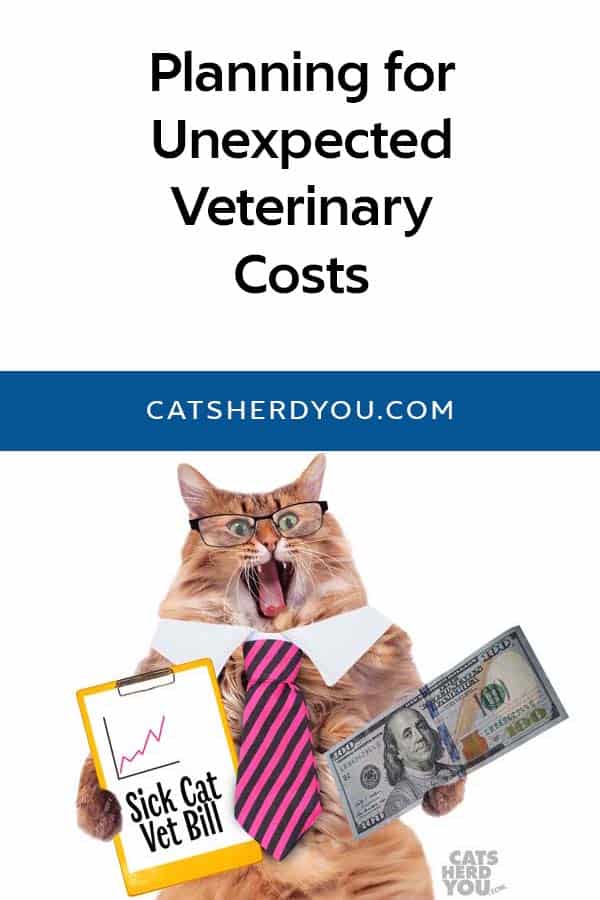