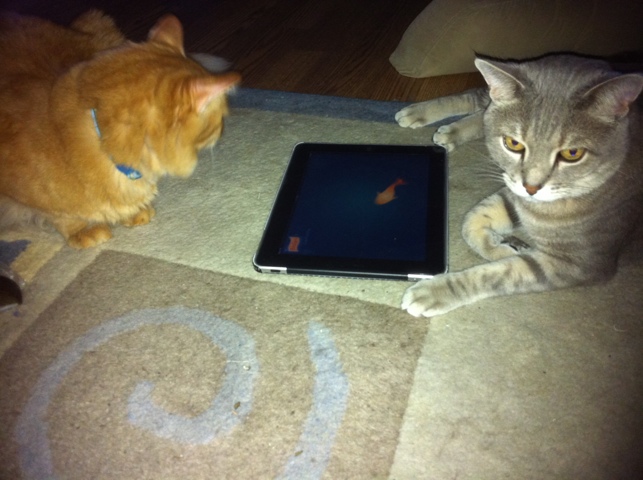 While Pierre and Newton play with each other all the time, Pierre’s face says it all about sharing his iPad time. Newton is not typically an iPad player, and his idea of playing is to put his paw on the screen and holding it there, but this game attracts even the most finicky among them. 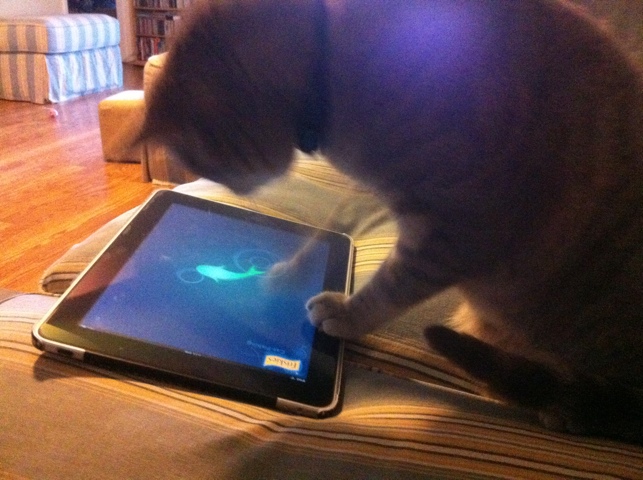 Pierre is an iPad loving cat. When the iPad comes out, he noses in to see were the fish are. He loves the fishing game, more than any other game or app we have found. 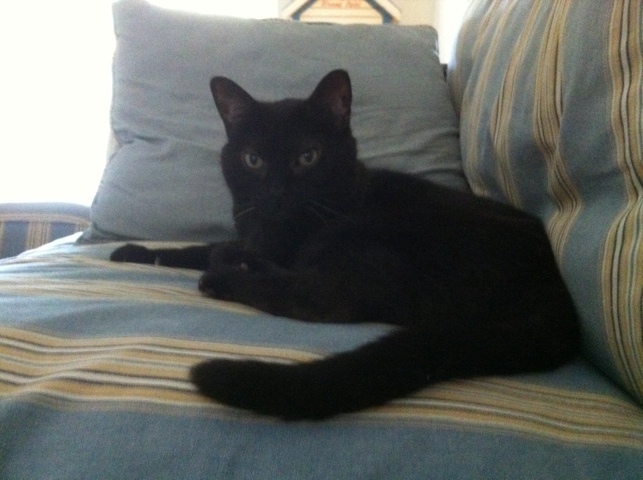 Talia is always up for some time with her peeps. Scratchings are required during hang out time. 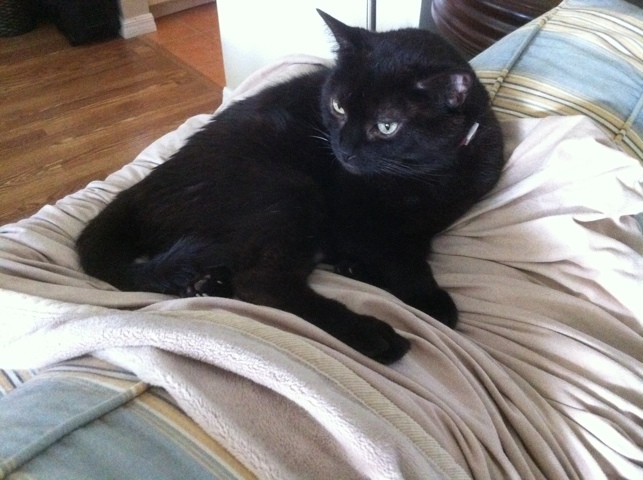 Although the crease on the back of the chair is highly coveted for its comfort and view of the entire house, Talia rules the day. She stirs briefly for a chin scratching before heading back to dreamland.