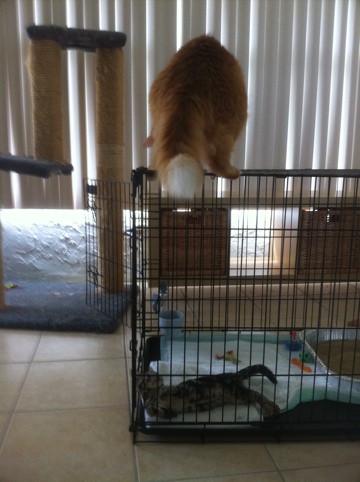 Newton has gone up on top of Ashton’s crate when there was a towel there and laid out to watch her. The towel is gone, but he has made the attempt a few times. 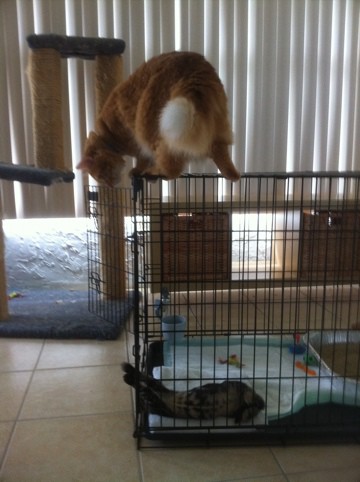 Ashton watches while Newton precariously balances on her roof. She thinks he wants to play. 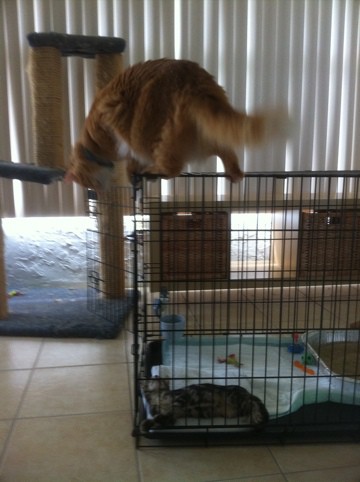 He realizes this isn’t working… 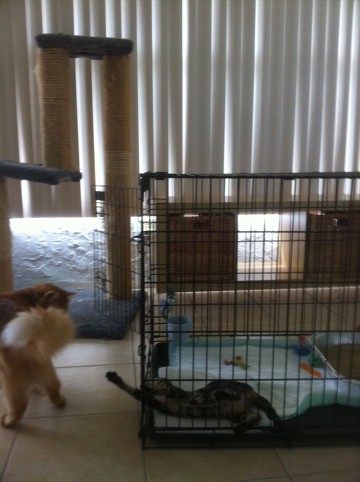 But Ashton still wants to play!

Ashton finished her dinner and had a very full tummy. It did not stop her from playing with her mint stick toy. 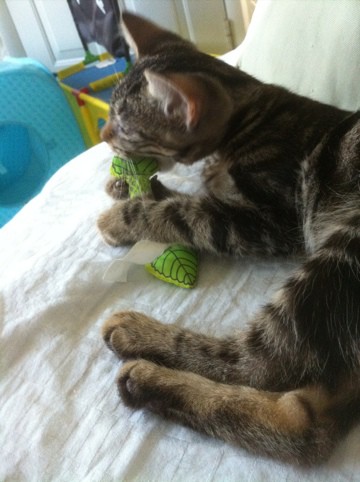 She rolled and hugged it. She chewed on it (as well as a few fingers and her own tail).

But she never lost that adorable kitten face! The “I can do no wrong no matter what to see or smell” look. 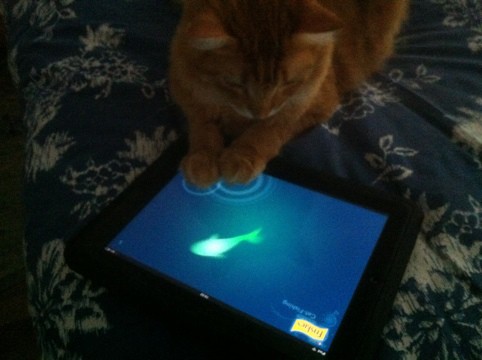 Pierre has, up until now, pretty much held a monopoly on cat fishing. Newton has rarely expressed much interest in the activity. 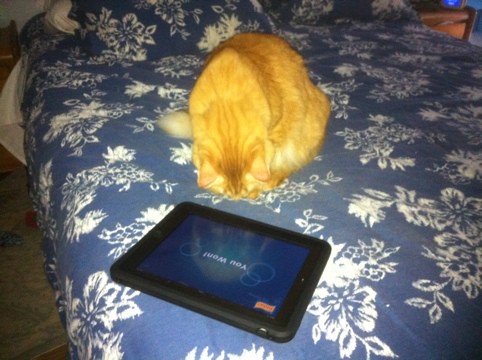 Recently, that has changed. Newt has been much more inquisitive about the iPad and the fish. Now we have two cats demanding computer time! 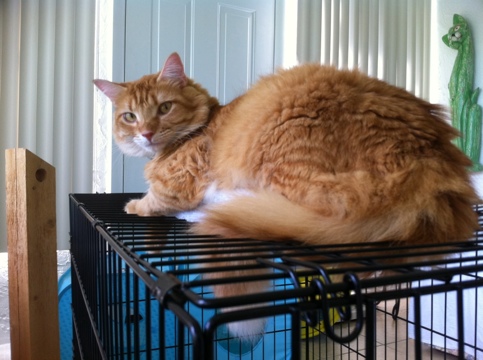 A towel got left on top of Ashton’s crate. Newton used it to get a new vantage point to watch her from. 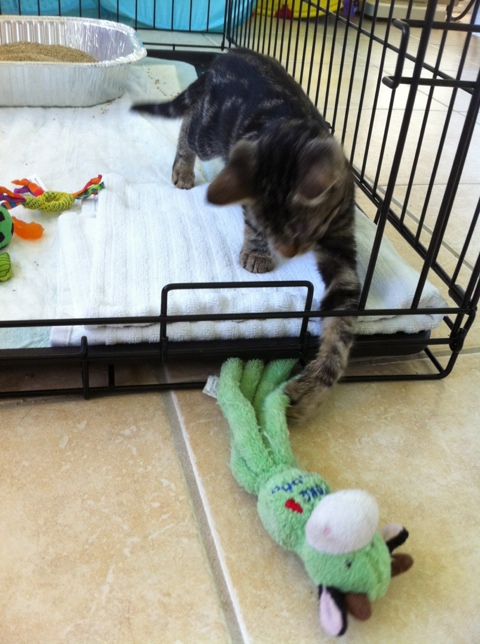 Ash is getting more playful by the day, even if she is being watched. She is playing with her Wubba.