You are here: Home / Cats / The Little Gingerbread House

While the head peep was shopping at Target last weekend, she managed to score one of those cardboard gingerbread houses that seem to be all the rage in the blogosphere this year.

Pierre had some question about whether this should actually be Newton’s new address or his own.

Newton: I like this. Kind of roomy, with a nice view of the sunroom.

Pierre: What are you doing in there, Newton? 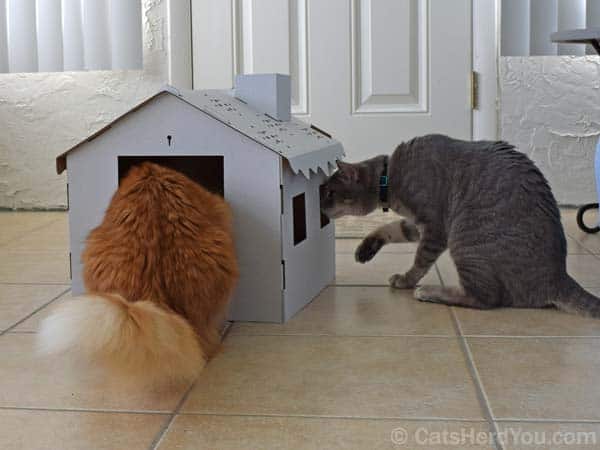 Newton: I’m just checking out this real estate listing. It looks like it will be a nice little rental place for me to hang out, don’t you think?

Pierre: I think that it’s not a friendly neighborhood for you. *POKE* 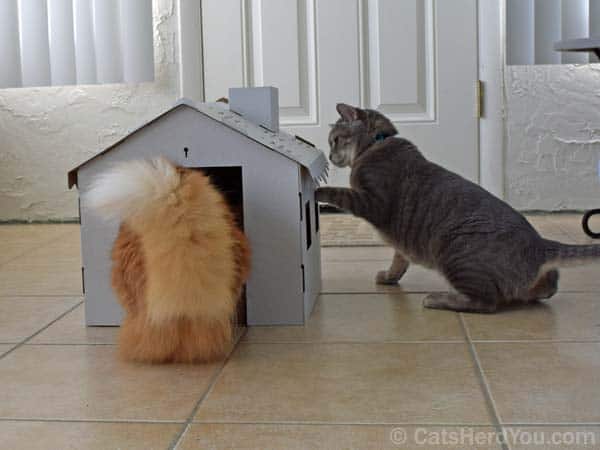 Newton: Hey! Bring that paw back over here while I’m paying attention. 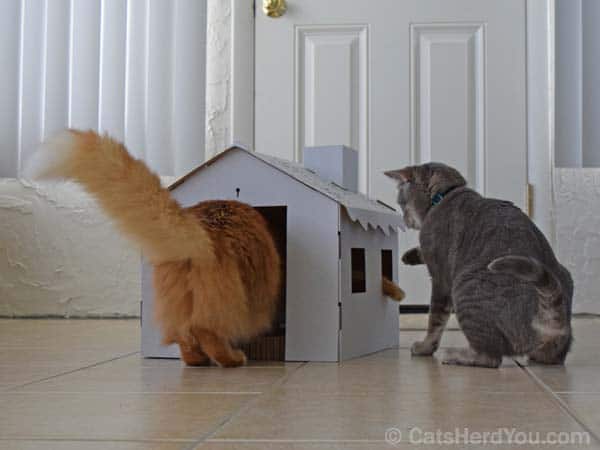 Pierre: I’ll show you what happens to paws that hang out of windows! 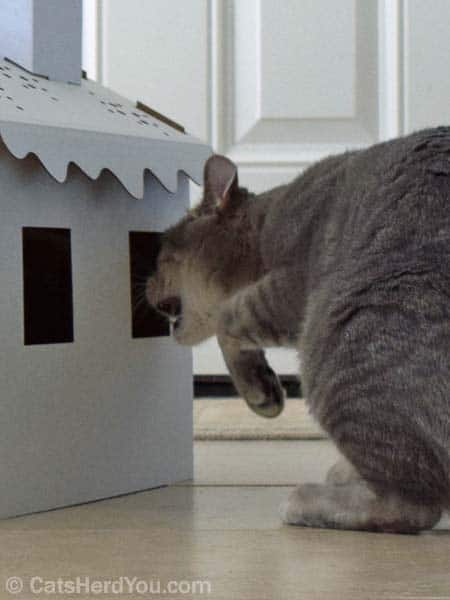 Newton: Come on, Pierre. Let’s just be friends and share the little gingerbread house. Can we shake on it? 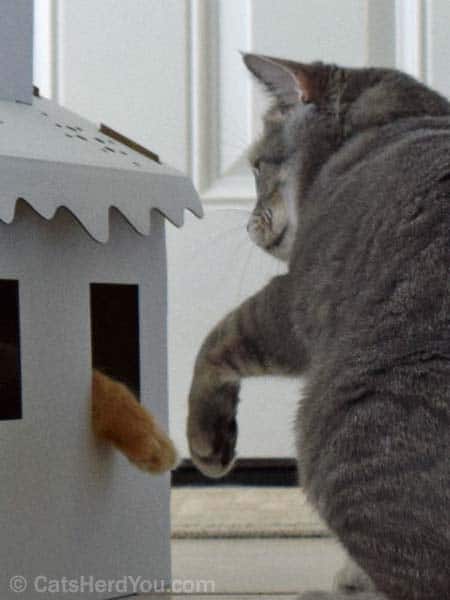 What do you think that Pierre’s answer will be?