You are here: Home / Life With Cats / DIY Cat Toy from a Toilet Paper Tube

You know the look. It’s the cat expression that says, “I don’t have anything to play with.” What can you do? With some simple items you have in your house already, you can make a new toy. 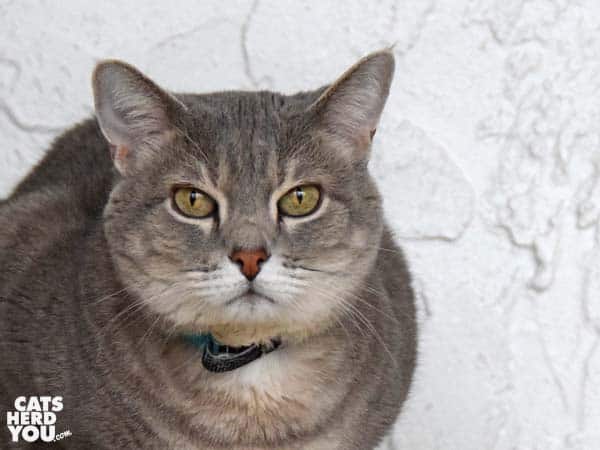 All you need is the cardboard core of a toilet paper roll, a pair of scissors, and a pen. 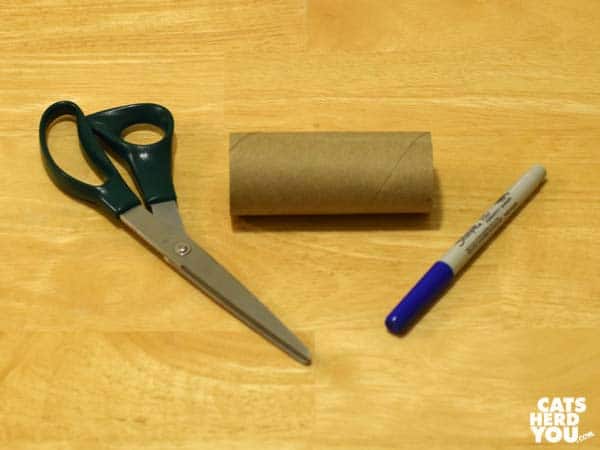 Use your pent to mark where you plan to cut. The old saying is measure twice, cut once. I made marks 1/4″ apart. 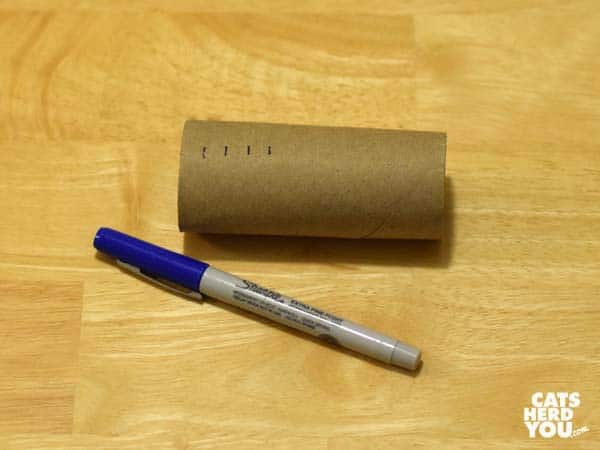 Use your scissors to cut the tube at the pen marks. I found it easiest to start the cuts if I pinched the tube flat temporarily so I could make one cut across and have a clean segment of the tube.

You can see in the photo below that the cardboard hoops I cut off the tube still look a little pinched from when I cut them. 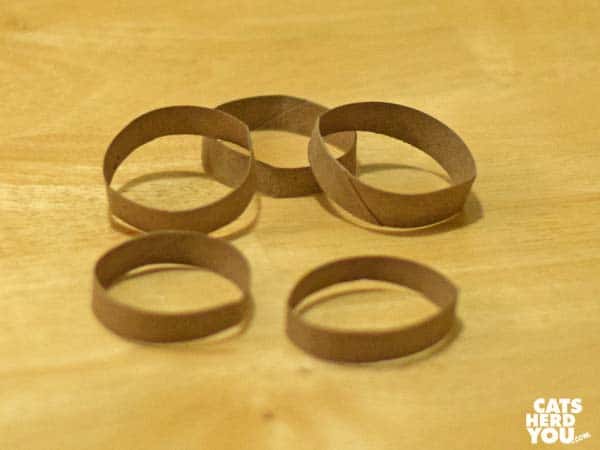 Put one of the cardboard hoops through another one. 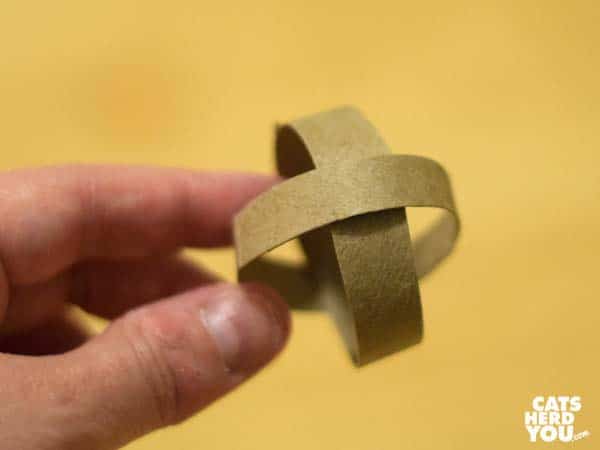 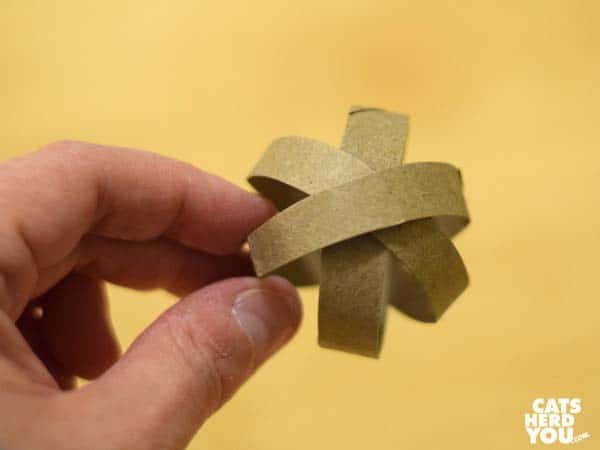 Slide a fourth cardboard hoop around the outside of the other three and wiggle them around, if necessary, to make your ball. 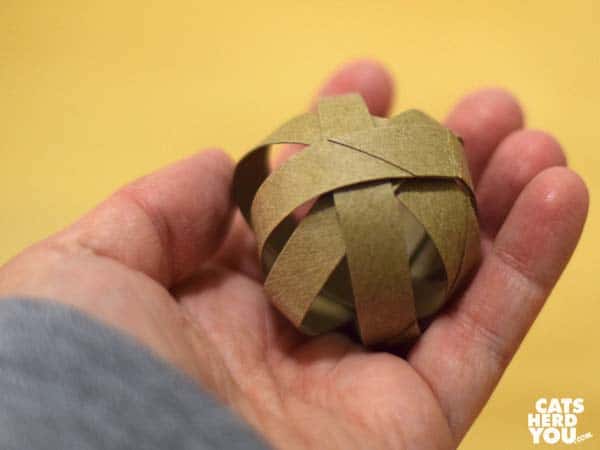 It sounds easy, doesn’t it? But the important part is whether it helps with cat boredom. 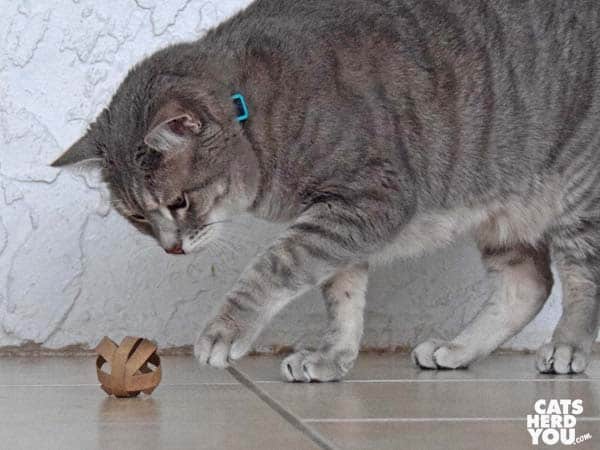 Newton, on the other hand, disassembled the ball immediately. He is into destructiviest art. 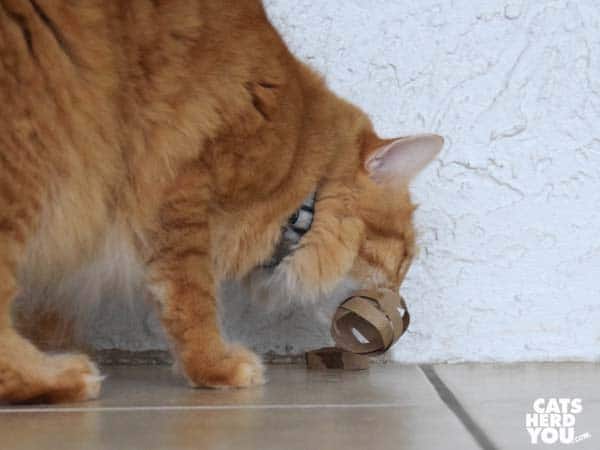 If you have a cat like Newton, you could use some non-toxic glue to hold the ball together when your kitty starts playing rough with it. But it’s easy to reassemble again so there’s more fun.

Now you’ll never be out of cat toys again, no matter how many are lost forever under the refrigerator! Have you ever made a cat toy out of something you had around the house?