You are here: Home / Life With Cats / Catnip: Why Your Cat Loves It

The image of a cat playing with a catnip toy is so common that people are often surprised to find that not all cats respond to catnip. Over half of adult cats do find it intoxicating, and you may have wondered why. 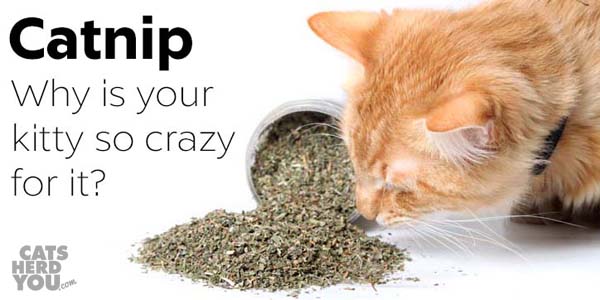 Catnip is a member of the mint family. There are over 250 members of the mint family, and some cats may respond to more than one of them. Some cats are attracted to peppermint or spearmint, which can means it’s a good idea to keep breath mints secured, just in case!

The ingredient in catnip that cats respond to is an essential oil, neptalactone, found in the leaves and stems of the catnip plant.

When your cat sniffs catnip, neptalactone particles travel into your cat’s nose and into her nasal tissue, where they bind to protein receptors that stimulate sensory neurons. Signals travel from there to the brain, where information is routed to the pituitary gland, creating a response that is similar to that seen when encountering the pheromones of another cat. That’s right: catnip actually functions like an artificial cat pheromone. 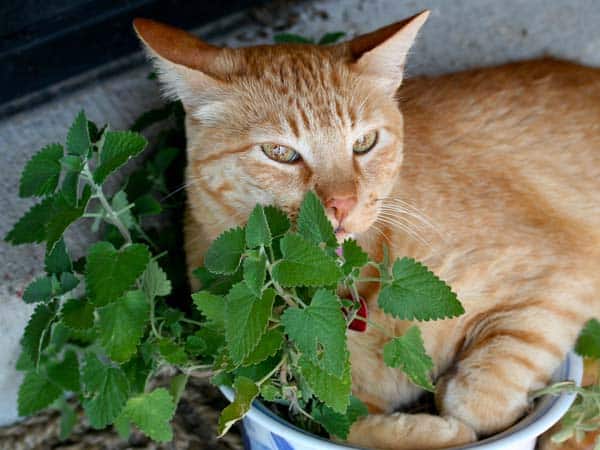 Your household cat isn’t the only one who responds to catnip. Cats all the way up to lions respond neptalactone, too.

Your Cat on Catnip

Cats who encounter catnip will sniff it, and it’s not unusual to see them lick or chew on it as well as rub or roll on it. During your cat’s catnip high, which lasts about 10-15 minutes, your cat may respond sleepiness, or drooling. Some cats show aggression and will growl or even bite and scratch while under the influence of catnip. 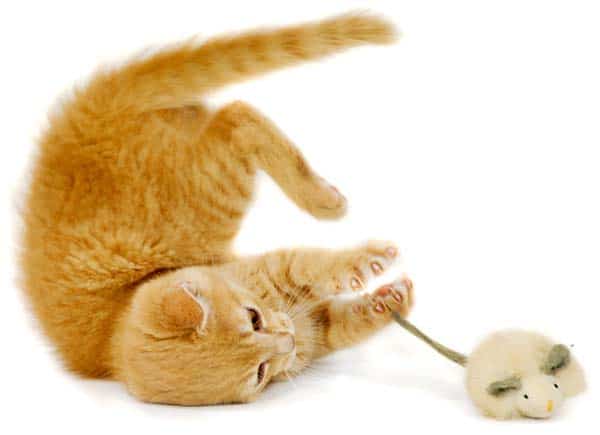 After your cat has recovered from a catnip high, she probably won’t be interested more catnip right away. It usually takes an hour of two for your cat’s brain to “reset” and be ready to respond to catnip again.

If your kitty has catnip too often, she may stop showing interest in it. Try putting it away for a couple weeks before offering it to her again.

Catnip is safe for your cat. Although people will joke about their cat being “addicted” to catnip, it doesn’t actually have addictive properties, and your kitty will walk away when she has had enough.

If your cat eats a lot of catnip, she could vomit or get diarrhea, just as she might if she ate grass. Let the catnip pass through her system and she will be fine. Cats who eat catnip might do better with toys that keep the catnip enclosed so that they can smell but not ingest it.

Catnip is not for Every Cat

If your cat isn’t into catnip, she’s in good company! Somewhere between 25-50% of cats don’t respond to neptalactone. Attraction to catnip is a trait passed down between parents and offspring.

Kittens under eight weeks don’t respond to catnip either. Some scientific studies showed that kittens will actively avoid catnip, so the smell of it may actually be unpleasant to them. 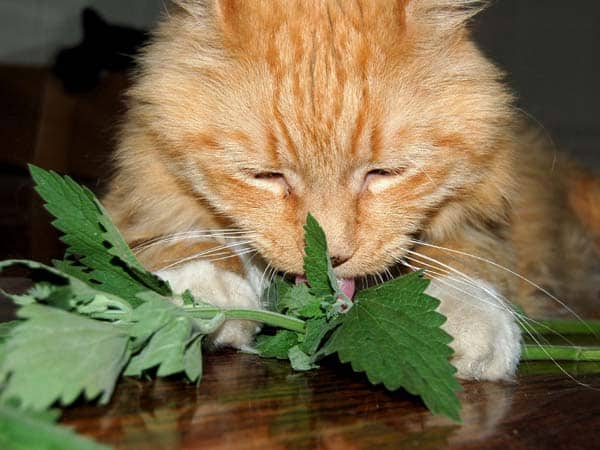 Human brains don’t work like cat brains, so we don’t get high in response to exposure to neptalactone in catnip. It is, however, a mild sedative, and can be found in some herbal teas. Nepalactone is also a natural mosquito and insect repellent.

You can grow your own catnip for your kitty (and yourself!), and many garden centers have starter plants available. Doesn’t this sound like a fun weekend project to share with your cat?

Natural Products for Pest Management, Natural Insect Repellents: Activity against Mosquitoes and Cockroaches
Economic Botany, Catnip and the catnip response
The Canadian Veterinary Journal,  Catnip: Its uses and effects, past and present
Journal of Heredity: Inheritance of the Catnip Response in Domestic Cats