You are here: Home / Cats / Another Fake Cupcake

We told you about our neighborhood fake Cupcake last week. She’s still around, and she tried to follow a visitor into the house a few days ago! But Misty isn’t the only fake Cupcake going around.

Cupcake’s foster mom has a cat who is also a fake Cupcake. 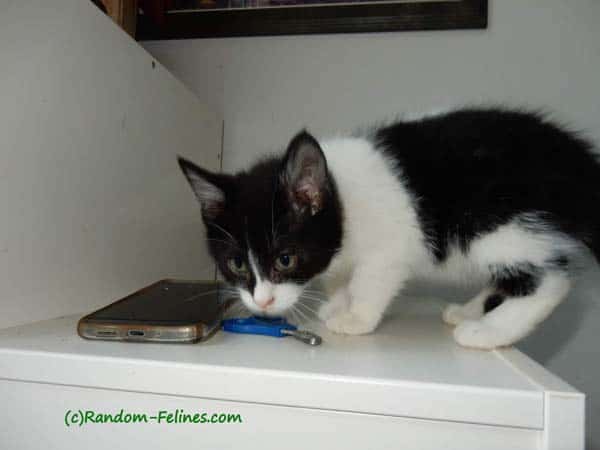 Fake kitten Cupcake is named Gargoyle, in honor of real Cupcake’s habit of lurking on top of the bathroom cabinet like a gargoyle. 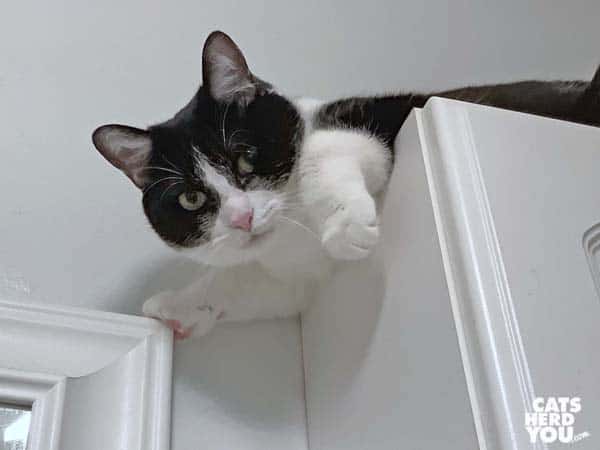 Little Gargoyle is full of sass, just like her namesake. If you ever wanted your own Cupcake, Gargoyle will be available for adoption soon from Colony Cats in Ohio.