You are here: Home / Cats / Will Someone Feed This Cat? 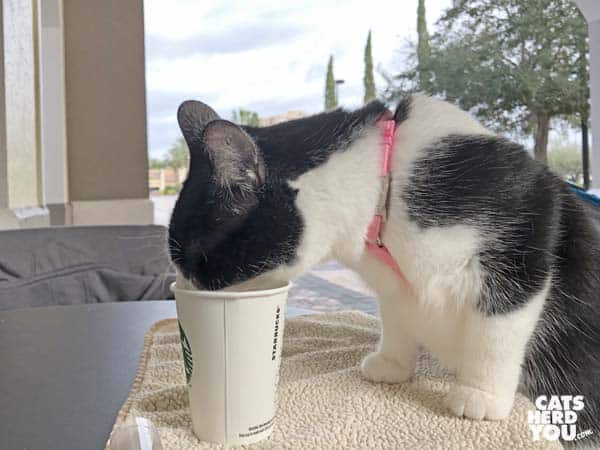 She is more inclined to look for unattended food and make it her own, as she did with a donut hole recently. 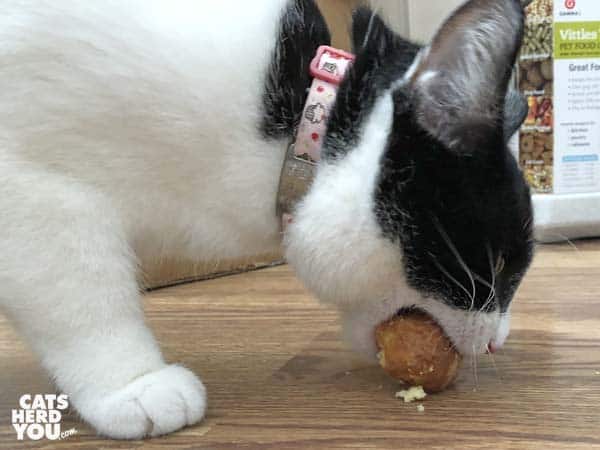 She cruises the countertop, looking for food being prepared, too. I caught her licking the top of a lasagna and put the dish in the oven to warm, and this is the disapproving look she gave me. 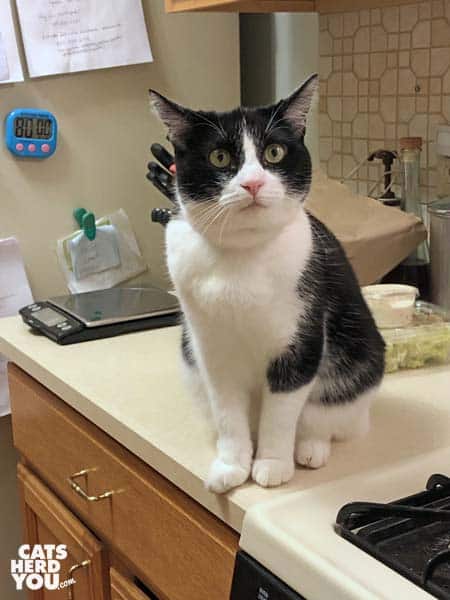 I have been puzzled at how much Cupcake has been helping herself to other people’s food recently, and then on Facebook, a memory appeared in my timeline to remind me I had shared this photo last January 15: 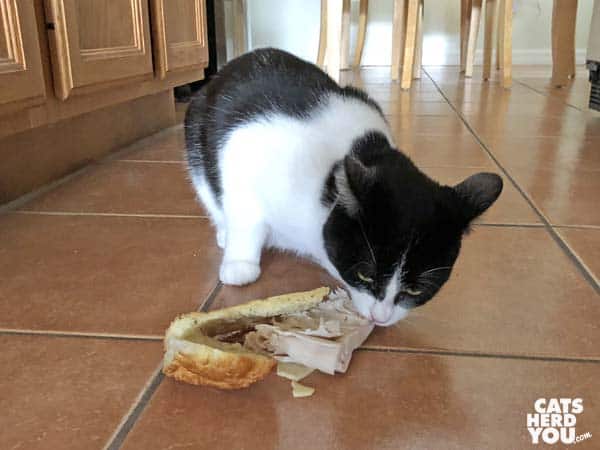 Cupcake was busily stealing food a year ago! It seems like it’s this time of year she thinks she isn’t being fed enough. Maybe it’s winter? Florida winter isn’t like winter in colder climates, but seems to have instincts to take in extra calories to compensate for the season.

Do your cats eat more this time of year, too?