You are here: Home / Cats / The Acro-Cats are Amazing

The Acro-Cats wrapped up ten days of performances in Orlando this weekend with some amazing acrobatic feats. Some of their skills look like something from a circus, like walking a tightrope. 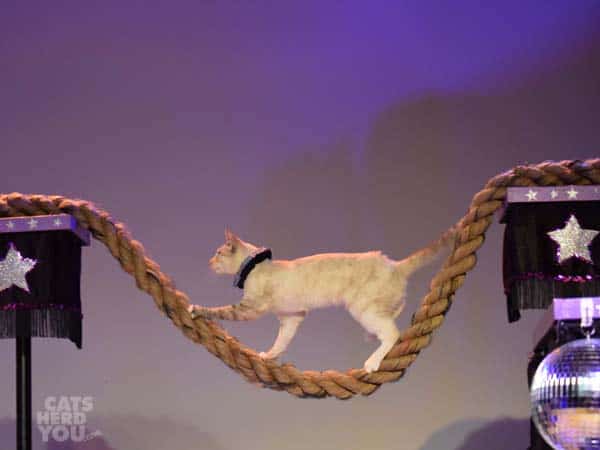 Or jumping long distances through hoops. 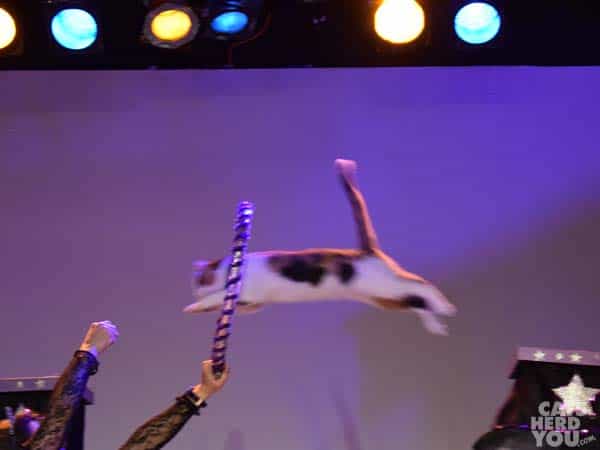 Or pushing a glitter ball. 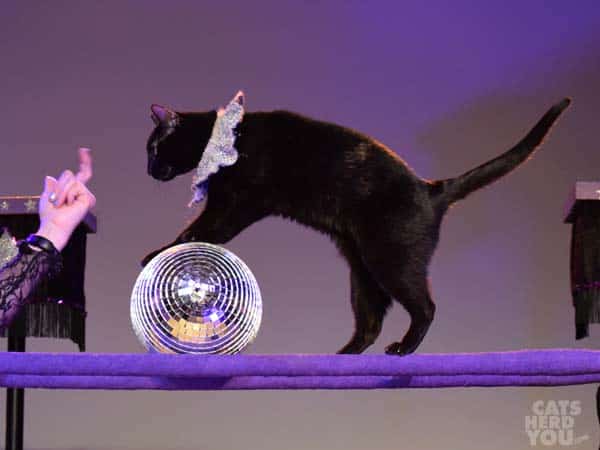 It seemed like they were always in motion. Well, almost always. Little Jax spent a lot of time sitting in front of her oversized cutout, except for when she wandered out into the delighted audience.

The cats are trained by Samantha Martin, who has trained many animals professionally and now travels on a bus with the Acro-Cats to bring them to audiences around the country. 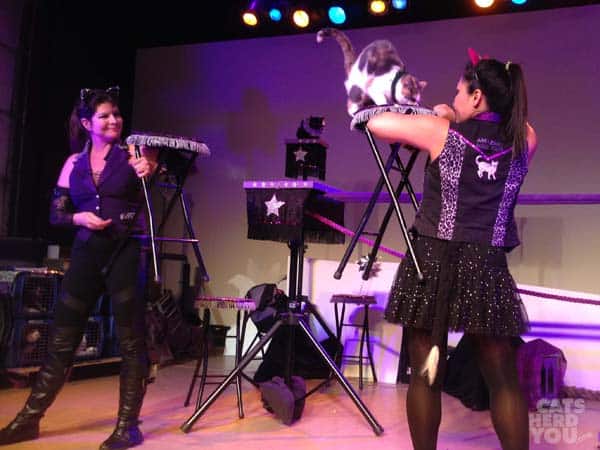 Onstage, they run, leap, climb, and manipulate things with their paws. 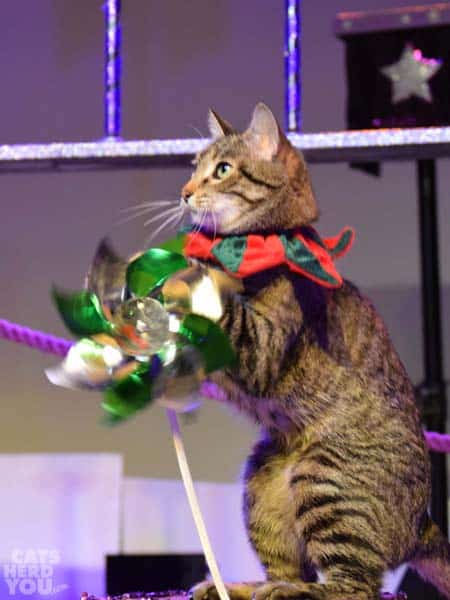 Have you ever wanted your cat to be able to do tricks like climbing a perch when you ask? 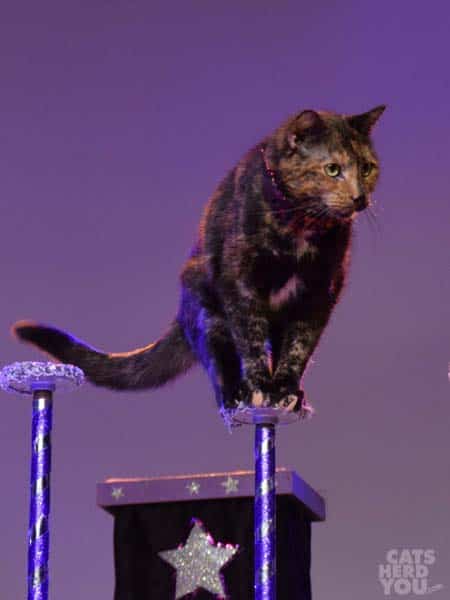 Part of the show is Samantha talking about her clicker training and target pole methods, where she assures you that you can teach your cat the same thing.

The thought of Ashton learning to ring a bell every time she wants more chicken is kind of scary, so we probably won’t be teaching this trick this at our house. 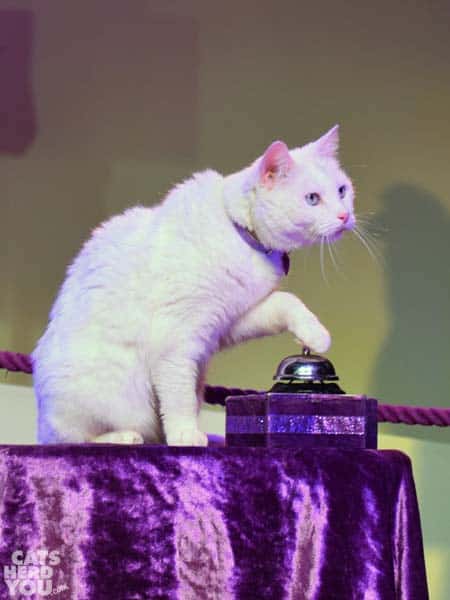 Some of the cats have musical talents, too, and they play in the Rock Cats band. 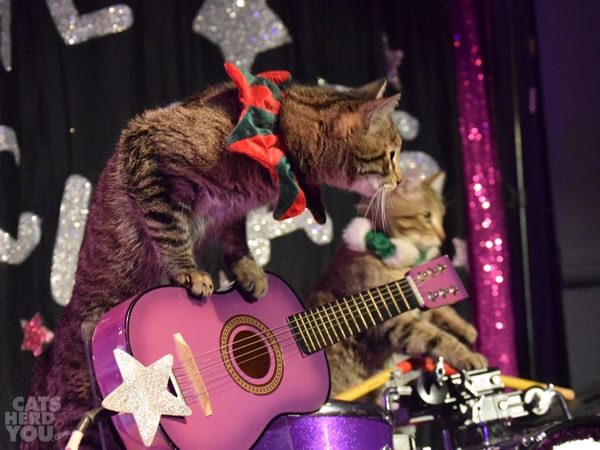 There were a lot of percussion instruments in the Rock Cats band. 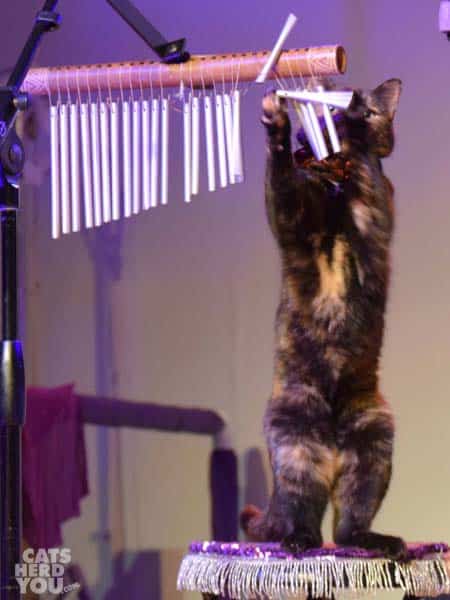 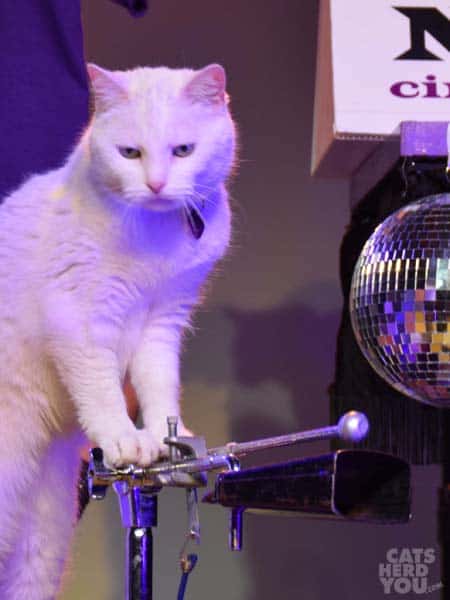 Not everyone in the Acro-Cats show was a cat. In addition Samantha and her two human helpers, there was also a groundhog. 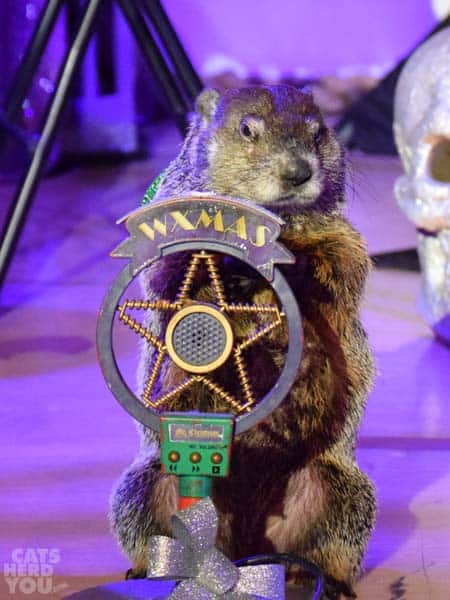 There was also a chicken who could bowl. (Don’t tell Ashton.) 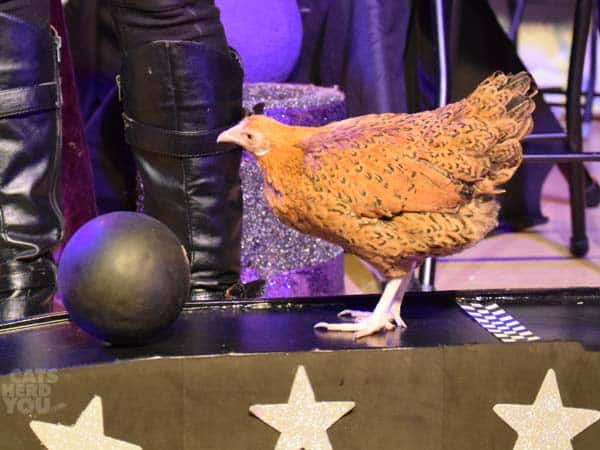 All of the cats performing in the Acro-Cats are rescues, and the traveling troupe picks up abandoned kittens needing fosters, raises them, trains them, and eventually adopts them out to forever homes. They currently have a bottle baby traveling with them who joined the group at their previous stop in New Orleans. 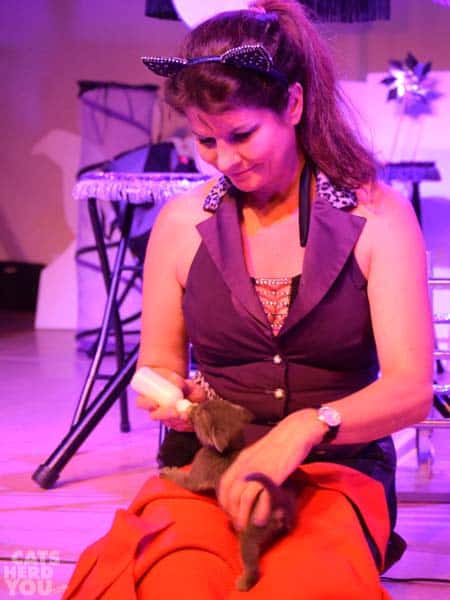 The Acro-cats really bring the message of adopting rescued animals to a whole new level. You can see if they’re scheduled to visit a town near you at The Amazing Acro-Cats web site.