You are here: Home / Archives for Smoking

Our grandpeep was a lifelong smoker. The last year of her life, while she was in treatment for smoking-related cancer, she and her two cats (including Cousin Earl) moved in with Aunt O. It was months of their living in a smoke-free home before anyone could snuggle one of those cats and not have them smell like an ashtray. 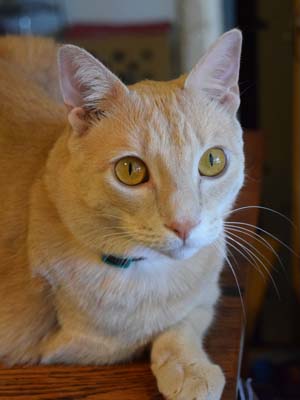 That odor on a smoker’s cat’s fur is just like what you smell when a smoker shares an elevator ride with you on their way back from a smoke break. It’s something that American Journal of Pediatrics was the first to call third-hand smoke, residual tobacco smoke contamination that remains after the cigarette is extinguished. This residue can be on clothing, hair, furniture, carpeting, or even  in your cat’s fur.  A cat living with a smoker has 14-15 cigarette’s worth of toxins in his fur, and of course, the cat never smoked a cigarette himself. It’s all third hand smoke.

Have you ever gotten home from a party and smelled cigarette smoke on yourself? You probably tossed your clothing in the laundry and washed your hair. Cats don’t have the luxury of doing that. Their fur is their clothing, so they clean themselves the way they always do, grooming with their tongue. This exposes the delicate skin of their mouth and tongue to all of the toxins they are trying to clean off, and of course they ingest it, too. This on top of the secondhand smoke they breathed while the cigarette was burning.

How can you Keep your Cat Safe from Toxins in Cigarette Smoke? 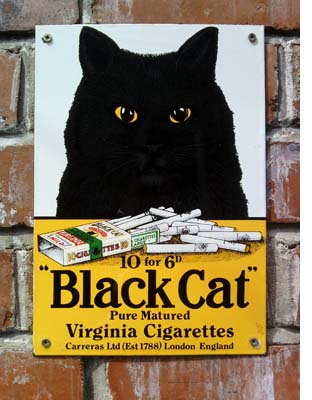 The most obvious way to prevent this health impact to your cat is to quit smoking. It’s healthier for you and your cat. If you don’t think you can quit without help, many employers now offer free smoking cessation programs because it’s better for their insurance bottom line, so take advantage of them if you need them.

Not everyone is ready to quit. If you can’t, the ASPCA recommends that you “take it outside” to smoke so that a large share of the smoke particles remain outside and don’t impact your indoor cat.

Wash your hands after you smoke and before you touch your cat. If you only smoke once or twice a day, consider changing your clothes to prevent transferring toxic residue from your clothing to your cat when you snuggle.

Be mindful that your choices don’t just impact your own health, but your cat’s health, too, and both of you can have longer, happier lives together!