The Orlando Cat Cafe held their groundbreaking and fundraising kickoff event last week. The cat cafe is located in Clermont, FL, closer to Walt Disney World than it is Orlando, but the larger neighboring city is loaning the place its name. 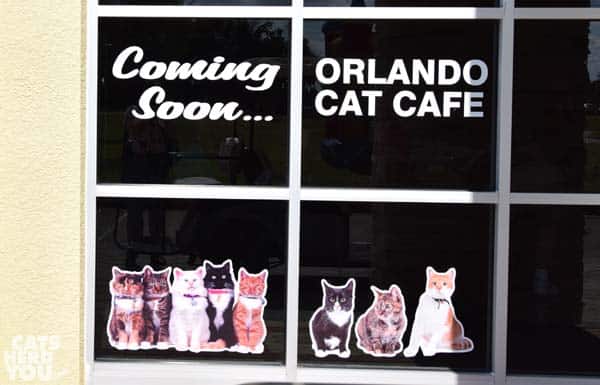 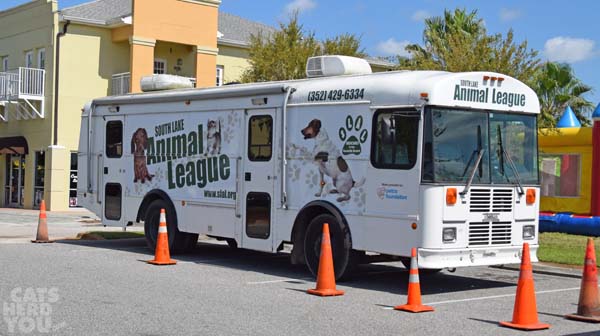 And a hand-sketched version of the cat cafe’s logo was featured on an open house sign by the door. 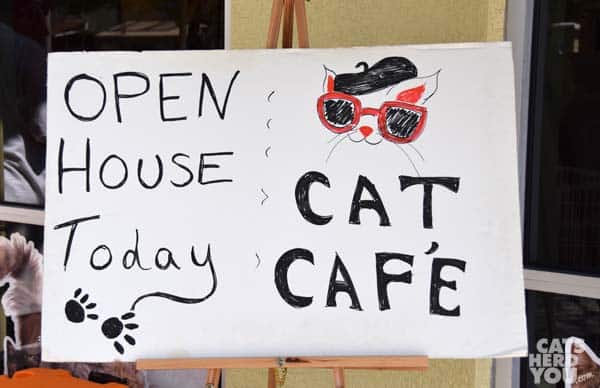 The cafe itself is planned to be a 750 square foot space, taking a total of three storefronts, which are currently empty. The kitchen/dining areas will be separate from the area where you will visit the cats. 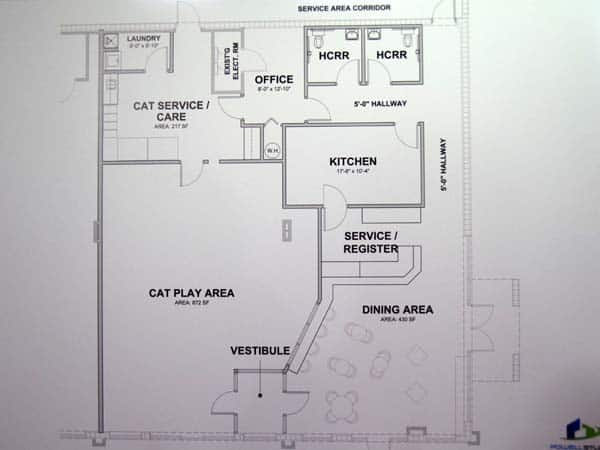 The estimated cost to build out the space is $75,000, and the event was a kickoff for the attempt to crowdfund $50,000 of that total. The Orlando Cat Cafe is expected to open in early 2016, and with it just around the corner from Disney, it’s going to be a must-see location for cat lovers who come to town to visit The Mouse. 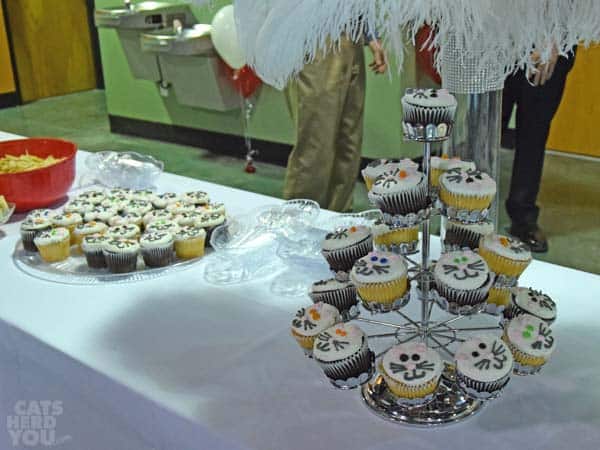 And of course, there were adoptable cats on hand. This adorable family of a a white cat and her two kittens were getting a lot of attention until the two kittens curled up to nap under their mother’s watchful eye. 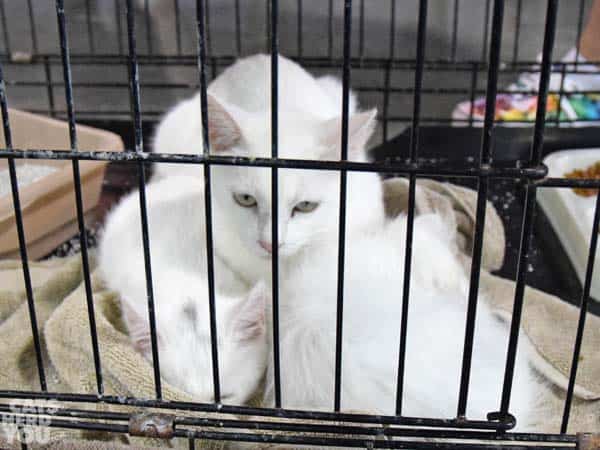 This pair of adoptable kittens were thoroughly unsure about the number of people walking around and pointing at them. The event was crowded, and the sound level got the better of these two after a while. 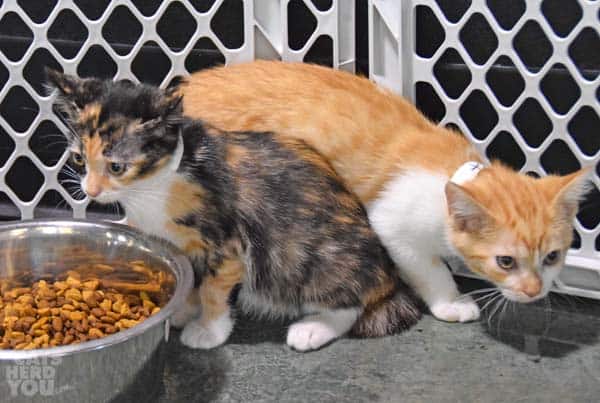 One Siamese-mix kitten made a break for it when he thought the other kittens had distracted the onlookers. He didn’t get very far. 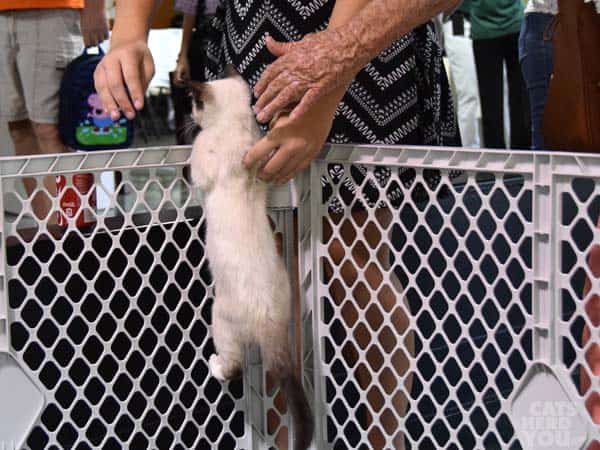 This slightly older cat was in a cage, not getting much attention with adorable kittens nearby. He may have had his eye on those cupcakes on a nearby table. 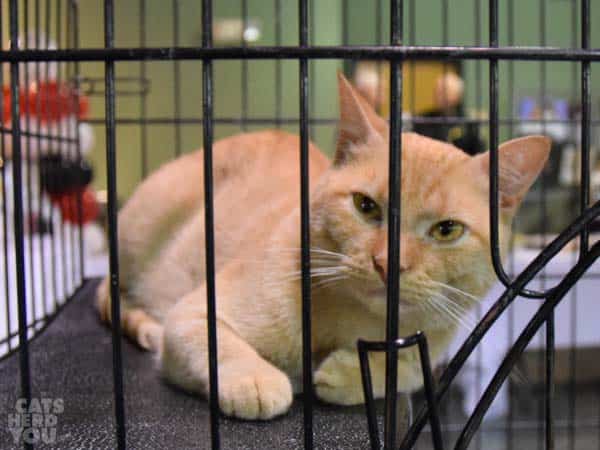 The flame point kitten in this photo was probably adopted by the end of the event. Not only was he absolutely gorgeous, but he was friendly and full of personality. 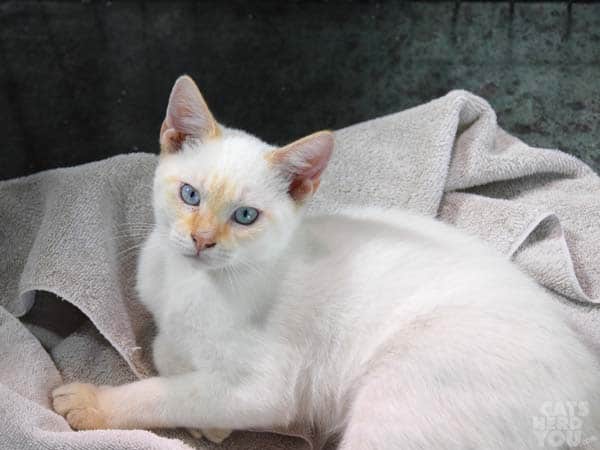 The cat lovers and tourists of Orlando are looking forward to the opening of the Orlando Cat Cafe, but it was great to get a glimpse of the cafe that we’ll be able to visit very soon.