You are here: Home / Life With Cats / Newton the Brave

Newton was a kitten when he came to live with us. So we are sure that he has lived in an all-cat household since he was about eight weeks old. 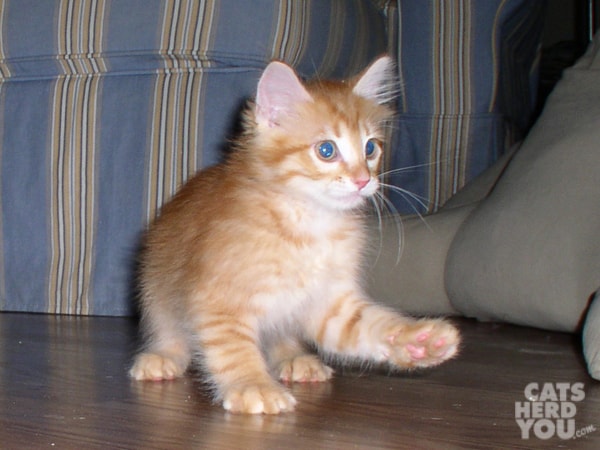 Outside of the veterinarian’s waiting room, he was never nose to nose with a dog until our neighbor Bella came to say hello at the screen door.

These photos were taken on a phone, but we wanted you to see how brave Newton was. He didn’t exactly give Bella his “I’m excited to see you” tail, but he wasn’t all fluffed up, either. 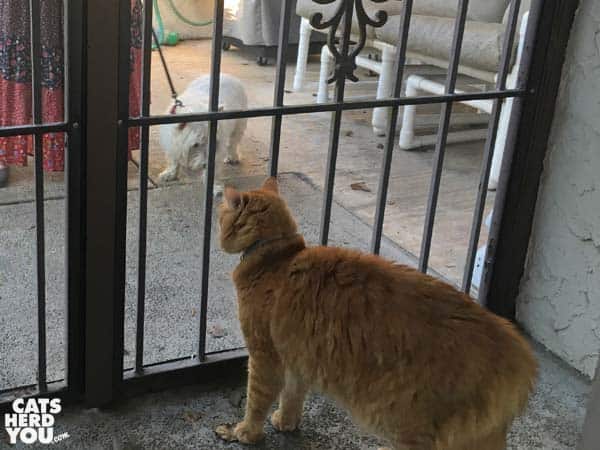 Bella grew up with cats, so she was very well-behaved. She didn’t bark or act threatening, and Newton didn’t seem sure what to think of her. 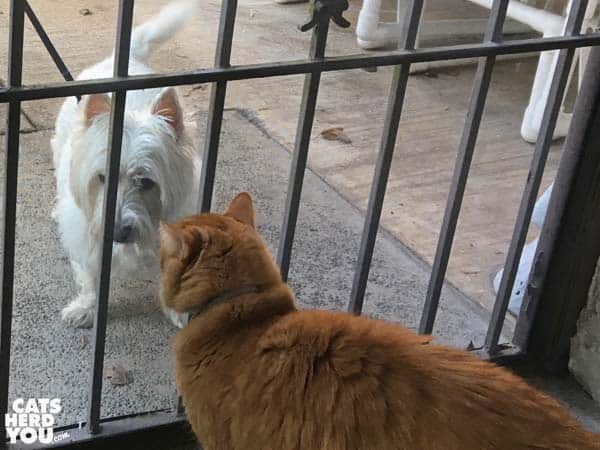 Newton: You don’t smell like any cat I’ve ever seen. 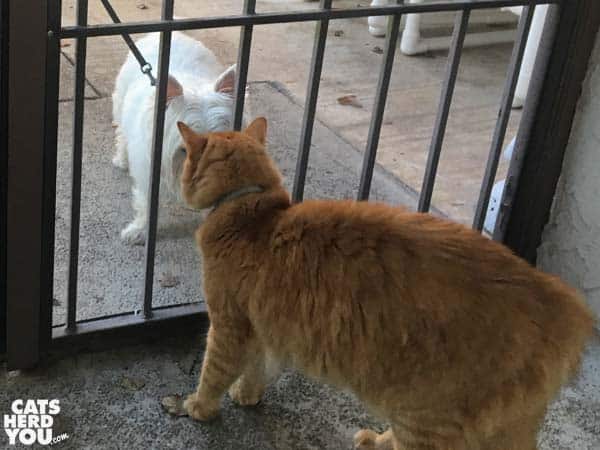 Newton didn’t even use his airplane ears when having his little nose-to-nose visit. Talk about brave! 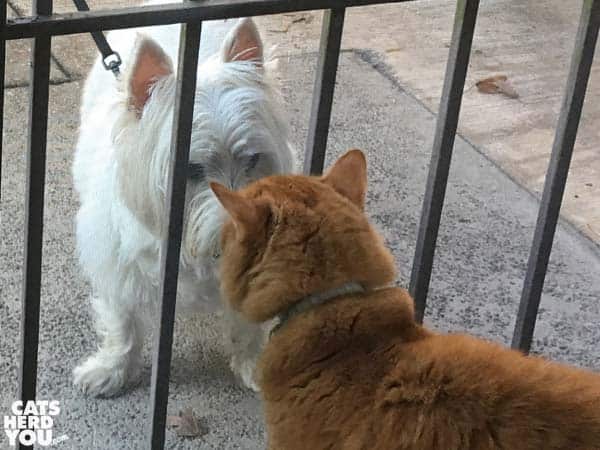 Newton and Bella did really well saying hello, but be careful not to introduce strange dogs and cats in an uncontrolled environment. We don’t want anyone to get hurt!