When Miss Jeanne brought Cupcake to live with us, one of the things she brought to accompany her on the trip was a stuffed monkey. Monkey has been her companion ever since. 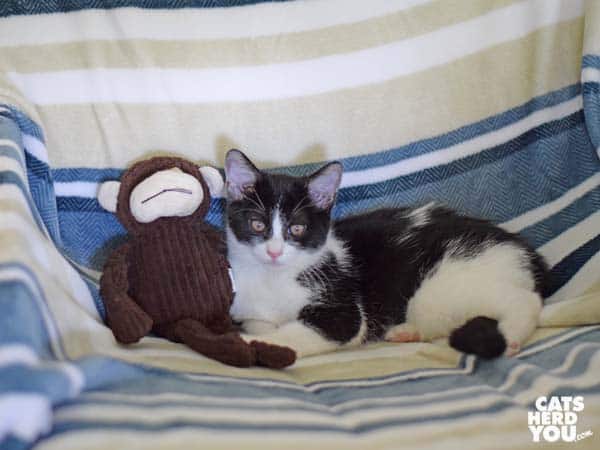 In the past month, Cupcake’s relationship with Monkey has gotten more complicated. Instead of happily wrestling with Monkey on the chair, she takes Monkey various places around the house.

Monkey has ended up in random cardboard boxes, and he even made an appearance in the laundry basket with the dirty clothes.

Over the weekend, Monkey’s travels took another turn. Cupcake carried her friend to the water bowl and tried to drown him. 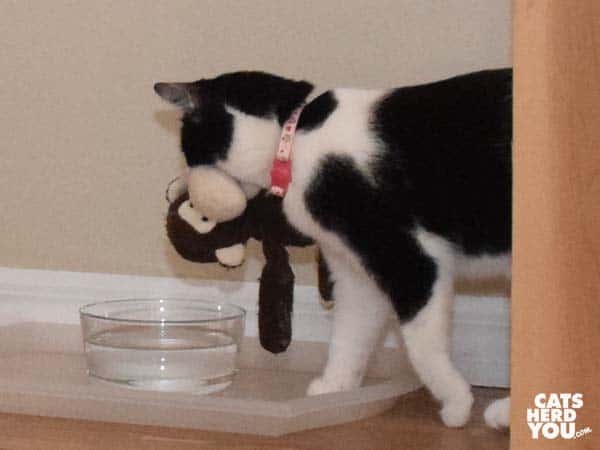 When I took Monkey away and dried him off, I discovered he had a squeaker inside. He has been here since June, and I never knew that! He’s looking a bit worse for wear these days, especially after his swim. 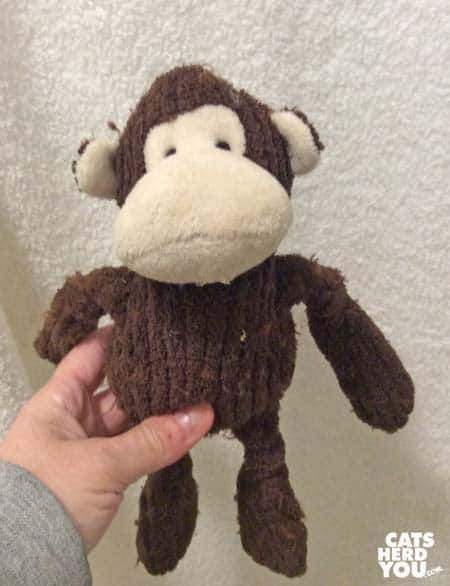 I gave Monkey back, and she took him right back to the water bowl in the living room. 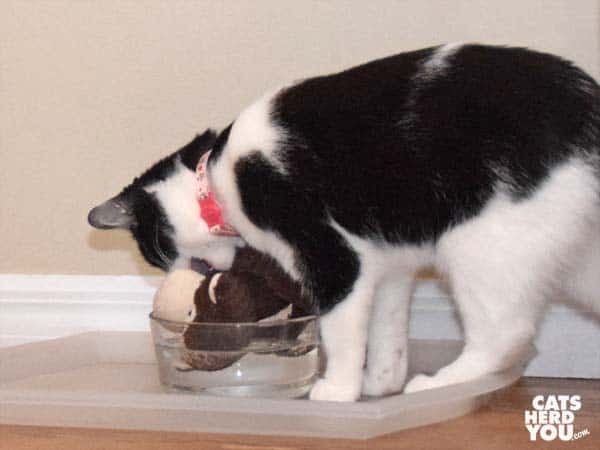 Once he was dried off again, she carried him into the water bowl in the bedroom and dunked him again. Then, in the ultimate act of teenage cat rebellion, she grabbed soaked Monkey and jumped up onto the bed with him.