We have outtakes from our recent visit with Santa! He sat right down on the floor to be at our level like a smart cat elf.

But when Santa tried to pick Newton up, Newt  ducked under his arm. 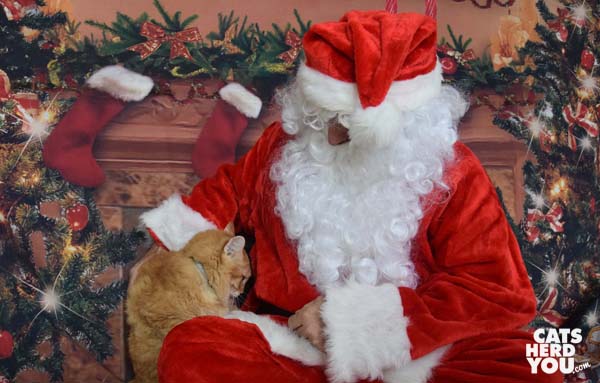 Santa tried the same thing with Cupcake. Cupcake had other ideas. 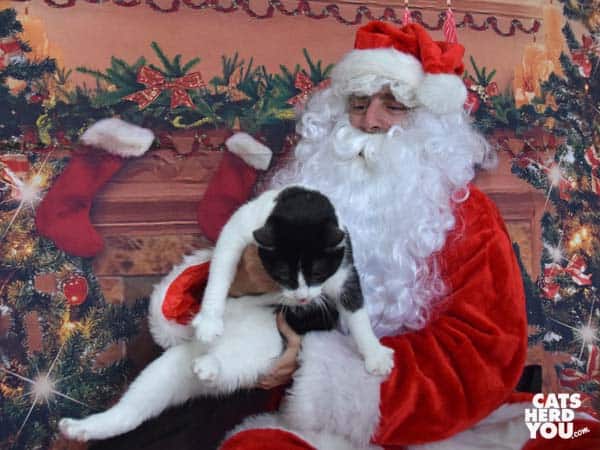 But Santa held on, even though Cupcake thought she had other places to be. 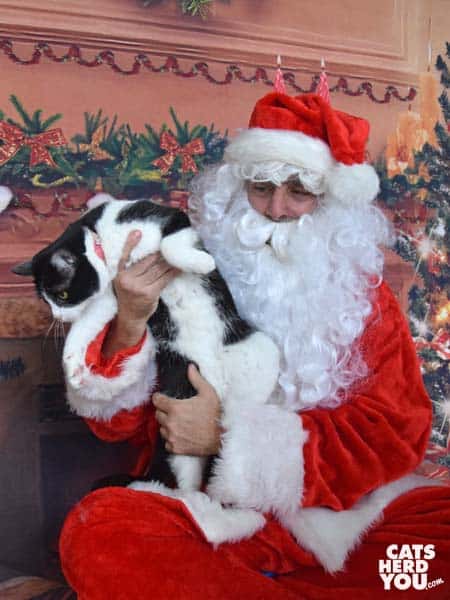 Finally, Newton tried to use his glorious tail to hide Cupcake’s embarrassment. 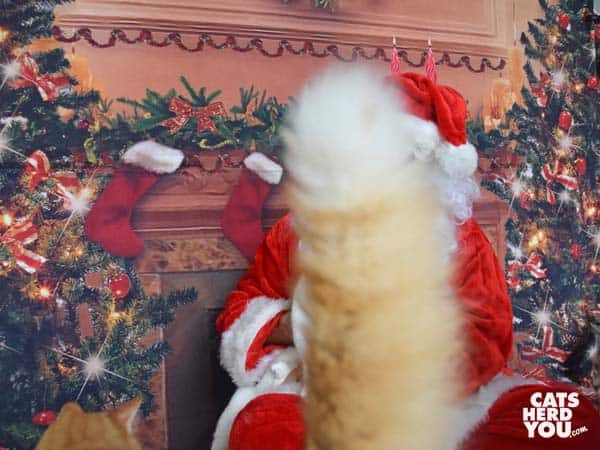 Let’s just say we’re glad this guy isn’t coming around again for at least a year!

This is part of the Pet Photo Fails blog hop today. 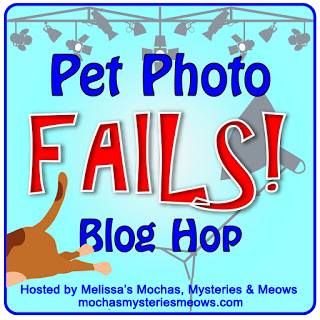