You are here: Home / Cats / Hanging Out With the Cousins

Our grandpeep was released from hospital recently, so the head peep has been hanging out with cousins Earl and Shep a lot.

She discovered that cousin Earl’s favorite napping place is a ghostly head.

Cousin Earl: Why do humans get wierded about about this? I love my bed! 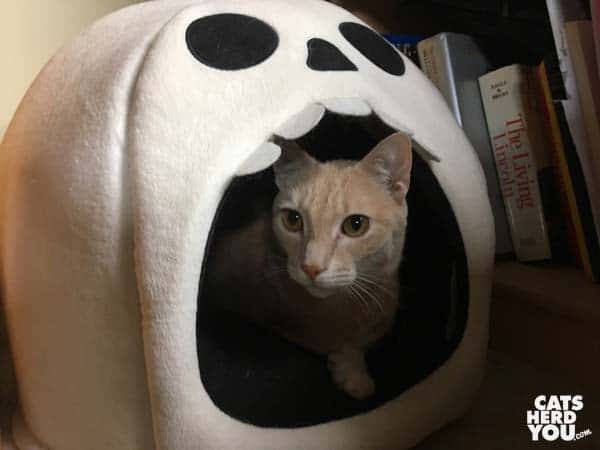 While cousin Shep prefers his open-topped bed perched high on top of the cat tree. 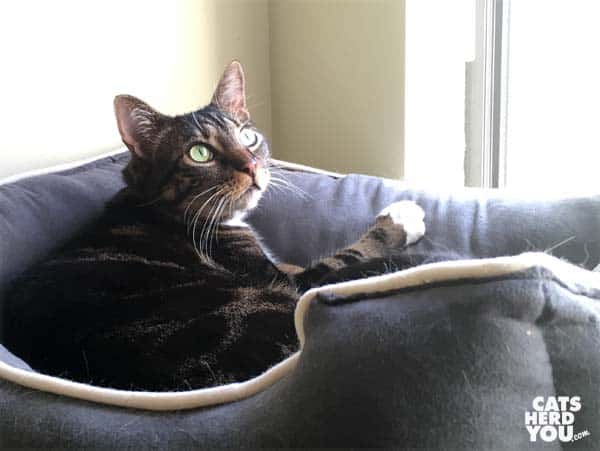 The kitchen window is Cousin Earl’s favorite place to watch keep an eye out for lizards.

Cousin Earl: That lizard thinks he’s sneaky hiding behind the blinds, but I see him!

He also watches for his girlfriend, the next door neighbor’s cat. She invades his garden and sends his lizards scattering.

Cousin Shep: Is she out there again? Leave our lizards alone!

Cousin Shep hunts lizards in every window of the house, and he will enthusiastically knock down anything nearby if it is in the way of lizard-chasing. 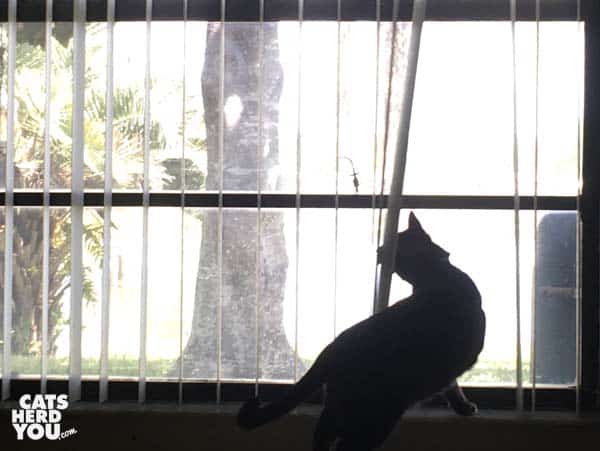 Cousin Shep: You shouldn’t have left your drink there. It’s not my fault. 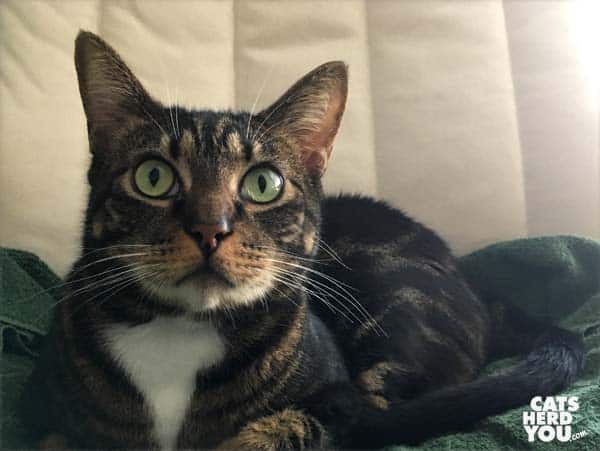 Our cousins are fun characters to hang around with!