You are here: Home / Cats / Checking in with Cousin Earl and Cousin Shep

I cat sat last week for Cousin Earl and Cousin Shep, which is usually a great time to catch up with them. 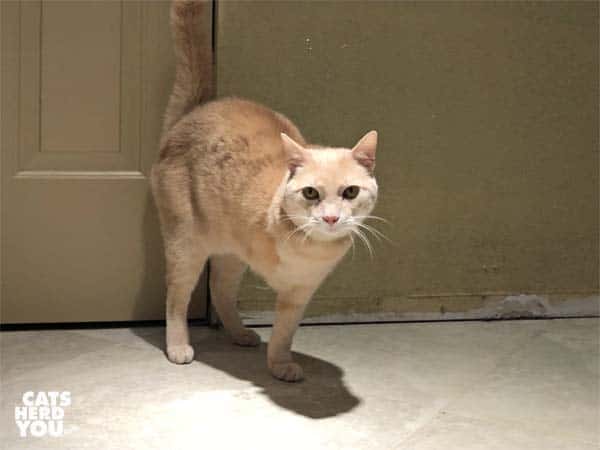 Cousin Earl is a senior now, but he still gets around on three legs like it’s no big deal at all. 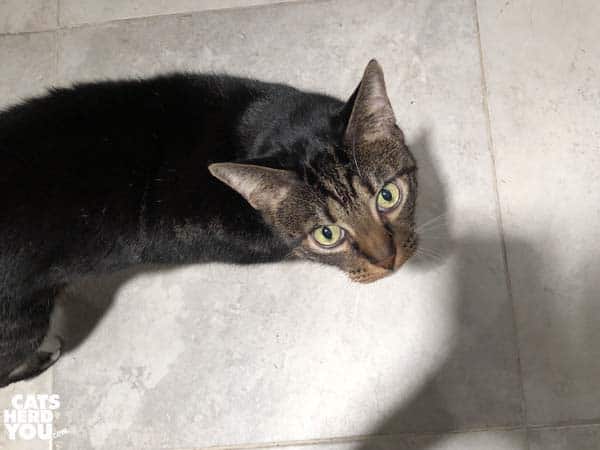 Cousin Shep would like me to put down the camera and feed him, please.

Once they are done eating, both of them take off for the bedroom and I’m lucky to see them again before I go. That makes it hard to spend some quality time with them! 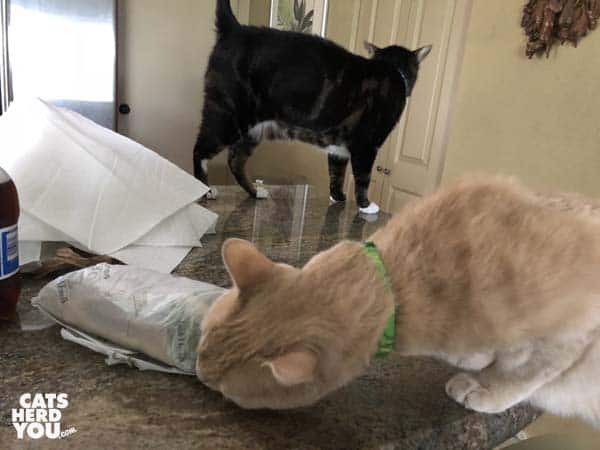 I got the idea of bringing my dinner over one evening so maybe they would be more social with me. Cousin Earl was really into this idea. Mostly, he was really into my sandwich. 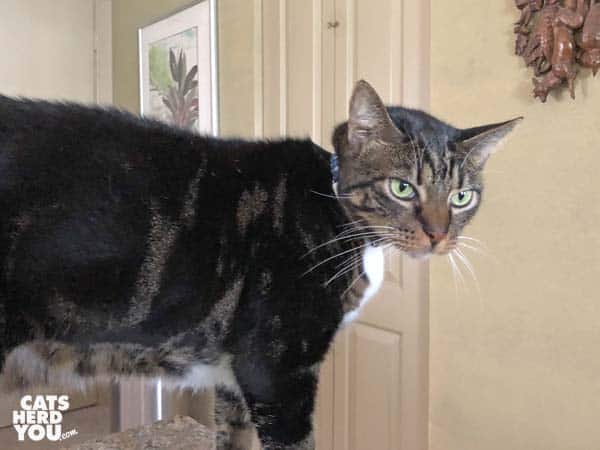 Cousin Shep would like me to put that sandwich away and feed him. This is his no-nonsense face.

s soon as I was done feeding them, they both headed back for the bedroom again. It’s pretty clear they only think I’m good for one thing. At least they think I’m good at that and will give me a good report when Aunt O returns.