You are here: Home / Rescue / Changing Attitudes about Black Cats

Black cats sometimes seem like the misunderstood ones of the cat world.

They were blamed in Pope Gregory XI’s 1233 Vox in Rama document in for being the incarnation of Satan. They were then labeled the familiars of witches and burned alongside their owners during witch hunts. Even now, shelter workers and rescue volunteers insist that black cats take the longest to adopt, even though studies looking at the actual numbers of cat adoptions show that this isn’t actually the case.  Black cats are even persistently thought of as bringing bad luck and blamed for being hard to photograph in modern selfies.

But there may be good news for black cats at last with attitudes changing. This infographic has more information. 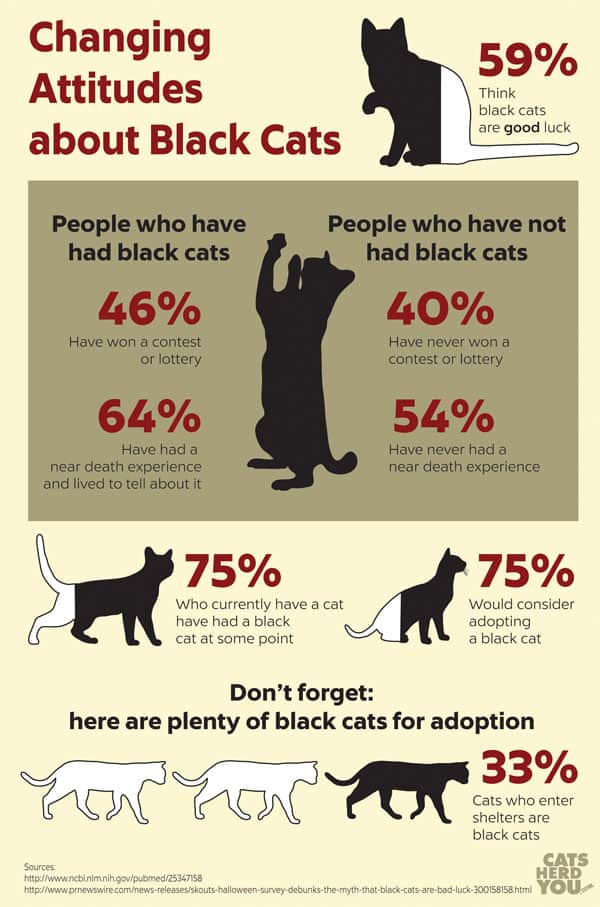