Recently, we have said a lot about the benefits of feeding raw, but the truth is that we know feeding raw isn’t for everyone. It’s not even for all of the cats in our house! So I was pretty excited to find out that Bravo Pet Foods, one of the original names to make raw pet food available, was making a new Feline Cafe line of canned food for cats. 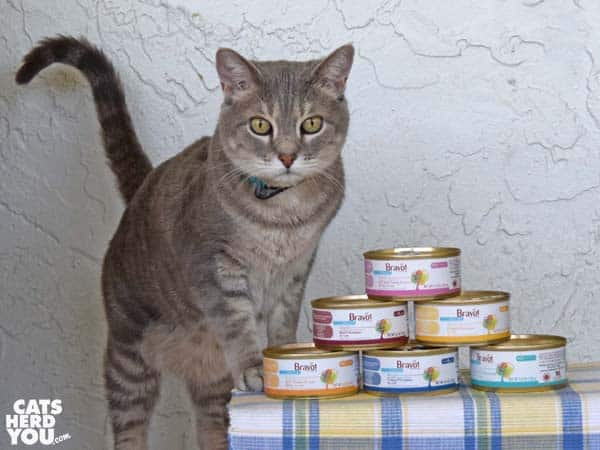 You’ve got to feed what’s right for you and your cat. For Pierre, that’s canned food. At 11 years old, Pierre is set in his ways and never met a raw food he would touch. But as a senior cat, he needs plenty of protein from species-appropriate sources.

What Pierre doesn’t need are all the crazy ingredients in some other cat foods. He eats around visible vegetable chunks in his food, and when vegetables were puréed into pate food, the food came back up no matter how good it tasted going down. Veggies weren’t going to be on the menu for him. Pierre needed what is sometimes referred to a limited ingredient diet.

Bravo Feline Cafe canned food is exactly what Pierre was looking for!  It is made with the same quality muscle meats and poultry that is in Bravo’s raw foods. That means the food is full of the good stuff a cat’s body needs. What is missing from the ingredient panel are fillers, preservatives, artificial flavors, grains, and meals that Pierre’s system was never made to digest. Perfect for a cat’s fussy palate… and in Pierre’s case, his fussy stomach, too. It goes down and stays down. 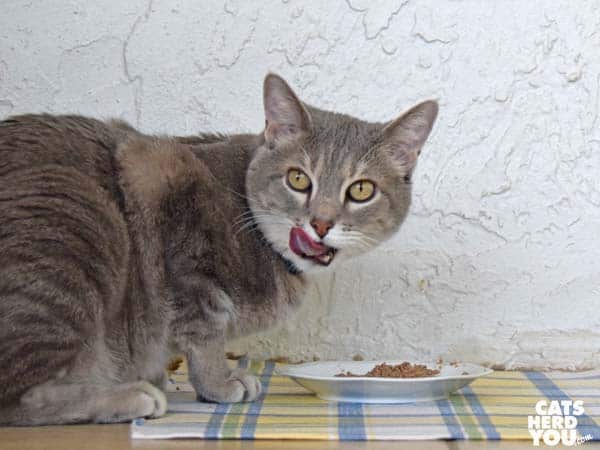 We also love that Bravo is straightforward about where their ingredients come from. You can get a full list of the source of every ingredient in the food right on the Bravo web site. Most of it is from the US, but if it isn’t, they give you a full list of where each ingredient comes from. After some of the unhealthy ingredients from China that have ended up in pet food,  the transparency of being able to look up exactly what is in Pierre’s diet and where it came from is really important.

Pierre: Check it out! This food has folic acid that’s from France, just like me. Oui! Oui!

Newton: You aren’t from France, Pierre. You’re from Florida. You don’t even have an accent. 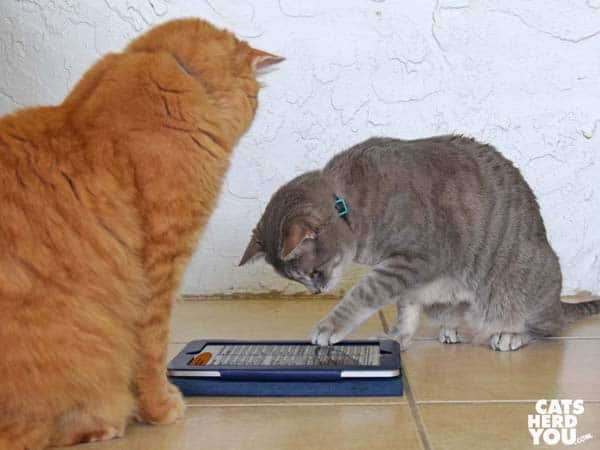 It can be hard to find GMO free food for humans, much less for animals, but Bravo delivers GMO-free nutrition made of meats with no added antibiotics. No funny stuff, just the good nutrition your cat needs.

Did we mention that Bravo Pet Food is also making Canine Cafe? Yes, the same goodness, only in a recipe made specially for dogs. Our buddy Oz the Terrier is telling everyone about the recipe for dogs today.

Join in the fun #BravoPetFoods Twitter party April 21 at 8 – 9 pm to lean more about Bravo’s new Feline Cafe and Canine Cafe canned foods as well as their frozen and freeze-dried raw diets. Representatives from @BravoPetFoods will be chatting with us, and you will have chance to win Bravo food and treats for your cat or dog. Be sure to follow us,  @catsherdyou, as well as our co-hosts, @Oz_theTerrier and @SugarTheGoldenR, as well as @BravoPetFoods so you don’t miss any of the fun!

Want to Try Bravo Feline Cafe or Canine Cafe at Your House?

Pierre loved trying Bravo’s new canned food so much, he wanted you to be able to try it, too. We’re co-hosting a giveaway with our friend, Oz the Terrier.

The giveaway is open through April 19th, and you can win a variety of Bravo Feline Cafe or Feline Canine Cafe dinners to try at your house! There will be one winner of Feline Cafe and another winner of Canine Cafe, so you aren’t in competition against your dog friends. Winners must be 18 years old and ship to a US address.  Enter through the rafflecopter widget below:

Disclaimer: We were compensated for this review, but this didn’t influence what we said. All opinions in this review are our own and not influenced by any outsider. We receive no additional benefits for talking about the product or company.