Newton: What’s in the package? We heard that there were some Natural Balance Platefulls on the way from Chewy.com for us to sample. Is this it? 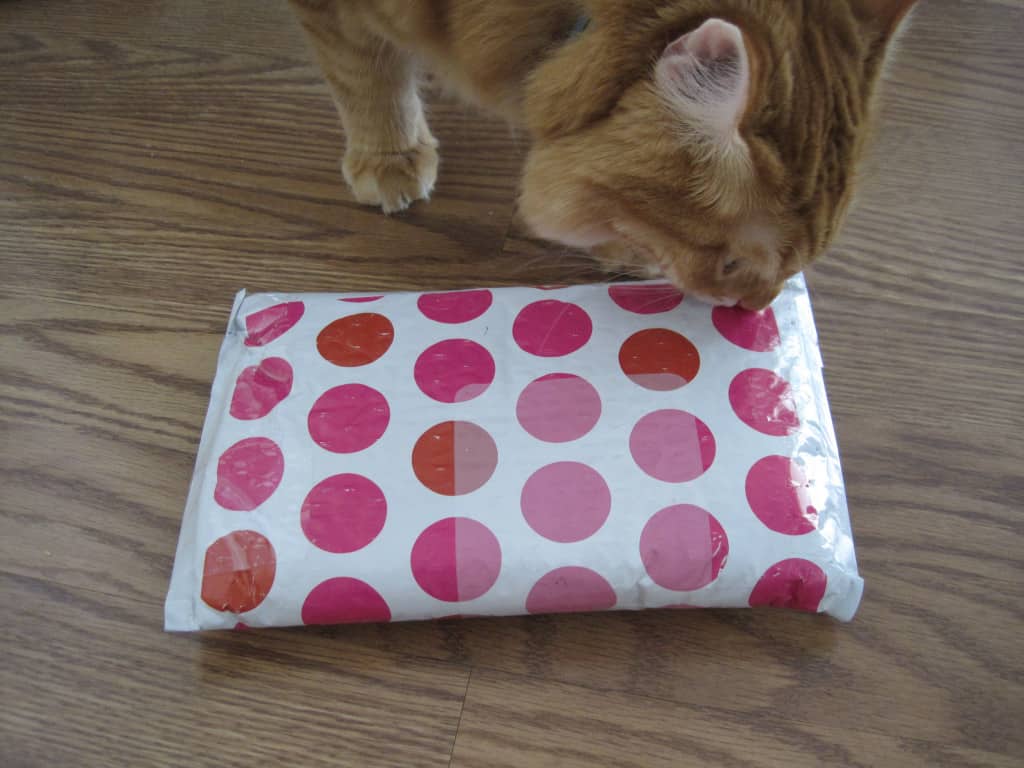 Hurry, hurry, before Pierre or Ashton wakes up. I don’t want to have to share with them! 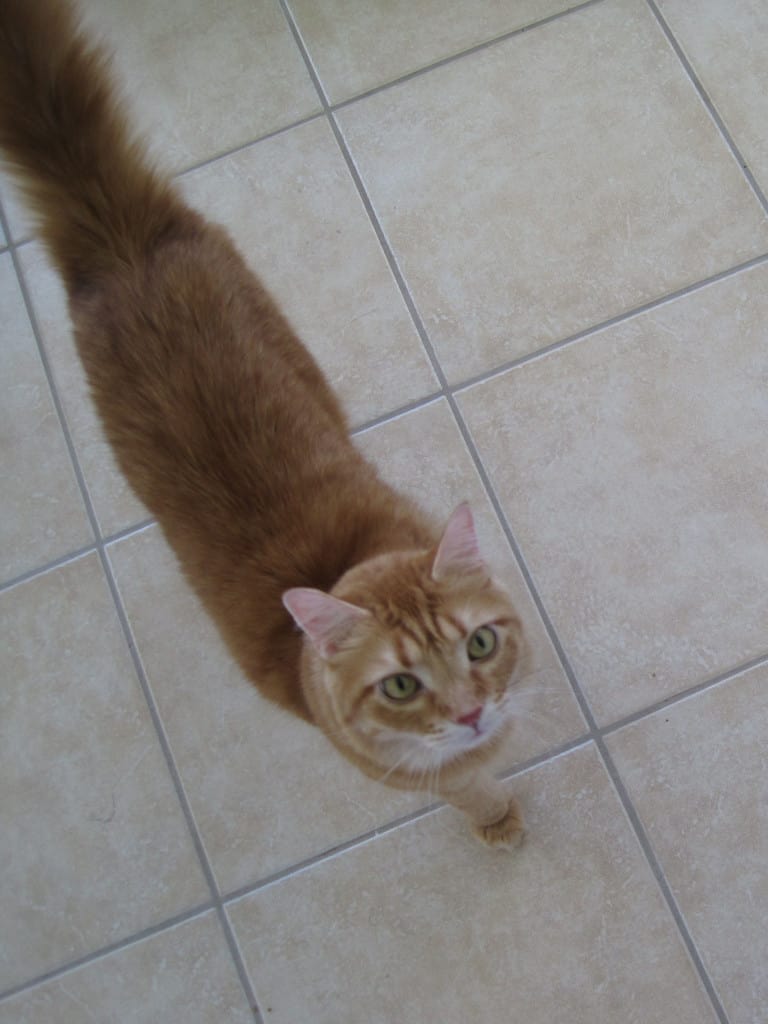 Do I have to pick just one? They all look so good! 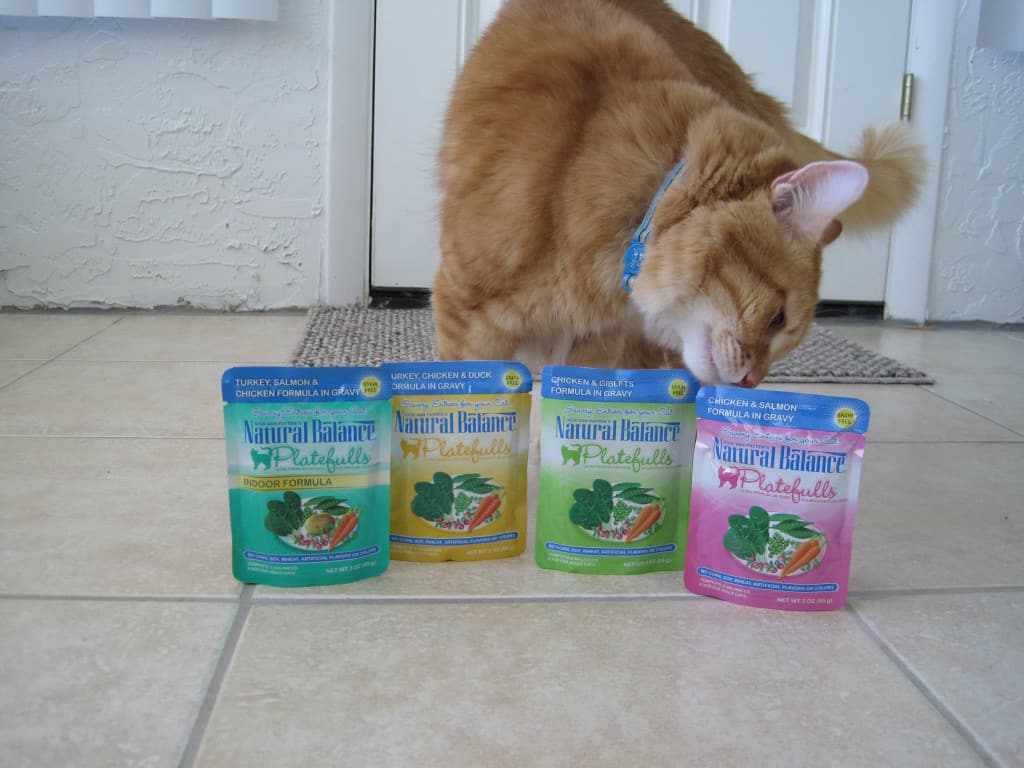 Umm… oops. Okay, how about the Turkey, Chicken and Duck flavor? 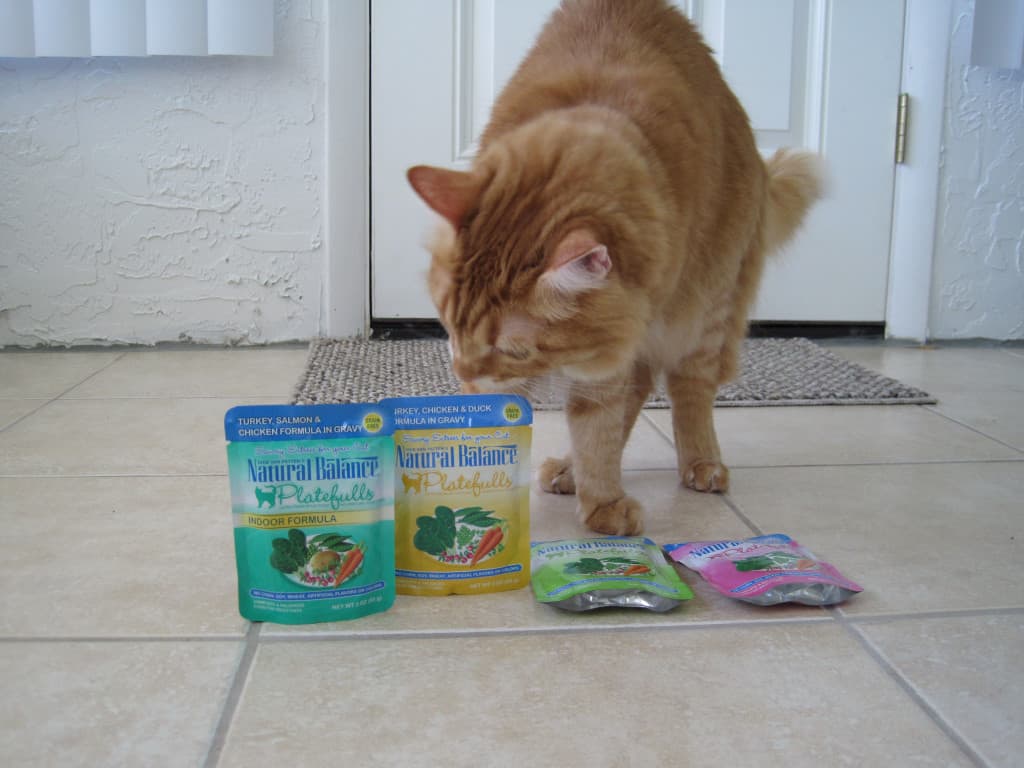 The first ingredients on the label for this food are turkey broth, turkey, chicken liver, duck, and chicken. No mystery meat. They also contain no corn, soy, or wheat. Also, no carrageenan, which is hard to find. 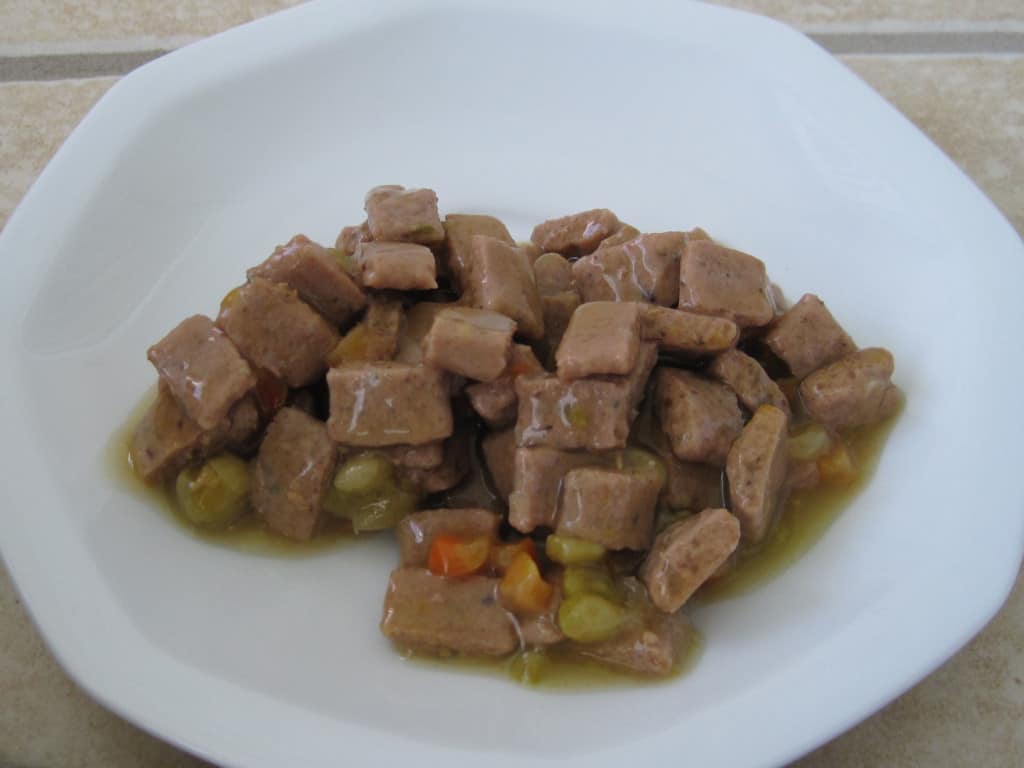 Newton: Hey, who invited you, Pierre? Get your own plate! 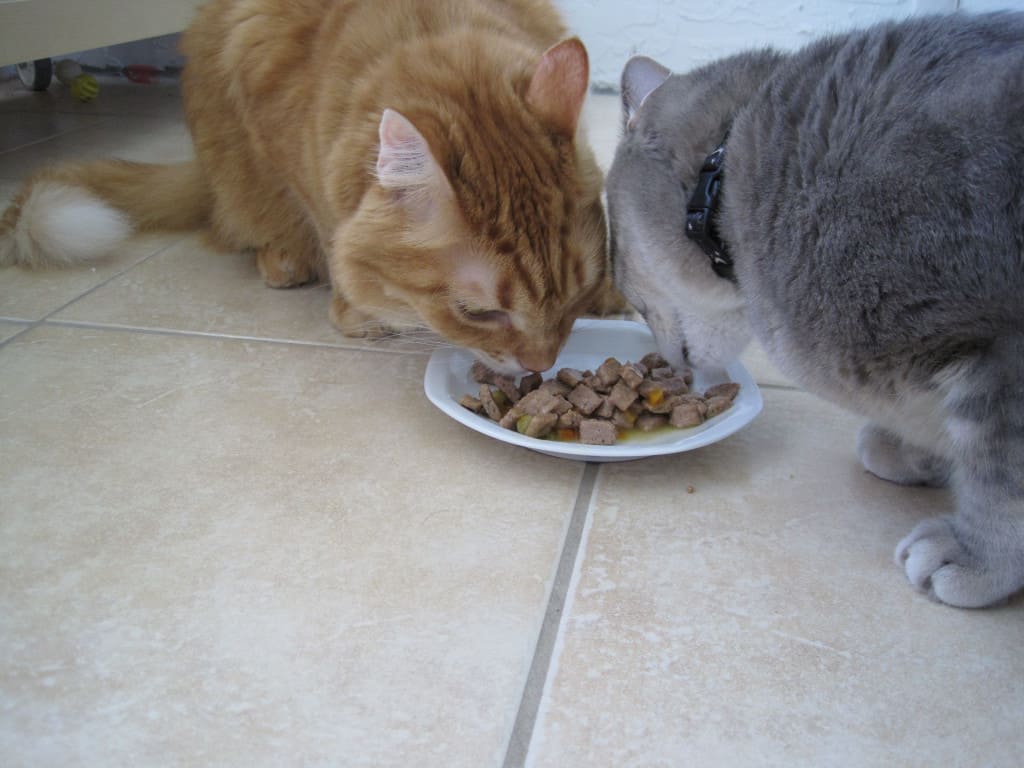 Ashton: Too bad this isn’t smell-o-vision. This Chicken and Salmon Forumula in Gravy is amazing. 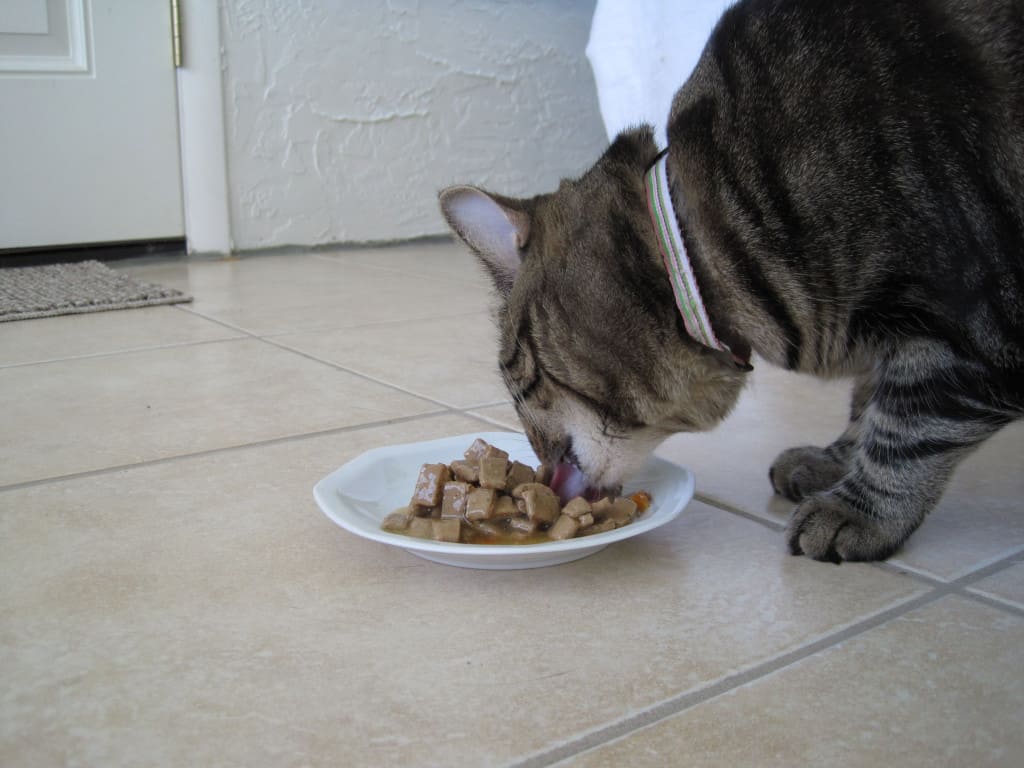 At Newton’s request, Pierre got his own plate of Chicken and Giblets Formula in Gravy, and soon, there was nothing but the steady slurping sound of happy cats eating.

Newton won a special award as messiest eater. This illustrates why he usually eats from a much deeper bowl. 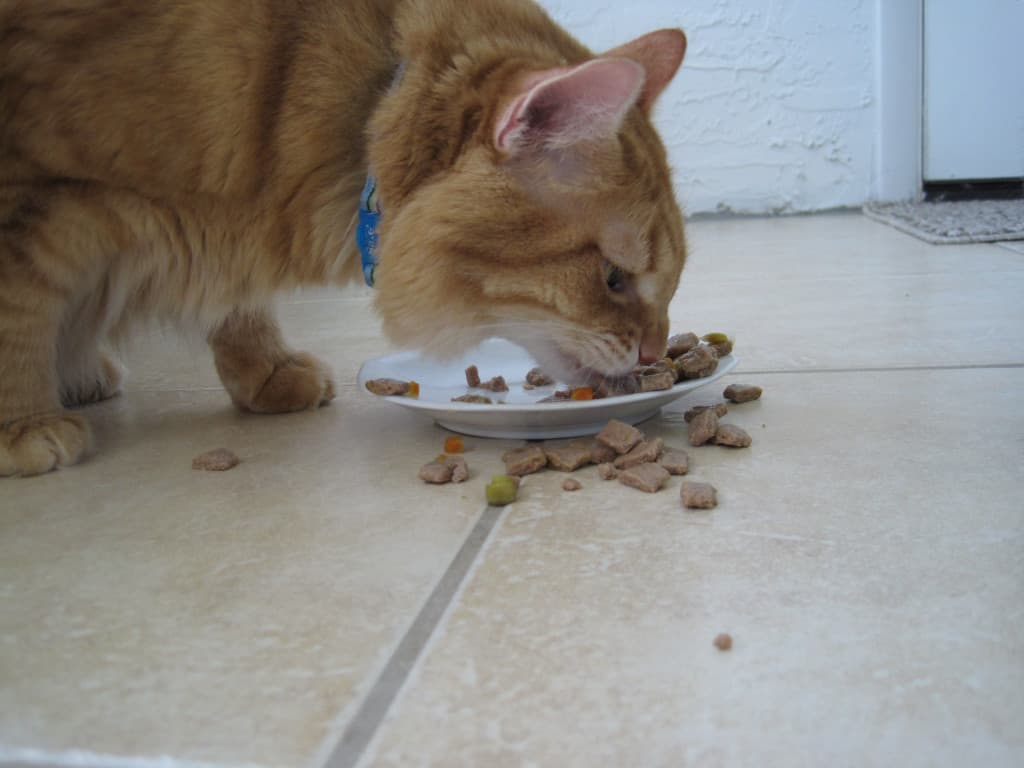 Pierre: Are you going to finish that? 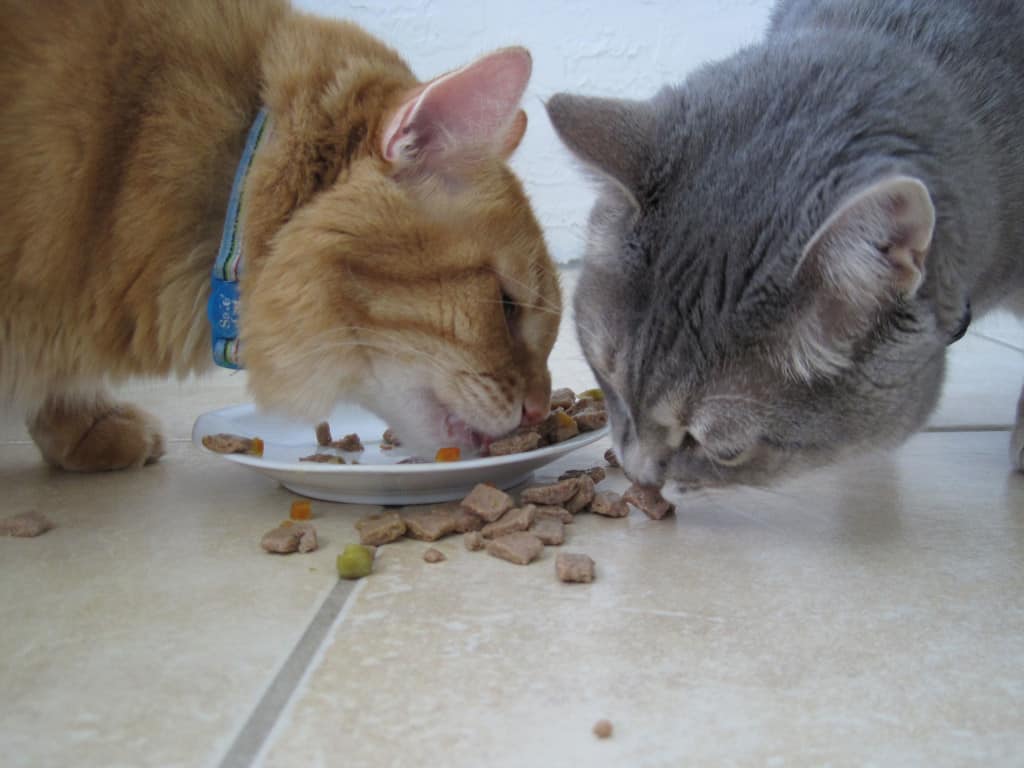 Everyone: I want to taste yours. Switch bowls! 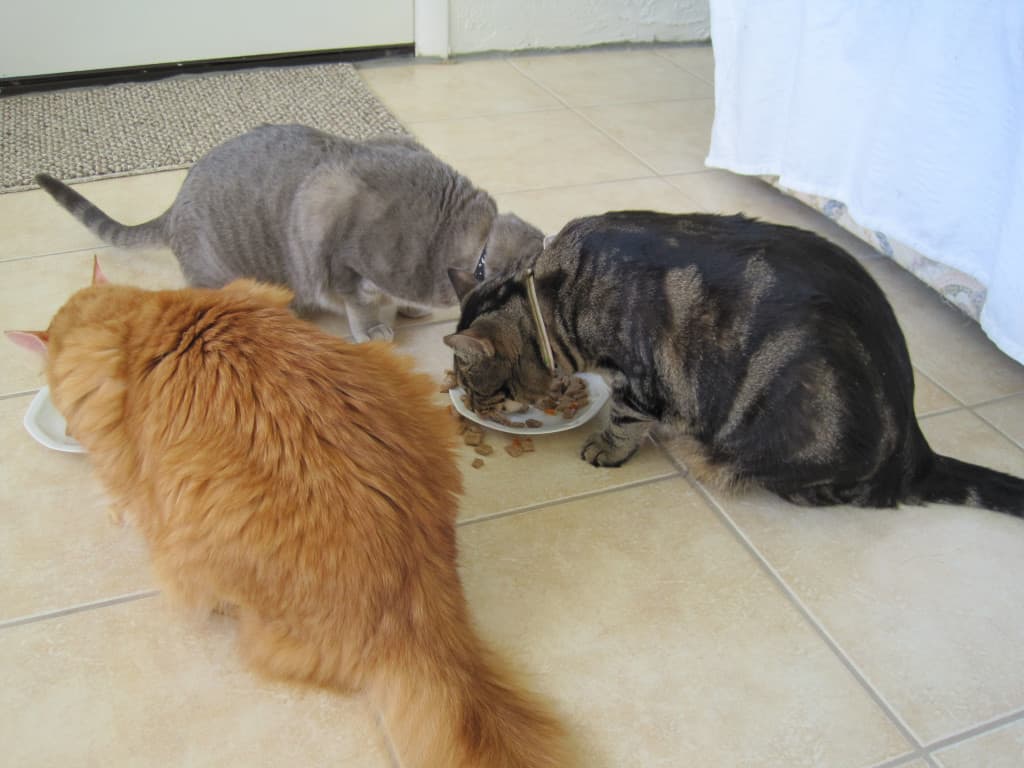 The Natural Balance Platefulls were a hit. We’re still in the process of transitioning from a dry food diet to a soft food diet, and this is a lot more than we usually eat at a sitting. We ate most of the three packets we had during the taste test, and we liked them so much, we will have to paw wrestle to see who gets the fourth one for breakfast tomorrow. 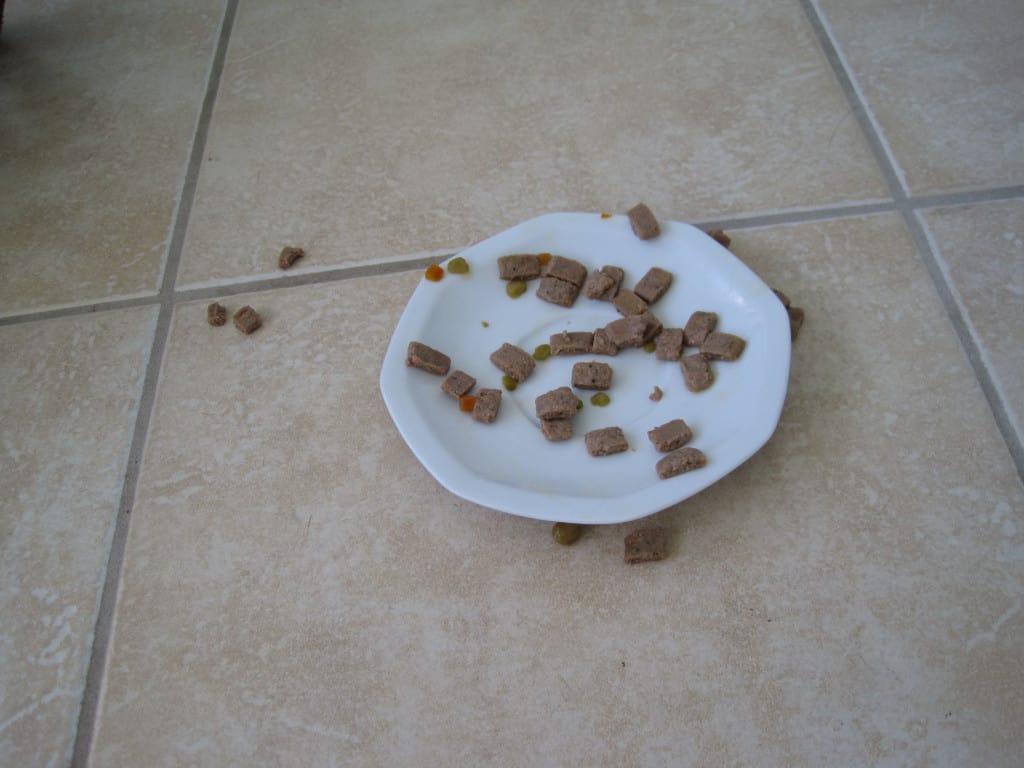 Overall, we give the Natural Balance Platefulls six paws up! Thanks for introducing us to these, Chewy.com!

Disclaimer: This food was provided to us free of charge for review purposes, but the opinions are our own.