You are here: Home / Archives for Cupcake

Have you ever met someone you just couldn’t put out our mind afterward? What did you do about it?

For me, that someone was a kitten.

When I attended the BlogPaws pet social media conference in May, I was fortunate to room with not just my friend Jeanne, who writes Random Felines. That meant I also roomed with three adorable foster kittens she was fostering for the Colony Cats rescue organization: Dior, Gucci, and Armani. 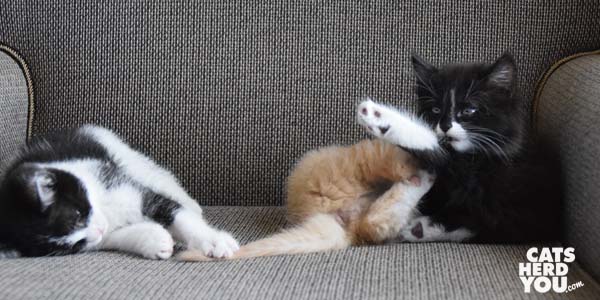 At first, the kittens thought I was a scary stranger. During the course of the stay, their opinion of me changed. This probably had something to do with the fact I brought them a cupcake and let them play the mouse chase game on my iPad.

It was like being a cool aunt, letting them do things like chase my feet under the covers even though I knew that would probably not be allowed in their future homes. 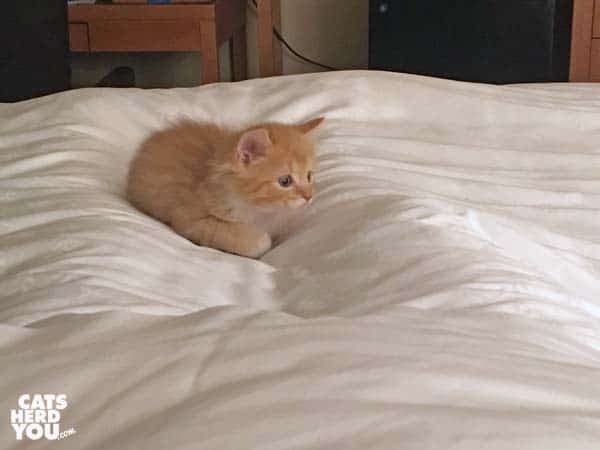 The next-to-last night of the trip, all three kittens chose to sleep in the bed with me instead of with their foster Mom. That was just adorable. I was sorry that they were awake before dawn, running through the room like hooligans before it was light enough to take any photos of them all cuddled up to me.

The final night of the trip, Armani and Gucci slept somewhere else, but little Dior slept right next to me the whole night. When I woke from a terrible nightmare at 4 am, Dior was there, meeping at me. How could anyone’s heart not melt when that happened? 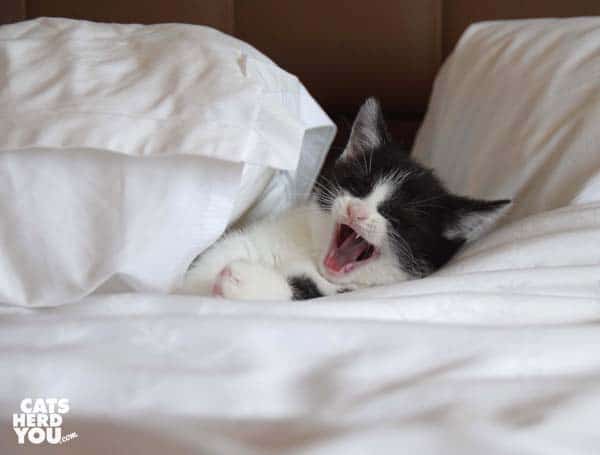 They aren’t yours, I reminded myself. You have three cats at home. There are adopters in Ohio who have waited all winter for kittens. Still, I tried not to embarrass myself by crying when I left them behind and drove home.

Kitten on my Mind

The thought wouldn’t leave my head. Dior picked me, and I should make this work out, somehow. I looked for photos of her on Random Felines blog and social media, noticing how the color of her eyes was changing like I was some kind of a kitten stalker. She was still in foster, but not for much longer. You can hold out, I told myself.

The it even seemed like the kitten herself was telling me to stop all the looking when I saw this photo. 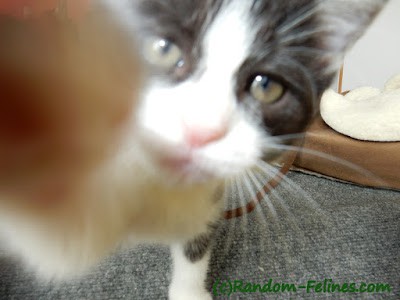 I checked airfare to Ohio, and then I reminded myself, There are lots of kittens in Florida.

Back and forth I went inside my head, knowing that my adoration of this particular kitten was impractical. I decided it was best to keep quiet until she was adopted. Then, if I heard her adoption didn’t work out for some reason, that would be my sign. I would speak up and say I wanted to adopt her then.

Then one evening, I was chatting online to my friend Connie from Tails from the Foster Kittens, and I admitted I had been thinking about Dior. 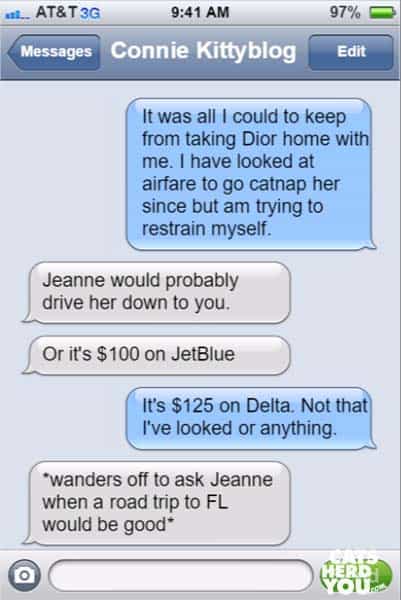 Before I could say “kitten enabler,” a message popped up on my screen from Jeanne: “I really want to drive to Florida.”

Holy cat, it looked like this could really happen!

Dior was old enough to be adopted, but she wasn’t spayed yet, so that had to be done by the rescue before she could travel and be adopted.

After her spay surgery, the veterinarian’s office notified the rescue that she needed additional surgery for a hernia. That surgery was scheduled for the day before she was scheduled to travel to Florida.

Each time she had surgery, I would wait to hear news, not wanting to be a pest, but hoping she was all right.

The day came at last. I drove to the airport and found Jeanne already waiting with a Sleepypod Air on the curb. The carrier was complaining loudly. I could hear little kitten meows on the short drive from the airport home.

Newton is the first cat to greet visitors, and he was interested in the contents of the cat carrier. 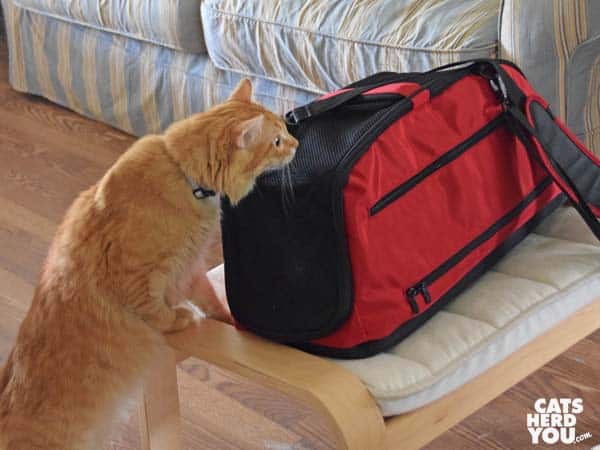 But he gave me some space to open it so I could finally see our new family member who had traveled a very long way to be reuinted with me.

As part of joining our family, she is also getting a new name. Everyone, meet Cupcake. 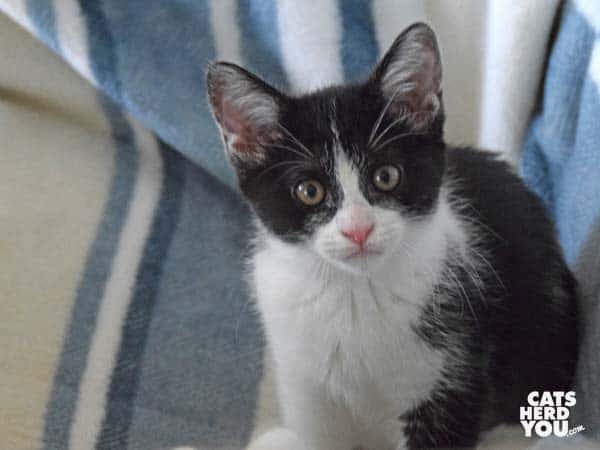 She has lots of adventures to share with you very soon!

Cupcake joining our family would have been possible without Colony Cats allowing an out-of-state adoption, and Jeanne from Random Felines went the extra mile — literally — to get Cupcake here. A big thank you from all of us!

Also, I never would have made the decision to say anything about wanting to adopt Cupcake if Connie wasn’t such an kitten enabler. So a big thanks to her, too.