Pierre: Tomorrow is Thanksgiving. That means it’s time to start thinking about what you’re thankful for so you’re ready to tell the humans tomorrow. 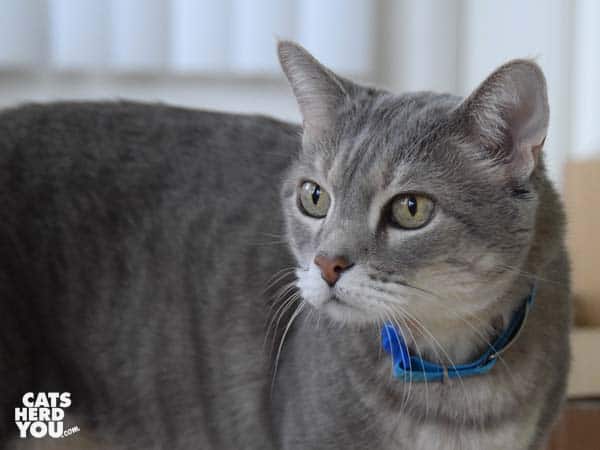 Cupcake: Is that the food holiday? I like that one.

Pierre: Yes, it’s the food holiday. Like you don’t treat dinnertime every night like a food holiday. What are you thankful for, Cup?

Cupcake: I’m thankful for being able to go out and make friends everywhere. Especially the baristas who give me whipped cream. 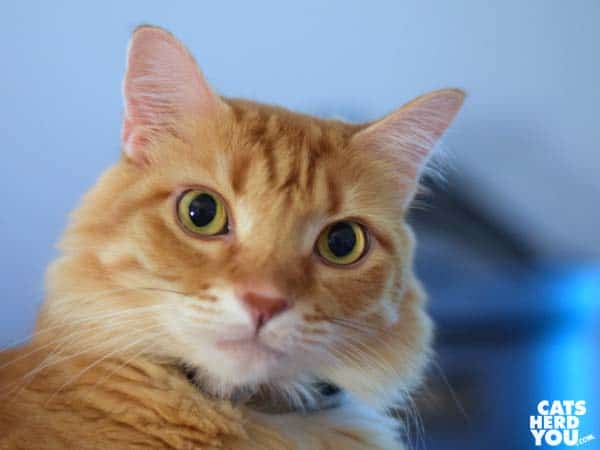 Newton: I’m thankful when Cupcake goes out and she isn’t pouncing on us. Those are the best naps.

Pierre: Newt! That isn’t what I meant by what you’re thankful for.

Pierre: * sigh * Ashton, what about you? What are you thankful for?

Pierre: We all will. 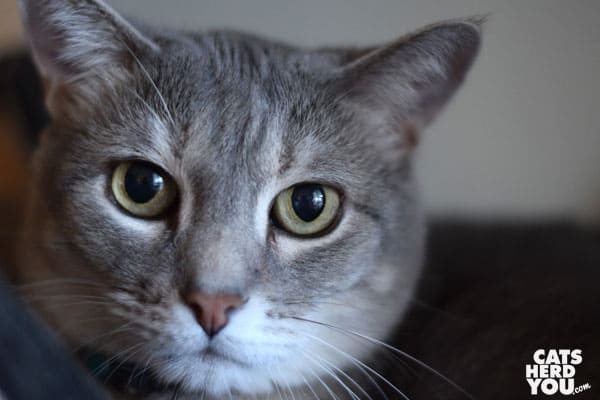 Pierre: We’re also thankful for every one of you, our readers and friends. Thank you for sharing our laughter and for learning with us. And if your family celebrates it, happy Thanksgiving!

Ashton: It’s the most wonderful time of the year: when the windows and doors are finally open after the long summer months. 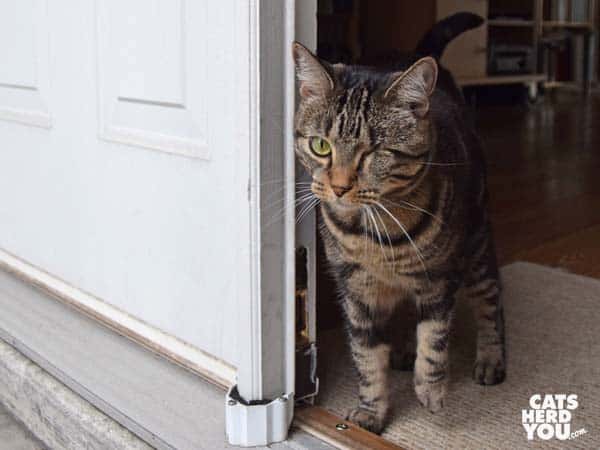 Ashton: I can finally walk out onto the porch and smell the outside smells. 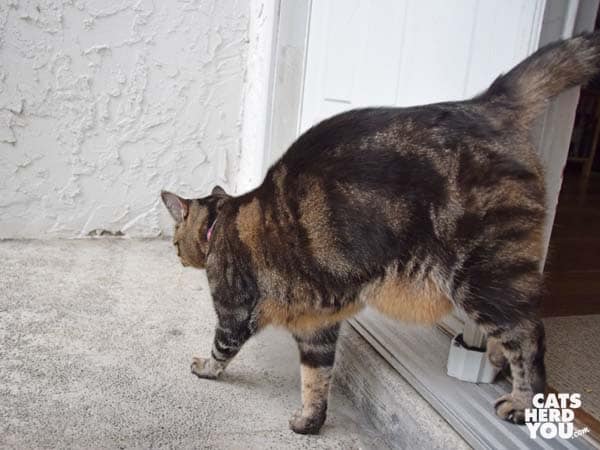 Ashton: And I can see the birds, too! You know I could catch them if I really wanted to. 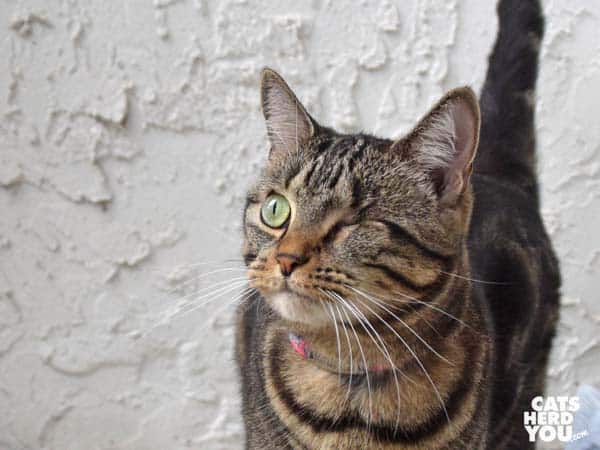 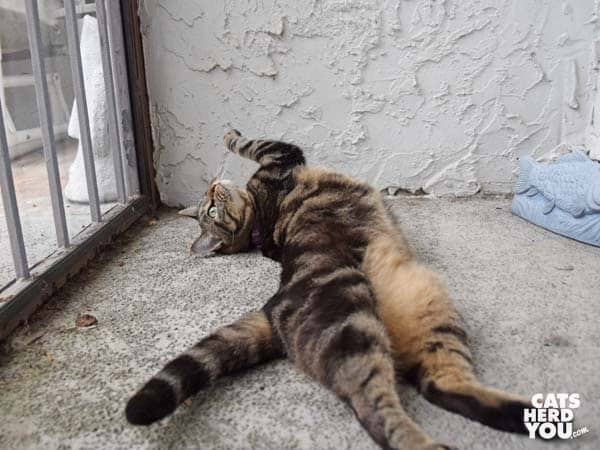 Ashton: Wait, did I see a bird again? 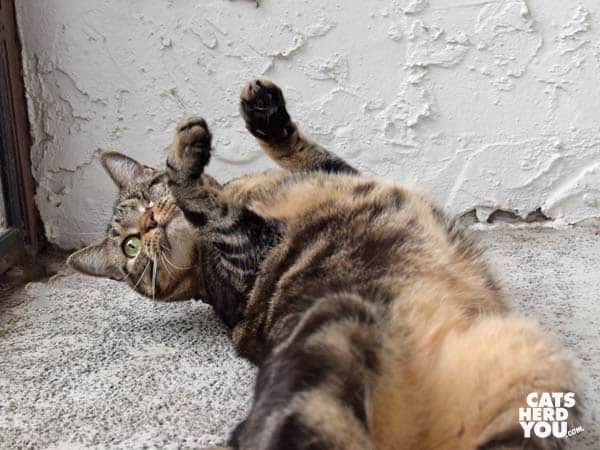 Do you have open windows so you can smell the outside smells now, too?

Cupcake: What IS that, Mr. Newton?

Newton: I think it used to be a chicken. Now it’s just leftovers. 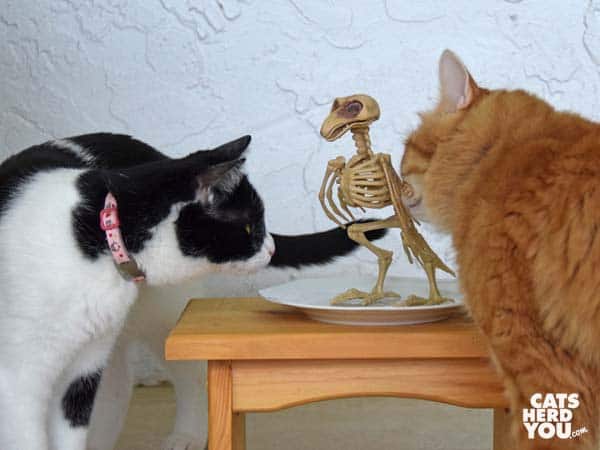 Cupcake: Leftovers? Thank goodness. I was worried that it was a new cat food.

Newton: If you stole less treats, you wouldn’t have to worry about getting put on a diet like this one.

Cupcake: HEY! That’s not nice. Also, I think I see a little bit of food left under the lip of this plate. 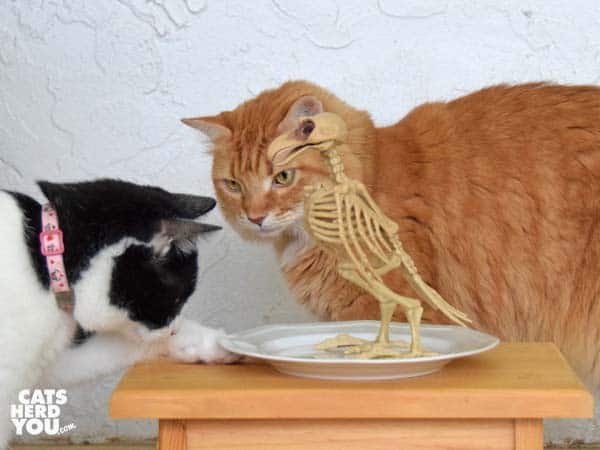 Cupcake: If there’s leftovers under the plate, that means the bird started out, you know, not naked like that.

Newton: Who do you think ate it? 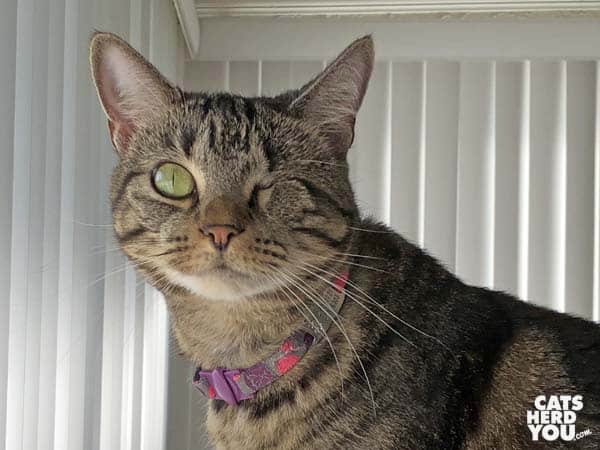 We’ve heard from some of our readers that there isn’t enough Ashton around here these days. 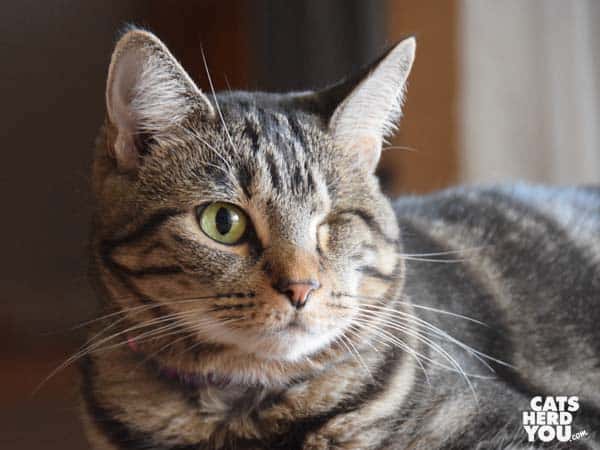 When a cat makes less appearances on a site, it makes people wonder whether their health is going downhill. Don’t worry, that’s not the case at all. Ashton is doing fine! 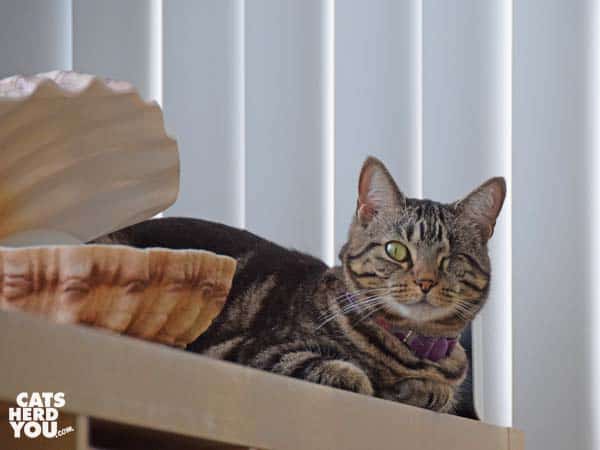 Ashton has always preferred solitary play with toys when no one else is looking. Cupcake likes pouncing on Ashton, and that isn’t Ashton’s idea of a fun game. So when the camera comes out, Cupcake comes running to be the class clown, and Ashton tends to step back. 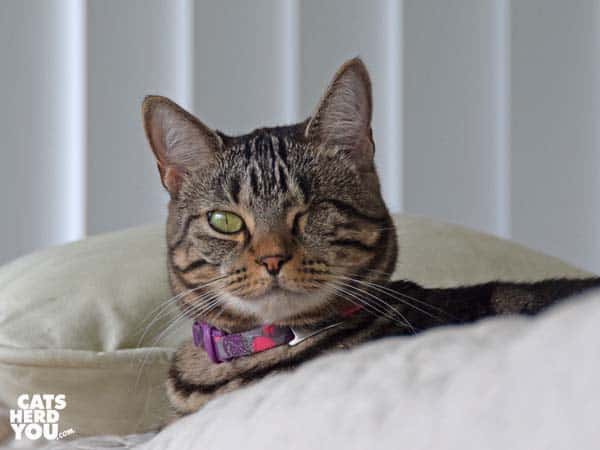 But don’t worry, when she thinks there are treats, Ashton comes out to show her “Is that chicken?” face. 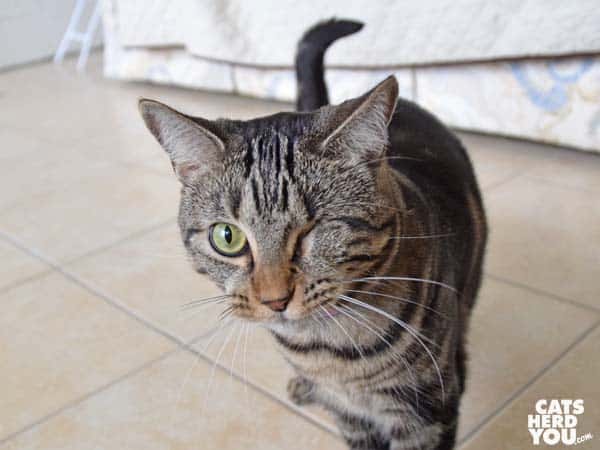