You are here: Home / Rescue / Pet Microchips and Cancer: Know the Facts

I am seeing a lot more posts on social media about pet microchips causing cancer, and it’s not supported by the facts. Since information circulating on social media can cause people to make decisions about whether or not to chip their pets, I wanted to take a look at the current science about it.

What is a Pet Microchip?

A pet microchip is a small object about the size of a grain of rice that is injected under a pet’s skin between the shoulder blades. Each chip is encoded with a unique number, and when a microchip scanner is passed near the pet, the chip emits a radio wave with the that identifying number. The scanner then displays the unique number of the chip, uniquely identifying the pet. 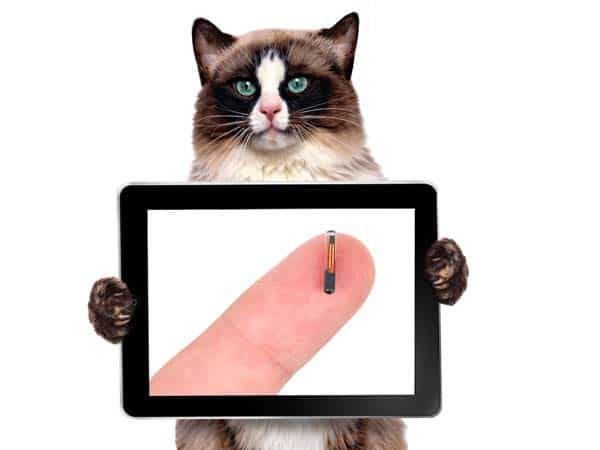 Do Microchips Cause Cancer in Cats and Dogs?

The most common adverse reaction reported to microchips is migration, when the chip does not remain behind the cat’s neck and between his shoulder blades. This happened to Pierre. His chip is located over the middle of his left shoulder blade. The risk of a migrated microchip is that it may not register if someone runs the scanner down the cat’s back if it migrates far enough. It isn’t a health risk. 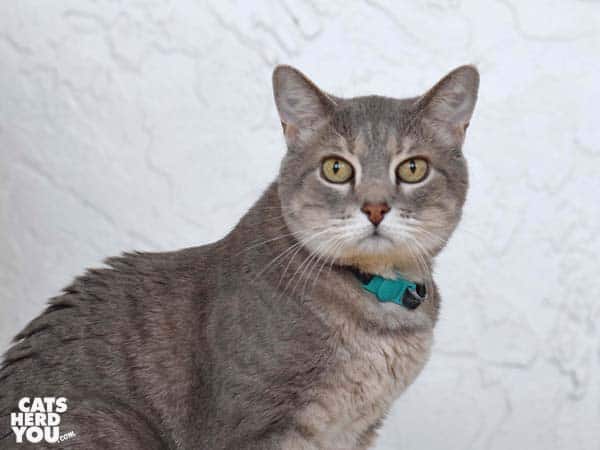 The BSAVA reported 2 tumors at the microchip site in 3.7 million microchipped pets. In one of these cases, veterinarians are unsure whether the tumor was from a vaccination that was given at the same location.

Why Microchip your Cat?

On the other hand, the American Humane Association estimates that over 10 million dogs and cats are lost or stolen in the US every year. The return-to-owner rate is SO much higher in pets with chips, especially for cats. 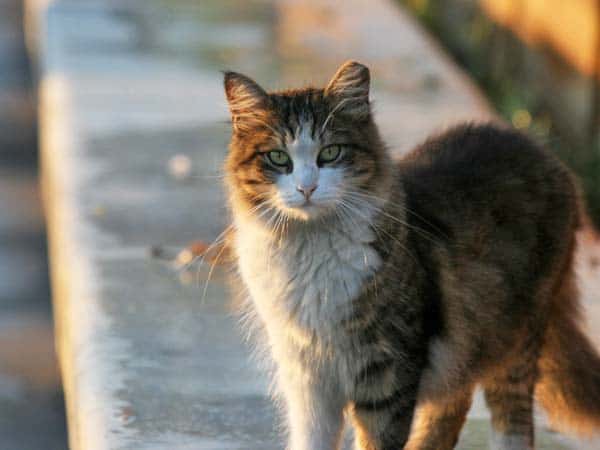 Ultimately, you have to decide what’s best for your cat. Every choice you make balances risks and rewards for your pets, from microchipping to what diet you choose for your furry companion. I am an advocate of microchips for identification because the chance of a cat being lost is much higher than 2 in 3.7 million, and I see a lot of heartbreak every week from people searching for their lost cats.