Newton has a black spot stretching up his philtrum, the vertical groove in his nose. You may have noticed that it looks like he’s always a little dirty there, but he’s a very clean cat. He has lentigo. 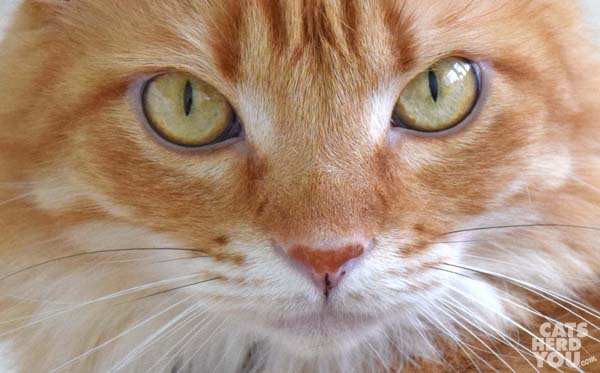 Lentigo simplex a genetic condition in orange, calico, and tortoiseshell cats resulting in dark spots found which can begin appearing as early as when the cat is a year old. The lentigines (the fancy plural word for lentigo) begin appearing first on a cat’s lips, small and having no symptoms. Unless your cat spends time checking out his lips in the mirror, he won’t know they are there because he can’t feel them any more than a human feels freckles.

Unlike freckles, lentigines don’t change appearance by time of year or by the amount of sun exposure your cat gets. Once your cat has lentigines, it may get larger, or others may follow. Spreading along his lips, gums, nose, and even appearing on his eyelids and/or the inside of his ears. They can even appear on your cat’s footpads. 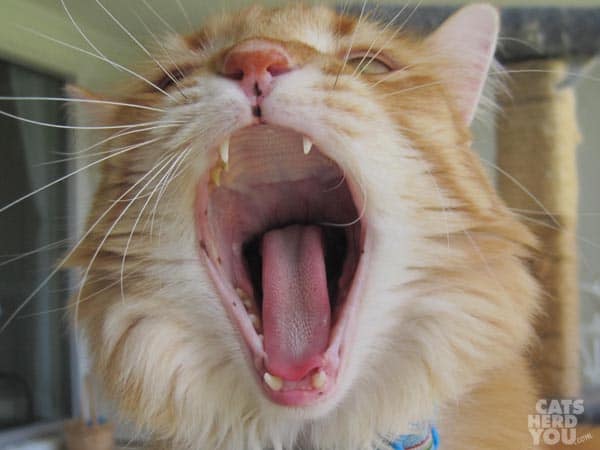 Newton has a pretty mild case of lentigo. Other cats have much more distinctive lentigines. 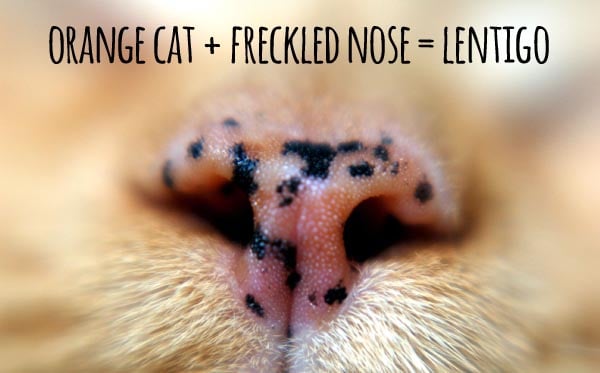 The good news is that lentigo is just cosmetic, and it doesn’t develop into melanoma. The only bad news is that there’s no way to at a glance for you at home to tell lentigines apart from melanomas. If you’re ever concerned about a spot on your cat, especially if it changes in size or becomes raised or tender, see your vet to be on the safe side.